Cryptocurrencies have resumed selling pressure after the December 4 plunge.

CoinIdol, a world blockchain news outlet, has compiled a list of the five cryptocurrencies that have seen the biggest drop in price over the past 7 days.

Decred (DCR) is in a downward trend. The cryptocurrency was the worst performing altcoin last week. The altcoin peaked at $180 but crashed to a low of $61. Decreed fluctuates between the crucial support at $95 and the resistance at $180. On December 9, the bears broke the crucial support, which led to further downside.

Meanwhile, on September 29, a declining candlestick tested the 61.8% Fibonacci retracement level. The retracement suggests that DCR will fall to the Fibonacci extension level of 1.618 or the price level of $34.20. The cryptocurrencies have the following characteristics: 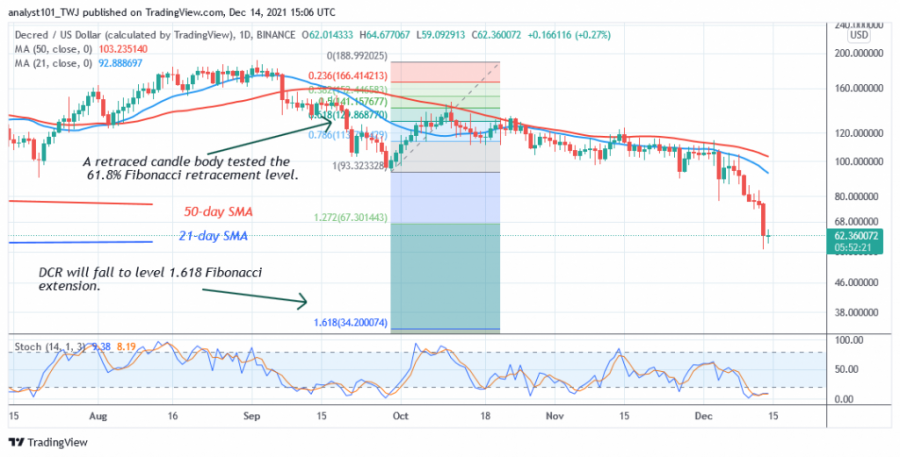 BitTorrent (BTT) has resumed its downtrend. BTT has retracted from the high of $0.0041 to the low of $0.0027. There is a probability of further downward movement. In the downtrend from December 11, a declining candlestick tested the 61.8% Fibonacci retracement level. The retracement suggests that BTT will fall to the 1.618 Fibonacci Extension level or $0.00235. It is the third best performing cryptocurrency. It has the following characteristics: 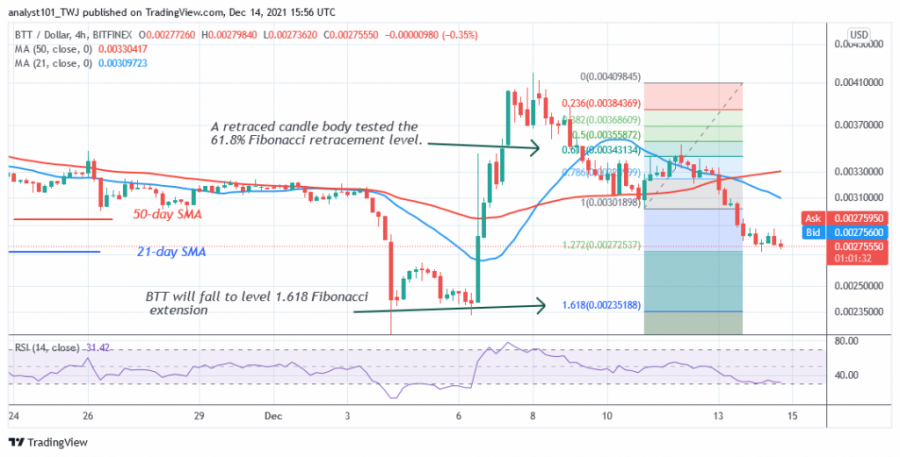 On December 4, Theta Fuel crashed to a low of $0.20. Today, the bears have undercut support at $0.20 and the market continues its downward move. The cryptocurrency seems to be the third biggest loser of the past week. It has the following characteristics:

Arweave (AR) has been in a sideways trend. In August, buyers pushed the altcoin to its high price of $70. The bulls were unable to sustain the bullish momentum above the overhead resistance as the altcoin was forced to move sideways. A partial breakout occurred on November 2, leading to the current downtrend. The cryptocurrency fell and broke below the moving averages.

Polygon (MATIC) is in a sideways trend. The current uptrend reached a high of $2.20 but has been pushed back. Since October 28, the bulls have been unable to break above resistance. On December 6, the bulls broke through overhead resistance but were rejected at the high of $2.40.

The altcoin has fallen back below the overhead resistance. Selling pressure will continue if the price falls below the moving averages. The cryptocurrency was the fifth biggest loser in the previous week. The altcoin has the following characteristics: 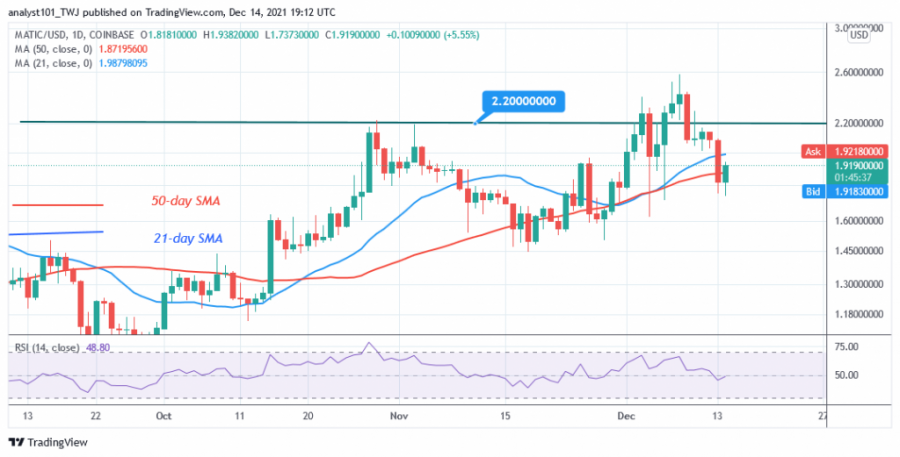