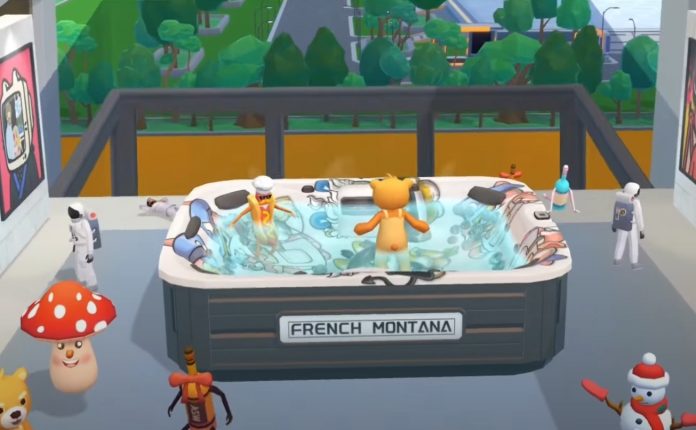 The rapper and music star French Montana performed, on April 1st, a historic show at Radio Caca’s USM Metaverse (RACA). The presentation was attended by numerous users of the Radio Caca metaverse, which is one of the most active within BNBChain.

The rap star’s presentation also celebrated the partnership between French Montana and Radio Caca that is set to revolutionize the music industry by exploring the full potential of the interaction between the digital world and the physical world and includes several initiatives, one of which is the launch the 2D Montenga Metaverse, or 2DMM, s which is a 2D metaverse powered by blockchain and NFTs with play-to-earn style gameplay. His upcoming album, Montega, will be released as an NFT and include NFT characters usable in 2DMM.

In our #USM #Metaverse, users can join a concert, sing along and dance with popular stars. We are building an ecosystem of Web3 experiences for our #RACA community. 🚀#RACA #USM #Metaverse #Concerts pic.twitter.com/N6D23zHWOz

In addition, Montana’s show in the metaverse revealed how the USM Metaverse is a next-generation immersive web environment where users can not only participate in concerts, but sing, perform, dance, or simply hang out and let go. Users are free to live a unique and immersive experience in which they can explore the diversity of their desires and expand their personality in a unique way in a 3D ecosystem that has been built by game engineers and the best experts in the market.

As part of this 3D ecosystem of experiences, Radio Caca also announced more details on how French Montana’s Montega album will be interconnected with a set of experiences in the metaverse that will revolutionize the interaction between artists, fans, producers, and consumers. Among the details are the blue-chip NFTs that are not only digital art but also a store of value and an important part of users’ digital personality and experience.

In the real world, many youths find themselves in debt with mortgages for homes and loans for their cars. Over time, these things degrade, houses need repairs, and cars wear out. For cars, they eventually end up replaced with a new ones. An endless cycle of costs and debts. In the Radio Caca universe, owned houses and cars for your avatar characters will only grow in value and create a freer future because these houses and cars are assets that can be passed down from generation to generation and grow in value.

Gold and diamonds used to be part of someone’s inheritance, but that’s not the case anymore. Now the inheritances will consist of Bitcoin, Ethereum, and a set of NFT images that come with stories, plots, identity, history, and with it traces of life.

“We believe that the younger generation, this generation, will invest more in their virtual pets and avatars as it is not much for them to obtain in real life. In the virtual world, there is a chance to grow and flourish. Owning and having something that tells the world that this NFT is truly and yours alone. That’s why they’re going to buy a house for their avatar because it’s an extension of themselves” Radio Caca in their Medium post here.

Within this new vision of NFTs as an extension of the user’s experience in the metaverse, Radio Caca also announced the French Montana Jacuzzi as the first exclusive piece of fashion furniture in the USM Metaverse.

The French Montana Jacuzzi will also be an NFT style banner, usable for their Twitter banner. When the NFT Jacuzzi is deposited in the USM Metaverse, it becomes a luxurious 3D Jacuzzi, and the owner can use it to decorate your home in the Metaverse and even throw a party in the Jacuzzi.

Disclosure: This is a sponsored press release. Please do your research before buying any cryptocurrency.