Everything You Should Know About Litecoin Cryptocurrency 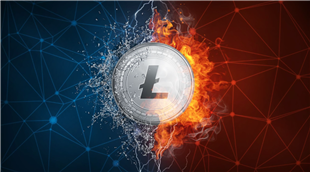 It’s a peer-to-peer cryptocurrency that was founded 10 years back in October 2011 by Charlie Lee, a former Google employee. Litecoin (LTC) was termed “lite version of Bitcoin” by the founder at the time of market debut. Storing instructions on how to utilize an LTH holding in a digital wallet, certification of ownership, method of exchange of assets, and the value and number of assets transferred is possible.

LTC enables instant payment to anyone in the world with negligible cost – transaction fees is US$ 0.05. It’s an open-source, global payment network without any intermediary to process the transaction. One of the features of LTC is quick transaction confirmation and enhanced storage efficiency as compared to leading math-based currency. Other features include liquidity, equality, and faster technology.

With the passage of time, cryptocurrency is being embraced the world over and investors are looking out for better investment options in these private cryptocurrencies. All the cryptocurrencies use blockchain technology-based platforms that aid in keeping open records or blocks between seller and buyer. LTC has a finite and predictable supply which would be limited to 84 million coin-mining, making it a scarce asset partly deriving its value from scarcity. Owing to limited supply, LTC is also marketed as silver to Bitcoin’s gold to attract investors.

Investors could buy Litecoin  through a cryptocurrency exchange where LTC is regularly traded, even on weekends. The cryptocurrency thus bought needs to be stored in a safe and secure place called digital wallets. These wallets could be stored on Android, iPhones, laptops and desktops using software. Generally, four types of wallets, namely, paper wallet, mobile wallet, hardware wallet and desktop wallet could be used for storing digital currency where access would be through a private key generated for the purpose.

While an investor could buy Litecoin through crypto exchanges, one could procure it by getting into mining activity, where mining an LTC block takes just 2.5 minutes. In addition to earning newly minted LTC as a reward, miners also get rewarded with fees for each transaction. Other ways of earning LTC as reward could be watching video ads, playing video games, participating in surveys or referring friends who are inclined to engage in LTC buying or trading activity. Investors could also opt for derivatives trading under contract-for-difference (CFD) option, where cryptocurrency movement could be speculated by going long or short on trades. For this purpose, a leveraged trading account needs to be opened to commence speculating on the LTC CFDs.

Litecoin price is currently trading around US$ 175, which keeps changing with every transaction. Litecoin touched an all-time high of US$ 386.45 attained on 9th May 2021. As regards market capitalization, LTC ranks at 15th position with a market cap of around US$ 12 billion, as on date. It could be exchanged for a wide variety of fiat trading pairs, namely, USD, Korean won (KRW), Euros (EUR), Indian Rupee (INR) and more when Litecoin is bought. LTC to INR conversion rate currently stands at Rs 13,100/- approximately. It could be divided up to 8 decimal places, which makes it convenient to buy a Litecoin in fractions with a small amount. In India, ZebPay was among the first cryptocurrency exchanges launched in 2014. Other prominent crypto-exchanges include WazirX, CoinSwitch Kuber, CoinDCX, BuyUCoin and Unocoin. Considering quadruple supply of Litecoin compared to leading cryptocurrency, it’s becoming a highly sustainable medium of exchange.  More than 2000 merchants and stores across the globe accept LTC as a payment medium.