Crypto Scams: Are Things Getting Out of Hand? 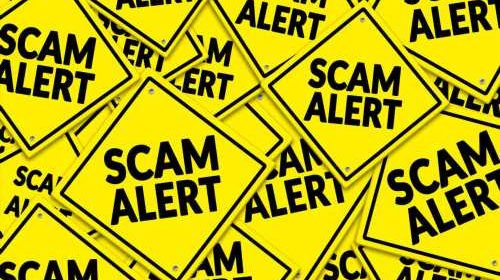 Scams, scams, and more scams… It seems whenever we look at news relating to crypto as of late, it’s all we hear about, and according to several tech experts, the problem is getting worse.

Crypto Scams Are a Serious Problem

Scams have always occurred in the digital currency industry, but they have become more elaborate as time has gone by and the space has undergone change. For example, it used to be that a cyberthief ultimately gained control of the assets in a digital currency trading platform and made off with the profits. Nowadays, there is a much more common occurrence that involves posting a phony address and convincing everyone to send their BTC in for a good cause.

A situation like this occurred recently on YouTube. Tim Dodd – a blogger and well-known space enthusiast – had landed a tour of the SpaceX rocket facilities in Texas over the summer and got to view the entire complex alongside CEO Elon Musk. He recorded his observations and posted them to his YouTube channel not long after.

One day, Todd sat down at his computer and noticed something odd about a new video that popped up. This video was about donating bitcoin to St. Jude’s Children’s Hospital, and for some reason, it had incorporated his footage of SpaceX. He saw his own video used without his permission and for illicit purposes, as he was assured later that this was all part of one of many elaborate scams to get people to send their bitcoin to hacker-owned addresses.

He commented in an interview:

It just makes me feel so hopeless.

Situations like these are becoming far more common. Usually, these are seen on social media platforms such as Twitter. Such an event occurred two summers ago when a teenager gained control of several Twitter accounts owned by high-profile individuals like former President Obama, Elon Musk, and Bill Gates. The teenager posted information regarding a false bitcoin giveaway. If individuals were willing to send their BTC to a specified address, their funds would be doubled.

Sadly, this did not happen. The teenager walked away with more than $100,000 in BTC funds before being arrested and sentenced. A spokesman for the company recently came out and said:

We’re constantly adapting to bad actors’ evolving methods and have made improvements in combating cryptocurrency scams on the platform.

Everyone Else Is Being Forced to Change

Satnam Narang – a staff research engineer at the security firm Tenable – estimates that approximately $10 million in crypto was stolen through scams prior to Elon Musk’s anticipated SNL appearance earlier in the year. Narang says that many of these scams continue because people suffer from FOMO:

Even though cryptocurrency has been around for over a decade now, it’s just started to take hold. A lot of people have a fear of missing out.