Cardano is in a Downward Correction, May Further Decline

After the downward impulse on September 21, the price of Cardano (ADA) has continued its downward correction. The altcoin is trading in the downtrend zone as buyers fail to keep the ADA price above the moving averages.

The altcoin is in a downward correction between $1.90 and $2.30. The price movement is insignificant as the market is characterized by small candle bodies called doji and spinning tops.

The candlesticks indicate that buyers and sellers are undecided about the direction of the market. Buyers have a difficult task ahead of them to take Cardano to the previous highs. The bulls need to break out above the moving averages to resume the uptrend. In other words, buyers need to keep ADA above the $2.40 high. Today, the price of ADA is falling after being rejected by the 21-day line SMA. However, if sellers take advantage and push the price of ADA above the current support, the downtrend will resume.

For the past two weeks, the crypto’s price has been below its moving averages, suggesting that Cardano may fall to the downside. The altcoin is still at level 45 on the Relative Strength Index for period 14, indicating that ADA is in the downtrend zone and below the midline 50. Cardano is falling as it is below the 50% area of the daily stochastic. 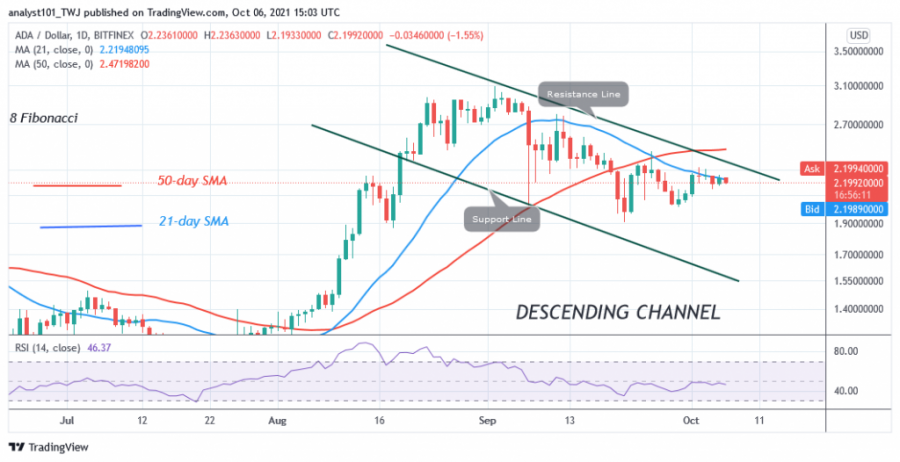 What is the next move for Cardano?

Cardano has resumed its downtrend after being rejected twice at $2.30 and $2.25. Meanwhile, on October 2, the downtrend showed a retracement candlestick tested the 38.2% Fibonacci retracement level. The retracement suggests that ADA will fall to the 2.618 Fibonacci extension level or the low of $2.07. 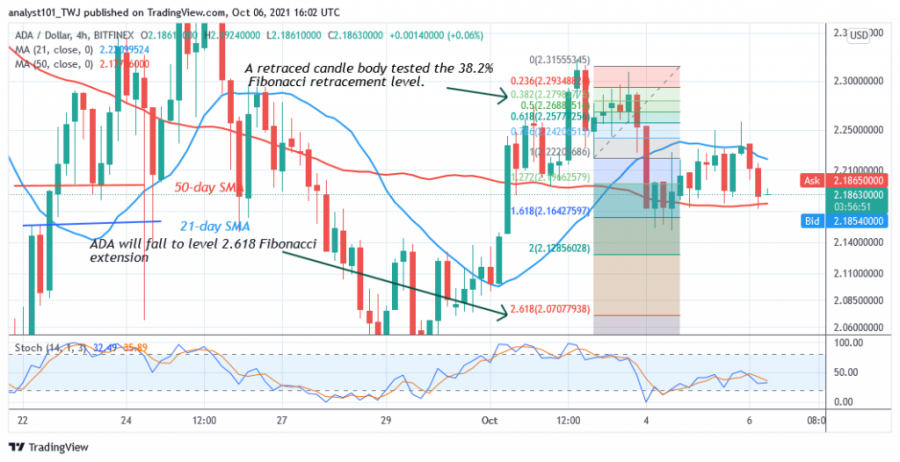