Cardano Consolidates in a Range as It Faces Strong Rejection at $0.65

The price of Cardano (ADA) is in a sideways movement as the bears try to break above the moving average lines. The cryptocurrency is fluctuating between $0.40 and $0.65 price levels.

ADA is at level 48 on the Relative Strength Index for period 14, indicating that the altcoin is in a downtrend and could continue to decline. ADA is currently below the 20% area of the daily stochastic. The market has reached the oversold area. Further selling pressure is unlikely. 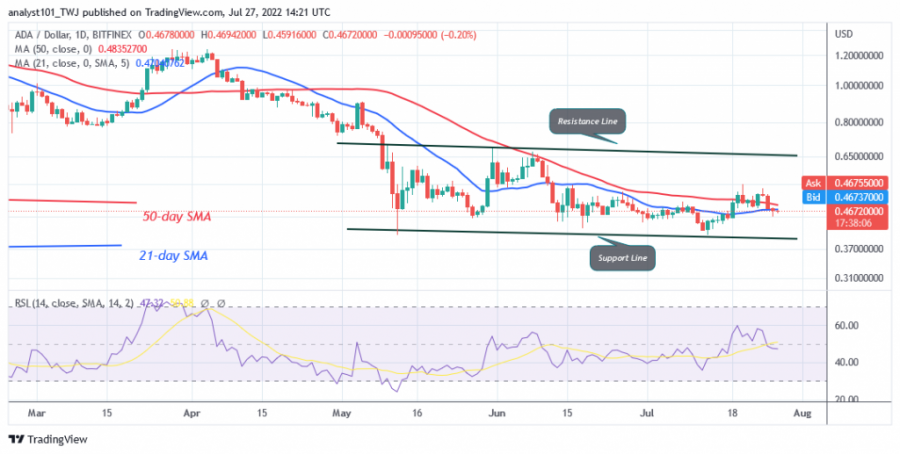 What is the next move for Cardano?

Cardano is in a sideways movement. The uptrend will resume when the price breaks above the high of $0.65. In the meantime, the price movement is characterized by small indecisive candlesticks. The candlesticks indicate that buyers and sellers are undecided about the direction of the market. 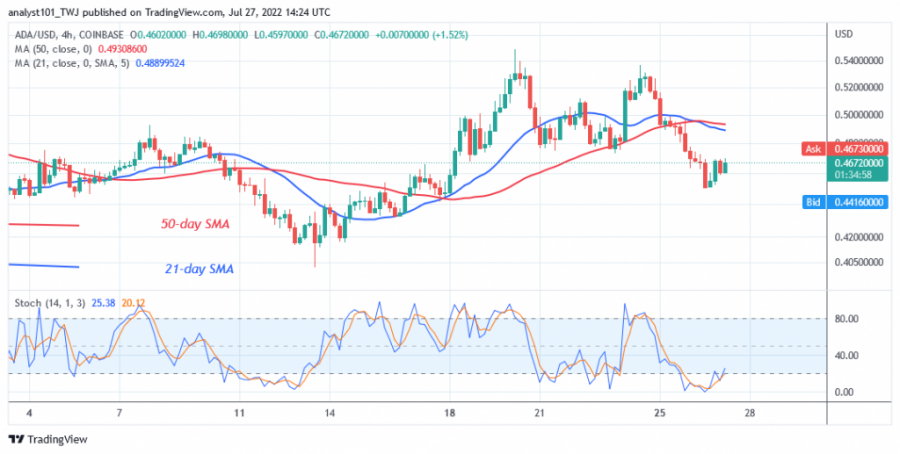