This year, the US stocks and Bitcoin’s correlation is recorded lowest this year. When the 40-day connection between the world’s first cryptocurrency and Nasdaq 100 is considered, there is a fall below 0.50, the range that was last recorded in January. 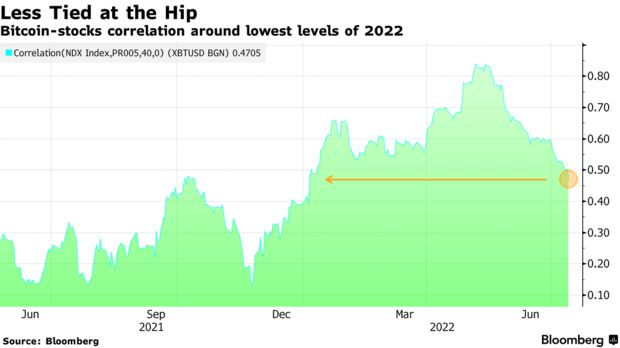 Recently, when the US dollar registered two-decade high, while Bitcoin price lost its recovery phase tumbling down below $20,000.

Meanwhile, it’s seen that Bitcoin/Dollar is trying its best to regain its $20,000 price level amidst the 40-year high US inflation figures in Consumer Price Index (CPI) data.

The BTC/USD pair did reclaim $20,000 level this morning, July 14, before falling back at $19,600 level making it a new support. However, the gains above $20,000 looks like a narrow path with increasing inflation.

Once the CPI data was released the US dollar index (DXY) plunged, but returned to one of its highest levels since 2002. The new surge was at 108.64. 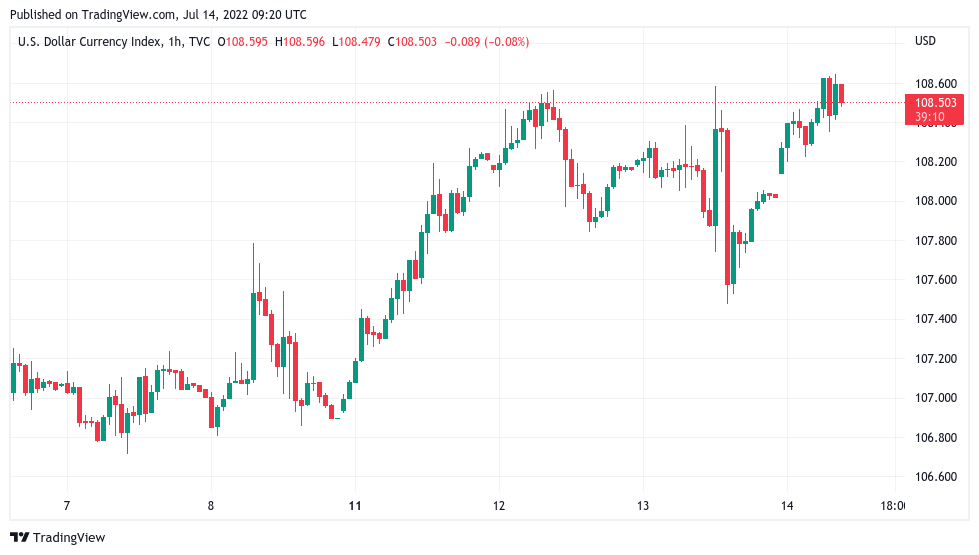 The US dollar surge has fueled the already negatively impacted Bitcoin and the other risky assets.

According to the sources, a few people think that the Fed will also be forced to stop inflation-busting interest policy increases by the end of 2022.

Regarding altcoins, one analyst cautioned that the lack of movement over the previous 24 hours was not a guarantee that prices would not fall further.

Il Capo of Crypto anticipated negative developments for the below two assets in the 10 leading cryptocurrencies by market cap. The first is Ethereum, which is on the verge of dropping to a three-digit price level. The second asset is cardano

Followers : 0 View profile , which has plunged six times in just a week.

However, an altcoin that has “fallen deeper than others” this year may yet have a comeback, according to data from research firm Santiment.