The cryptocurrencies reviewed here are the best performing cryptocurrencies over the past week. The largest cryptocurrency, Bitcoin, has fallen below the psychological price level of $30,000. This has contributed to the overall price decline.

TRON (TRX) is in a downtrend as the altcoin is facing rejection at the high of $0.0925. In the previous uptrend, the bulls broke through the resistance at $0.09 but could not sustain the bullish momentum above this level. Meanwhile, TRON has dropped to the low of $0.07 as the altcoin resumed its consolidation above the current support. TRX/USD will start a new uptrend if the current support holds.

Meanwhile, the May 9 downtrend has a candlestick body testing the 61.8% Fibonacci retracement level. The retracement suggests that TRX will fall to the 1.618 Fibonacci extension level or $0.07. The price action shows that the altcoin retested the Fibonacci extension and retraced. TRON is the best performing cryptocurrency in the past week. It has the following characteristics: 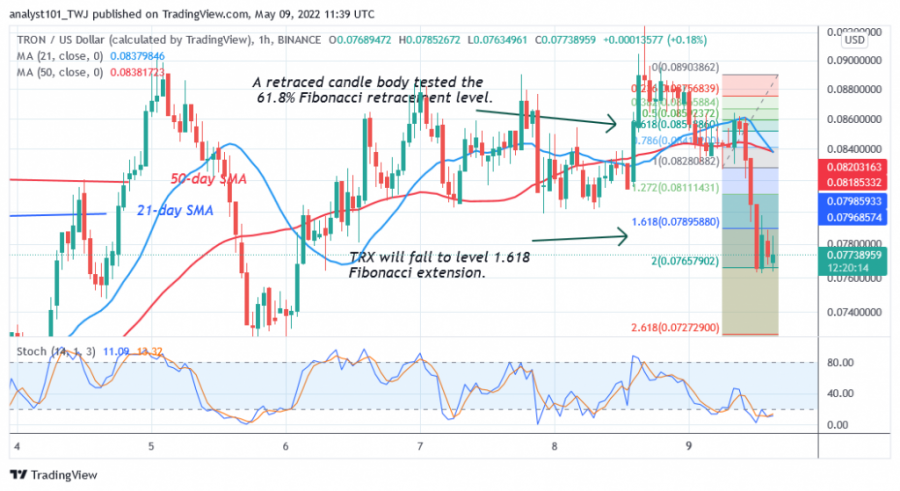 However, if the current support holds, the altcoin will fluctuate between $11 and $17. The cryptocurrency is at level 36 of the Relative Strength Index of period 14, which indicates that the market is in a downtrend and can fall downwards. It is the cryptocurrency with the second best performance in the past week. It has the following characteristics: 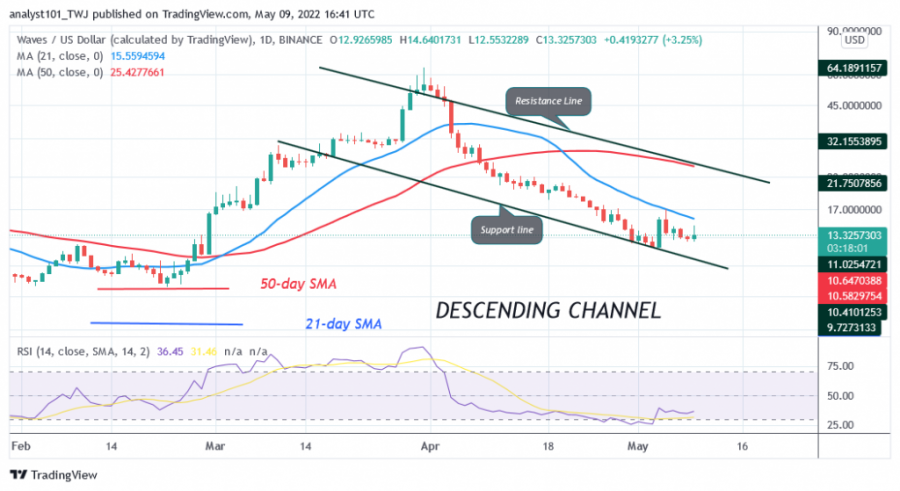 Meanwhile, a candlestick tested the 78% retracement level on April 10. The retracement suggests that ALGO will rise to the Fibonacci extension level of 1.272 or the price level of $0.61. ALGO is the cryptocurrency with the third best performance last week. It has the following characteristics: 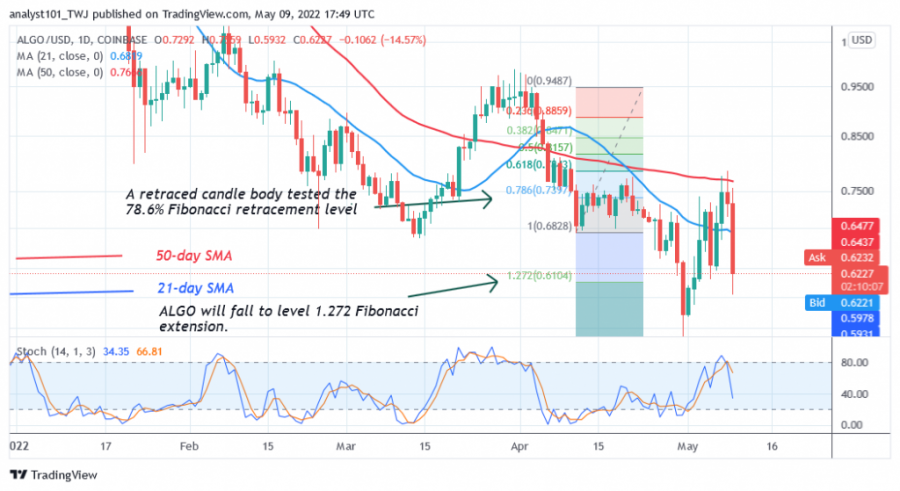 1inch Network (1INCH) is in a downward correction as bears attempt to break below the April 30 price level. If the bears drop below the $1.07 support, selling pressure will resume. Conversely, the altcoin will be forced to move within the trading range if the current support holds.

The altcoin is below the 20% range of the daily stochastic. This indicates that the market has reached the oversold area. Selling pressure has eased as buyers emerge from the oversold area. INCH is the fourth best performing cryptocurrency in the past week. It has the following characteristics: 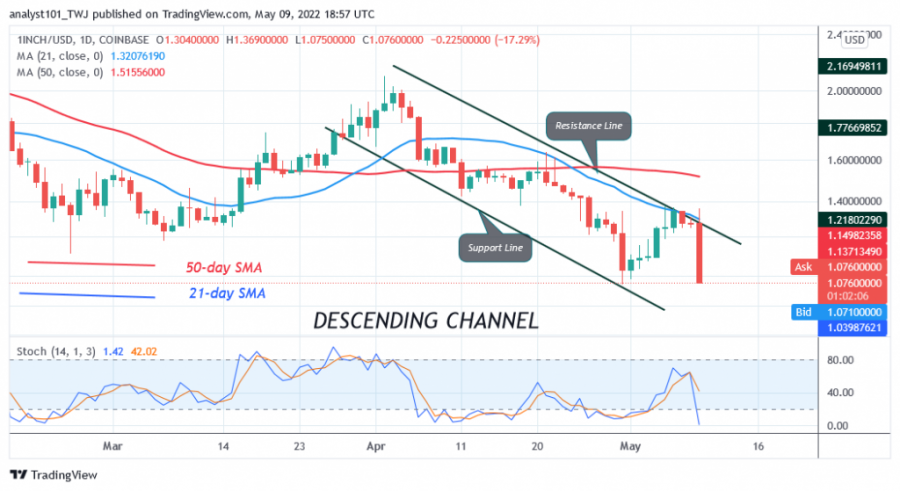 Curve DAO Token (CRV) is in a sideways trend as the cryptocurrency is trading below the overriding resistance of $2.80. Since March 2, the bulls have not yet managed to keep the price above the overhead resistance. On April 4, the bulls broke through the resistance but were rejected. 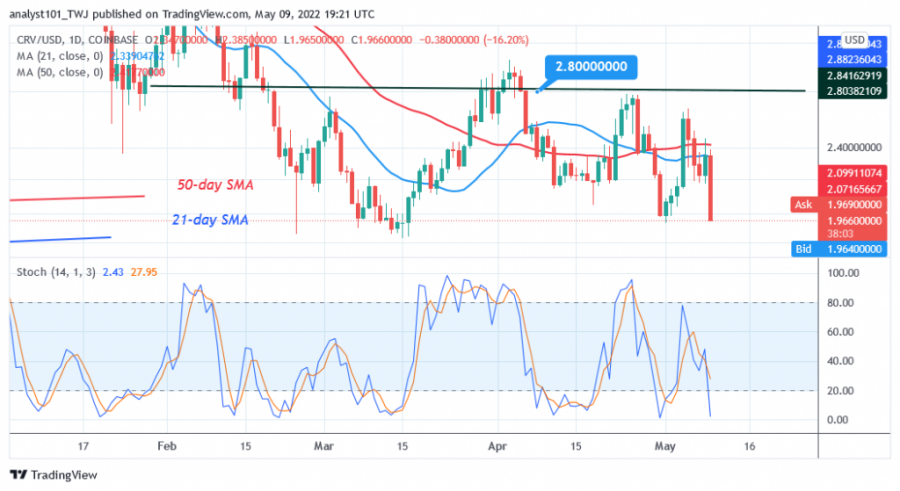