With "Zatko Complaint" By His Side, Elon Musk Tries To Call Off Twitter Deal Again 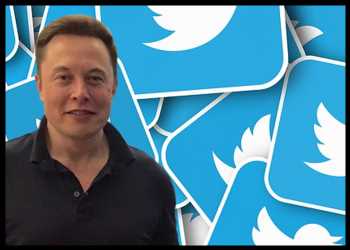 Billionaire Elon Musk on Monday submitted another notice expressing his intention to forgo his purchase of social media platform Twitter Inc. (TWTR). Musk took reference of the “Zatko complaint”, or the whistle blower while filing the notice to cancel the $44 billion deal.

The whistle blower, who is the former security chief of the social media company, had alleged that Twitter had gravely misused customer data and did not have proper control of the site’s main systems.

The Elon Musk filed the notice citing that it was not needed legal due to an earlier motion to call off the purchase. The filing of August 29 filing was done to make sure that the deal gets called off even if Elon Musk’s earlier claims are rejected.

The whistle blower, identified as Peiter “Mudge” Zatko, had sent an 84-page filing to U.S Congress in July. According to the complaint, Twitter executives misled the company’s board, shareholders and federal regulators about “extreme, egregious deficiencies” in its cybersecurity defenses.

In response to Elon Musk’s latest filing, Twitter released a statement that
his new filing is “based solely on statements made by a third party that, as Twitter has previously stated, are riddled with inconsistencies and inaccuracies and lack important context.”

The social media platform added, “Contrary to the assertions in your letter, Twitter has breached none of its representations or obligations under the Agreement, and Twitter has not suffered and is not likely to suffer a Company Material Adverse Effect. Twitter intends to enforce the Agreement and close the transaction on the price and terms agreed upon with the Musk Parties.”

The whistle blower allegations add to Musk’s earlier claims of Twitter mismanagement, with Tesla owner stating that Twitter could be under threat from the legal complications of the expose.