The Organization of the Petroleum Exporting Countries (Opec) and its partners, such as Russia, collectively termed Opec+, have decided to cut crude oil production by 100,000 barrels per day (bpd) from October onwards, at a meeting on Monday. 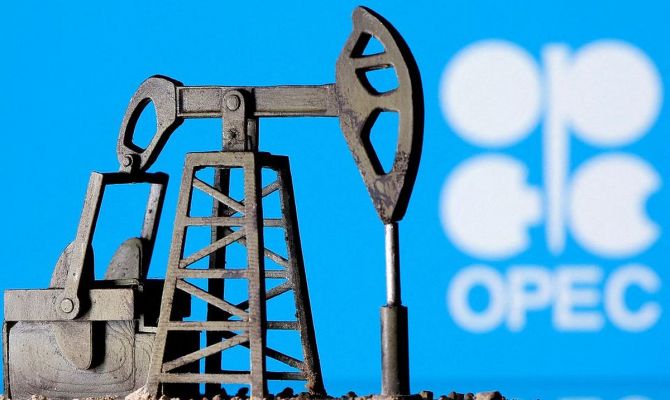 In a step that may increase prices in India, the group has decided to reduce output quotas for October, after a fall in global oil demand outlook.

The cut in output is equal to 0.1 per cent of global supply.

It effectively reverses an increase in supply by a similar amount last month.

An intergovernmental organisation of 13 major oil-producing nations, such as Saudi Arabia, Iran, Iraq, and Venezuela, among others, Opec has been called a ‘cartel’ by economists.

Member countries accounted for an estimated 44 per cent of global oil production and 81.5 per cent of the world’s ‘proven’ oil reserves as of 2018.

Brent crude oil prices had registered a rise of more than $3 per barrel to $96.65 as of the time of writing this report.

For India, every $1 per barrel increase in crude oil prices will have an impact on its current account deficit by around $1 billion.

India is the third-largest oil consumer in the world, and the country meets 85.5 per cent of its crude oil demand from imports as of 2021-22 (FY22).

Higher oil prices have been the primary reason as volumes remained lower than they were before the pandemic.

This was, however, lower than the pre-pandemic imports of 227 mt in FY20.

In 2023, oil prices had risen sharply until April owing to the Russian invasion of Ukraine.

Prices have receded since July.