U.S. Stocks Show Another Substantial Move To The Upside 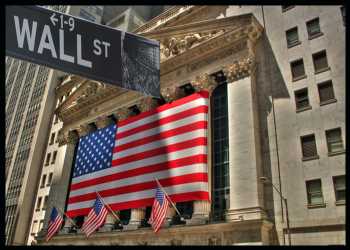 Following the rally seen to start the week, stocks showed another strong move to the upside during trading on Tuesday. The major averages all moved sharply higher, with the tech-heavy Nasdaq posting a particularly strong gain.

Easing concerns about the impact of the Omicron variant of the coronavirus contributed to the continued strength on Wall Street.

Uncertainty about Omicron led to substantial volatility in the markets last week, with the major averages hitting their lowest levels in well over a month.

With the major averages still well off their recent highs, traders continued to use the recent weakness as an opportunity to pick up stocks at somewhat reduced levels.

Intel (INTC) helped lead the rally on Wall Street, as the semiconductor giant is jumped by 3.1 percent to its best closing level in well over a month.

The spike by Intel comes after the company announced its intention to take its self-driving car unit Mobileye public in the United States in mid-2022 via an initial public offering.

In U.S. economic news, the Commerce Department released a report showing the U.S. trade deficit narrowed significantly in the month of October amid a spike in the value of exports.

The report said the trade deficit decreased to $67.1 billion in October from a revised $81.4 billion in September. Economists had expected the deficit to narrow to $67.5 billion from the $80.9 billion originally reported for the previous month.

With Intel helping lead the way higher, semiconductor stocks showed a substantial move to the upside on the day.

Reflecting the strength in the sector, the Philadelphia Semiconductor Index skyrocketed by 5 percent to a new record closing high.

Considerable strength was also visible among oil service stocks, as reflected by the 3.3 percent spike by the Philadelphia Oil Service Index.

The rally by oil service stocks came amid another sharp increase by the price of crude oil, with crude for January delivery surging $2.56 to $72.05 a barrel.

Software, biotechnology, computer hardware and steel stocks also saw notable strength on the day, moving higher along with most of the other major sectors.

The major European markets also showed strong moves to the upside on the day. While the U.K.’s FTSE 100 Index jumped by 1.5 percent, the German DAX Index and the French CAC 40 Index soared by 2.8 percent and 2.9 percent, respectively.

In the bond market, treasuries extended the sharp pullback seen in the previous session. As a result, the yield on the benchmark ten-year note, which moves opposite of its price, climbed 4.6 basis points to 1.480 percent.

A lack of major U.S. economic data may lead to light trading activity on Wednesday, although traders are likely to keep an eye on additional news on the Omicron front.