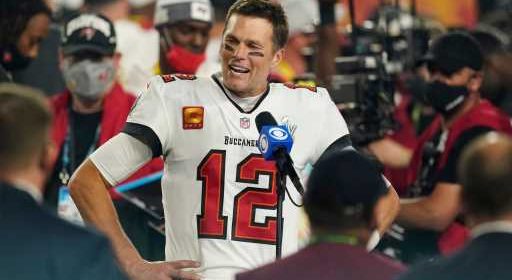 Quarterback Tom Brady has been confirmed as Fox’s lead NFL analyst, with the job waiting for him whenever his playing career finally concludes.

Fox Corp. CEO Lachlan Murdoch broke the news during the company’s fiscal third-quarter earnings call. Asked when the deal would begin, given that Brady made news by un-retiring a few weeks ago, Murdoch said, “It is entirely up to him for when he chooses to retire and move into what will be an exciting and stellar television career. That is up to him to make that choice when he sees fit.”

Over the course of an agreement Murdoch called “long-term,” he said Brady will “not only call our biggest NFL games with lead play-by-play man Kevin Burkhardt, “he will also serve as an ambassador for us, particularly with respect to client and promotional initiatives. We are delighted that Tom is committed to joining the Fox team and we wish him the best in this upcoming season.”

Brady has appeared in 12 Super Bowls, winning seven, all but one for the New England Patriots. After 20 seasons in New England, he moved to Tampa Bay, winning one more title with the Buccaneers.

Brady has had longevity unlike virtually any other professional athlete, playing a hazardous sport well into his 40s. Last February, he said he would finally hang up his helmet, citing his desire to spend more time with his family and pursue other interests. A few weeks later, he opted to come back as the Buccaneers starting quarterback.