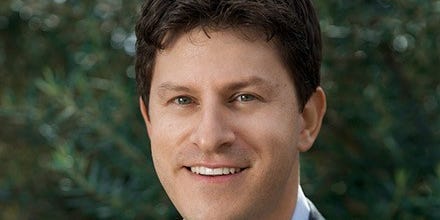 The $9 billion-plus cybersecurity startup Tanium has hired an unnamed chief financial officer who is doing a “readiness assessment” of whether the 14-year-old company can begin the process of going public, CEO Orion Hindawi told Insider on Thursday.

Tanium, founded in 2007, has raised hundreds of millions in funding in the past year. It just announced a $150 million Series H from Fabrica Ventures and Ontario Teachers’ Pension Plan in February. And last year, it announced that it raised $150 million in funding in October and a “strategic investment” from Salesforce Ventures in June. In total, it has raised $982.79 million, with a valuation of over $9 billion.

“If we do a great job as a company, we can go public in a reasonably short amount of time,” Hindawi said. “I think this IPO planning process, the whole process of doing a readiness assessment, is going to shine a light on how big the gaps are and what we need to do.”

Tanium has intermittently discussed an IPO for years, with Hindawi voicing different attitudes towards the process at different times. Hindawi previously told Insider that the company was on track to book $600 million in revenue over the current fiscal year.

Now, Hindawi says, Tanium is inching closer to readiness — though he won’t commit to a specific timeframe.

“We’ve had a continuous process and we are getting more serious about this process over time,” he said. When asked if Tanium might go public within the next 12 months, Hindawi replied, “I think it’s possible, but I think that it really depends on that gap analysis being performed.”

Hindawi confirmed the company has hired a new CFO, but would not name who it is. He said the news would be announced when the CFO starts work with the company, and that IPO assessment was a key qualification for the job. “We believe finding someone who has the ability to do that process well was a real consideration in the process,” Hindawi said.

“We’re doing an internal review of each department in the company with our new CFO running that process, who has a lot of experience with this process, to be able to understand what we need to improve,” he added.

This new CFO, whoever it is, is not Tanium’s first. Its most recent CFO, Jim Jackson, left in November after working at Tanium for 10 months. Before that, Eric Brown, who served from 2014 to 2017, held the role. Former co-CEO Fazal Merchant took the CFO role from 2017 to 2019 and remains as a board member of Tanium.

Tanium also said on Tuesday that the company will not unilaterally exercise the right to buy back stock from employees – whether they want to give it up or not. Insider wrote about that controversial practice in October, which experts said at the time was not “standard for venture-backed companies.”

Hindawi’s latest thoughts on the process follow years of musing about a public stock offering – a conversation some former employees say has dragged on too long.

In August, Hindawi told Insider he was ambivalent. “I think that there is a mythology in Silicon Valley that the goal is to go public. I think that is a mechanism that is useful in some cases,” he said. “If we ever ended up in a situation where I thought that was the best way to do that, nothing about it scares me. But also nothing about it is kind of super alluring for the purpose of going IPO.”

That was a very different tone from five years ago, when he told Tech Monitor he thought some tech CEOs were afraid to go public. “I know the CEOs of a lot of these companies…they think their creativity would be diminished. I’m not sure I understand that ethos.”

“I don’t think people believed they wanted to do any kind of event that would equate employees to cash out their stock,” that former employee said. “The talks of an IPO were always false. The talks of us having a suitor that would buy us also seemed to be false. Almost everyone I knew within Tanium was like, the stock I have is worthless.”

The shares granted to employees of privately-held companies like Tanium are usually not freely tradable, making it hard for employees to cash out the shares they earned as part of their compensation packages unless there’s an exit like an IPO, said Zachary Levin, managing principal at Law by Levin.

“I don’t see a good pathway for employees to get liquidity if the company never goes public,” Levin told Insider.

Ultimately, Hindawi said Thursday that employees are a top priority in his leadership of the company, including providing them with chances to voluntarily cash out stock if they wish, and keeping them looped in with the IPO decision-making process. Tanium exercised a clause that allowed it to buy back shares from employees twice last year, Insider reported.

“There’s an opportunity, I think, for employees to hold onto the stock and, assuming that we execute well, they’re going to be able to do really really well,” Hindawi said. “But we also have employees who want to buy a house or want to buy a car or want to send their kids to school and I want them to have that flexibility. I really, really love the idea that our people who’ve worked for so long or so hard get to really appreciate the outcome of that, and I think it’s a beautiful thing.”

Do you work at Tanium? Got a tip? Contact this reporter via email at [email protected], Signal at 646.376.6106, Telegram at @rosaliechan, or Twitter DM at @rosaliechan17. (PR pitches by email only, please.) Other types of secure messaging available upon request.