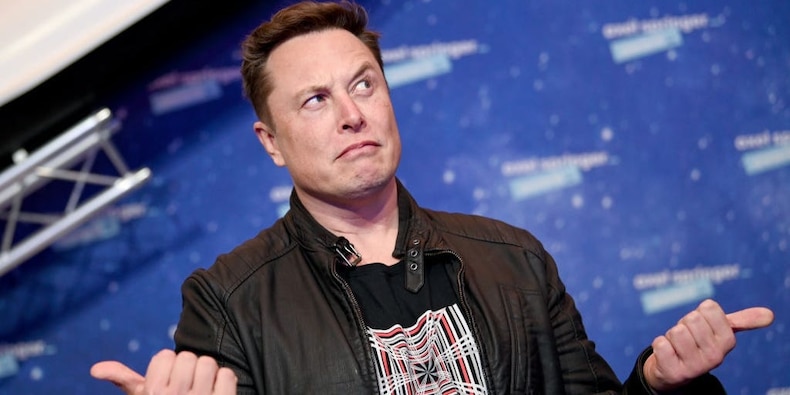 Tesla fell as much as 3% in Tuesday trades following the release of its first-quarter earnings report. The company exceeded analyst estimates and booked a record quarterly profit, in-part driven by the sale of regulatory credits and bitcoin.

Here are the key numbers from the first-quarter earnings report:

"Despite unforeseen global challenges, we outpaced many trends seen elsewhere in the industry as we significantly increased volumes, profitability and cash generation," the company said in a press release.

The company did not provide 2021 guidance for its automotive production, but said it expects "50% average annual growth" on a multi-year outlook. In 2020, it was just short of its 500,000 deliveries goal. Musk added that he expects the Model Y to be the best selling car, outpacing Toyota's Camry, in 2022.

Revenue from selling regulatory tax credits to other automakers, a significant catalyst for Tesla's five previous consecutive profits, grew to $2.24 billion – or about one-fifth of overall revenues. That revenue is also pure profit.

Commenting on Twitter on Monday, Musk said that Tesla's sale of bitcoin was to show it's a good alternative to cash, and that he isn't selling his personal bitcoin holdings.

Wedbush analyst Dan Ives said in a note on Tuesday that while Tesla bears will focus on the chip shortages impacting the company's annual production, "we believe the reality is that demand is spiking globally for Tesla's/EVs, the company's flagship production build outs in Berlin and Austin appear right on schedule, and the company has a treasure chest and cash flow to fund future R&D/capex endeavors in this EV arms race for the next decade."

Read more: Goldman Sachs, Morgan Stanley, and Bank of America say stocks are staring down a period of dismal returns with the recovery priced in. Here are the 9 areas of the market where they see the best opportunities.