How Data Is Changing the Way Offices Are Run

Developers are harnessing a growing obsession with data to improve office buildings in ways that could cut costs and streamline operations, saving owners millions of dollars annually.

The field, known as property technology, or proptech, has become a booming sector in commercial real estate as property managers seek to use data collection and artificial intelligence to help control systems like heating, lighting, air quality and even the flow of workers.

As building owners juggle the complications of workers safely returning to offices after the pandemic, investors are pouring money into proptech start-ups like Cherre and HqO.

But this data collection is raising cybersecurity concerns: A 2021 Deloitte report found “cyberthreats are increasing in sophistication.” Thieves have become more adept at hacking, even using the thermometer in a fish tank to gain access to the network of a Las Vegas casino.

The increased use of internet-connected sensors is turning high-rise offices into “computers with a roof” that need to guard against breaches, said Arie Barendrecht, the chief executive of WiredScore, an organization that certifies digital infrastructure in buildings.

“There’s a flip side to everything smart and connected, and that’s increased risk,” he said.

But developers believe the industry is on the cusp of a significant change: The post-pandemic re-evaluation of corporate real estate plans amid an oversupplied office market means there is even more pressure to better understand and improve commercial real estate.

“There will be a dramatic increase in the information we have about how people use our buildings, and sensors will be more common,” said Charlie Kuntz, innovation officer at Hines, a large real estate investment firm.

In Houston, for example, the planned office tower known as 1550 on the Green aims to be a state-of-the-art addition to the downtown area; it is expected to open in 2024. Skanska, a Swedish developer, hired the Danish architect Bjarke Ingels to design the 28-story tower, which will feature an array of environmental controls and smart building features.

The project will include a network of sensors tracking movement, occupancy and efficiency. Skanska, which handles both development and construction, plans to install thousands of sensors to collect anonymized data across its 375,000 square feet, including cameras, optical sensors, parking scanners and QR code readers on security turnstiles. 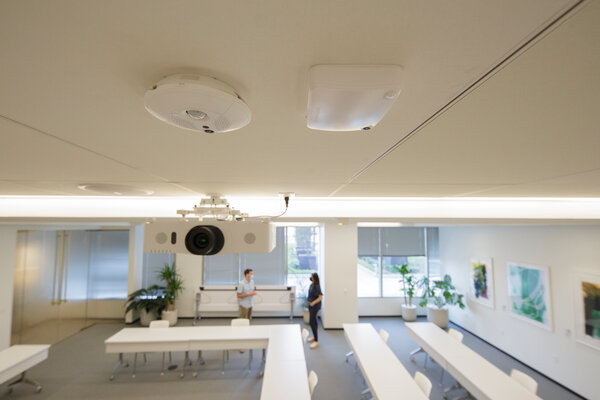 “Before, we’d build first and then talk about adding a certain technology to a building,” said Robert Ward, president and chief executive of Skanska USA Commercial Development. “Now, it’s, ‘How do we build the building around the technology?’”

An array of apps and sensors, and the artificial intelligence that will analyze the data they collect, will provide tenants with more information on productivity. The immediate focus will be on how to get employees back into the office safely, but the technology also promises to uncover areas to streamline. Some sensors will be able to monitor air quality and even environmental performance, improving energy efficiency and meeting municipal emissions codes.

This data will eventually become part of the standard disclosure between property buyers and sellers, said Kevin Danehy, chief executive of North America at Willow, a building tech firm in Sydney, Australia.

Let Us Help You Protect Your Digital Life