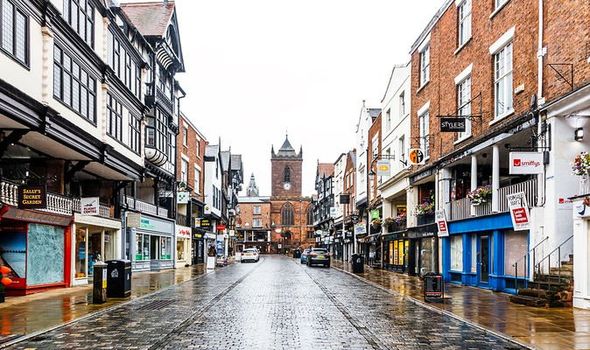 The British Retail Consortium trade body said that the rate for the country as a whole was 14.5 percent in the third quarter, the same as the second. In no locations did it see a rise. However, the vacancy rate is still at a record high according to the BRC and market research group Local Data Company.

The proportion of empty stores in shopping centres was flat at 19.4 percent for a second consecutive quarter, while on high streets it stayed the same at 14.5 percent. Retail parks saw a 0.2 percentage point fall in the vacancy rate to 11.3 percent in the quarter.

BRC chief executive Helen Dickinson said the dip in retail parks was due to customer demand for out-of-town locations, which have become vital parts of some retailers’ online operations.

According to the BRC and LDC, 10 percent of high-street shops and more than 13 percent of retail units in shopping centres have been empty for over a year, which Ms Dickinson said shows the high cost of opening and running an outlet.

On Wednesday, Chancellor Rishi Sunak offered a one-year 50 percent tax cut on business rates for retail, hospitality and leisure companies, who were hit hardest by the pandemic.

However as Mr Sunak has capped the relief at a maximum of £110,000 per business, Ms Dickinson said it will not stop the reviled property tax doing more damage to the high street.

She said: “Wednesday’s Budget announcement fell far short of the truly fundamental reform that is needed, meaning we will likely see further loss of shops and jobs and it will prevent investment in many of the areas that need it the most.”

Paul Martin, UK head of retail at accountants KPMG, said: “The Chancellor’s announcement is only a win for smaller players, leaving large legacy retailers who are most likely to have excess physical space with the same old headaches.”