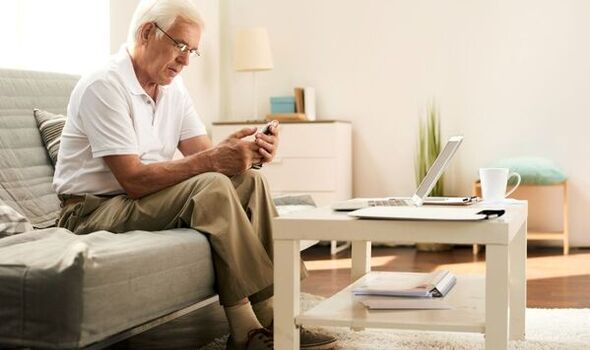 Convinced poor service had left him worse off, he asked for Crusader’s support in a bid to get answers. Aegon offered him £200 in response to one of his complaints, which he thinks falls short, and it has rejected his other one.

++ If you have been affected by this issue or feel you have been a victim of injustice, please contact consumer champion Maisha Frost on [email protected] ++

The value dilemmas Andrew is grappling with are familiar to many personal pension savers, especially in the run-up to or just after retirement – the stage he is at.

Over time a greater proportion of Andrew’s investment has shifted into UK gilts, UK government bonds known as “gilt-edged securities” because of their safety and the responsible choice they represent protecting the stakes of those getting closer to retirement.

But these were the ones that took a hammering in the fallout from the mini-budget when global bond markets decided its uncosted proposals were unsustainable and there was a massive loss of confidence in the UK economy.

Prices fell and the fire sale of assets that pension trustees were forced into to cover their liabilities was only halted when the Bank of England stepped in.

Andrew plans to take his pot, which he manages, in 2024 and for some 15 years his investment, a workplace pension rollover, in Aegon’s Balanced Lifestyle fund has proceeded smoothly.

“I knew there would be ups and downs, but I was working and could cope,” he says.

But with cost of living pressures mounting he is now keeping a closer eye and when chaos ensued, and he saw his portfolio’s £266,000 value tumble, he decided to intervene with some short-term juggling.

Andrew’s understanding was that his various requests to switch investment types within his portfolio would be actioned swiftly, but then saw it was taking longer.

“Over the days that my investment was held in cash there were market movements, but I was stuck and down over £12,000,” he explains.

“Once a fund switch request has been confirmed, we wouldn’t be able to cancel this request when it is in process. [He] was incorrectly told this was possible and has been compensated for this. When the complaint was raised, it was investigated and the decision was made to remove the switch and return the funds back to the position prior to the trade, ensuring there was no financial loss experienced.”

Andrew did not see the notice. “Had I known about it I would have acted earlier and taken different decisions,” he says.

Aegon replied: “Investment information and articles are made available to all customers on Aegon’s website. Aegon does not provide financial advice and recommends that customers who want to review their investments should speak to a financial adviser. Customers can also login to their online account to see information on fund values and manage their funds.”

But Andrew, who has now complained to the Financial Ombudsman, argues: “My investment is not complex and I take responsibility that I manage it rather than a financial advisor (IFA) – it is better value for me.

“This issue is not about failing to have an IFA, but the service I receive from those administering my investment, for which I pay a fee, and fairly executed communications. There is still a duty of care surely in this.

“The announcement was openly available guidance, but not helpfully communicated. Information is limited when you log in. Surely an alert is not too much to ask given the difference it can make.”

[Andrew’s name has been changed]