Kroger and Albertsons to move forward with $25 billion merger 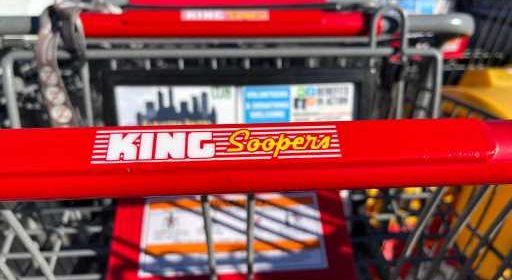 Kroger — the parent company of King Soopers, the state’s largest grocery store chain headquartered in Denver – will merge with Albertsons in a move that will impact two of Colorado’s well-known retailers.

The Friday announcement joins King Soopers and Safeway, which operates under Albertsons Companies Inc. Kroger, headquartered in Cincinnati, Ohio, and Albertsons, based in Boise, Idaho, are both industry heavyweights, qualifying as the nation’s two largest supermarket companies.

Kroger will acquire Albertsons for almost $25 billion. The merger agreement was unanimously approved by each company’s board of directors, according to a news release.

Combined, both companies employ more than 710,000, with almost 5,000 stores across 48 states and Washington, D.C. The merged company would serve a customer base of 85 million households.

With its roots in Colorado, King Soopers & City Market operates as the state’s largest, full-service retail grocery chain. City Market launched in 1925, while King Soopers was first established in 1947.

“We are bringing together two purpose-driven organizations to deliver superior value to customers, associates, communities and shareholders,” said Rodney McMullen, Kroger chairman and CEO, who plans to serve in the same roles at the combined company. “Albertsons Cos. brings a complementary footprint and operates in several parts of the country with very few or no Kroger stores.”

However, not all are pleased with the announcement. Greg Ferrara, president and CEO of the National Grocers Association, said the merger “would not only put smaller competitors at an unfair disadvantage, but also increase anticompetitive buyer power over grocery suppliers, which ultimately would harm consumers.”

Under the merger, over $1 billion would be incrementally invested into Albertsons stores “to enhance the customer experience,” according to the news release, and the merged company expects to put another $1 billion toward raising associate wages and benefits.

“Importantly, the merger secures union jobs and we will continue to work with local unions across America to serve our communities,” McMullen added in a statement.

The companies argue that the merger would make them “better positioned” to help shoppers with the impacts of inflation, as their combined portfolio of private-label products across premium, natural and organic would jump up to 34,000.

Talk of the merger were first reported by Bloomberg Thursday morning.

A spokesperson for Walmart, a major competitor in the grocery industry, declined to comment Friday.