How Jamsetji Tata created the Indian Institute of Science 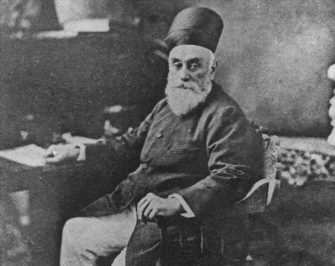 The Indian Institute of Science topped the HRD ministry’s 2017 national rankings.
In 2016, the IISc was ranked among the world’s top 15 universities in the Times Higher Education University Rankings.
In his book The Creation of Wealth: The Tatas from the 19th to the 21st Century, R M Lala recounted how Jamsetji Tata’s grand vision and immense personal contribution laid the edifice of arguably India’s finest educational institution.

In September 1898, Jamsetji Tata announced an offer that was to astonish the men of his day. He decided to set aside fourteen of his buildings and four landed properties in Bombay for an endowment to establish a university of science.

His donation was worth Rs 30 lakh in those days, equal to over Rs 10 crore of today. It was half his wealth. The other half he left to his two sons.

His offer fetching an interest then of Rs 1.25 lakh a year was hailed in many quarters, but some of his fellow Parsis regretted that the wealth of the community was being diverted to a scheme from which few Parsis would benefit.

Jamsetji’s proposal was presented to the new viceroy, Lord Curzon, in 1898, the day after his arrival in India. The proposal was put to him by a deputation led by the vice chancellor of the Bombay University.

Typical of Jamsetji, he did not say much on the occasion himself, but let the vice chancellor, Mr Justice Candy, and others do the talking. Curzon was lukewarm, and had two major doubts about the scheme.

The first was whether qualified Indians would be forthcoming for such advanced scientific training. Secondly, whether there would be employment opportunities for them in a country that had no industries worth the name.

To report on Jamsetji’s scheme, the secretary of state for India requested the Royal Society of England to send out an eminent scientist.

The Royal Society selected Professor William Ramsay, the discoverer of rare gases (including helium and neon), who was later to be awarded the Nobel Prize.

After a quick tour of the country in ten weeks Ramsay reported that Bangalore was a suitable site for such an institution.

On Curzon’s doubt whether the qualified students would come to the institute to be trained in scientific methods, Ramsay recommended liberal scholarships. Ramsay also indicated certain industries that could be developed in India. 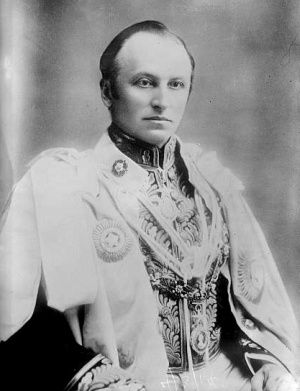 Meanwhile, Curzon was writing to the secretary of state for India, Lord Hamilton, on 26 June 1901:

We are endeavouring to save Tata’s scheme from the shipwreck which his ambitions and Ramsay’s exaggerated ideas threatened it, and are asking the committee to consider and submit a scheme under which the annual expenditure will be limited to £10,000; £2,000 of which will be provided annually by the Government of India for ten years.

Curzon also wrote to Hamilton that his government would propose to create the institution on a more modest scale and then if Jamsetji declined it, the responsibility for destroying the scheme would be upon Jamsetji Tata and ‘we shall escape the odium which would have been fully bestowed upon us.’ 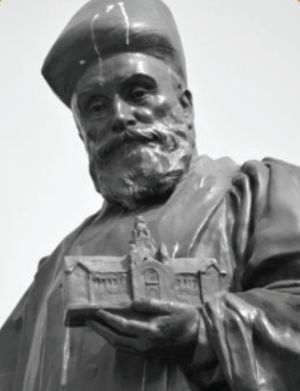 Jamsetji had hoped ‘that corporations, the native chiefs, sardars’ will gradually see their way to bountifully help such an institution. For this reason he insisted that his own name should not be attached to the institute.

The maharaja of Mysore did come forward with a generous offer of 371 acres of land in Bangalore for the institute, a gift of Rs 5 lakh for construction and a recurring grant of Rs 50,000 a year.

The Curzon government was taking its own time and was concentrating on cutting down and controlling the scheme.

Did Curzon comprehend fully that what Jamsetji was after was not just a university of science but a new ‘national system of education’?

According to the original plan proposed by Jamsetji, the university was ‘destined to promote original investigations in all branches of learning and to utilize them for the benefit of India.’ 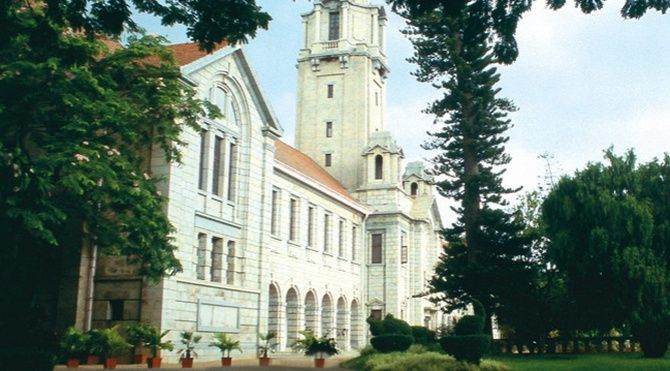 The canvas that Jamsetji was working on was too vast for his contemporaries to fathom, far less to accept. The largesse he had given for the institute was from his private account.

To increase the regular income of the institute, he wished to levy and lay aside a certain commission from his business. His colleagues in business opposed him. Jamsetji must have felt hurt.

Though he could have pushed through his idea, he graciously bowed to the desire of his colleagues and restricted his endowment to his personal wealth.

Attacked by some co-religionists, denied co-operation from those he had inducted into his business, confronted with an arrogant viceroy who could not understand the greatness of the giver or of his gift, any other man than Jamsetji would have withdrawn the offer.

In fact the British reckoned that he would.

But Jamsetji was not easily deflected from the accomplishment of his purpose. 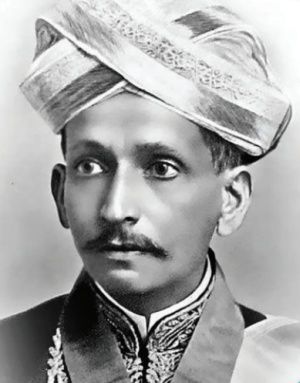 In 1904, Jamsetji added a codicil to his will urging his two sons not to use this money set aside for the university. If need be, he requested they add to the university from the wealth he was leaving them.

While the scheme was still being considered and a provisional committee was looking into it, Jamsetji died on 19 May 1904.

In 1905, when Curzon was on leave, he finally gave the green light to Dorab Tata, by agreeing that the government would meet half the cost.

The institute opened in 1911 with three major departments of general and applied chemistry, electro-technology chemistry and organic chemistry. Today the institute has over thirty departments. 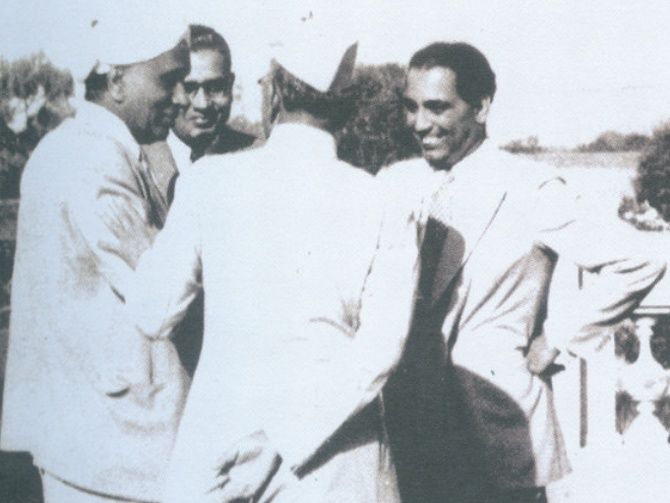 Nobel Prize winner Dr C V Raman was director of the institute for four years and did his important work on crystals and spectroscopy at the institute where he was the head of the department of physics for many years.

Dr Homi Bhabha did his pioneering work on cosmic rays during the years of World War II and Lord Wavell visited the institute as viceroy mainly to see Dr Bhabha’s work.

Also at the institute was Dr Vikram Sarabhai who succeeded Dr Bhabha as the head of India’s atomic energy programme.

Dr Satish Dhawan, who became director of the institute in 1961, was later selected to concurrently head the Indian Space Research Organisation. 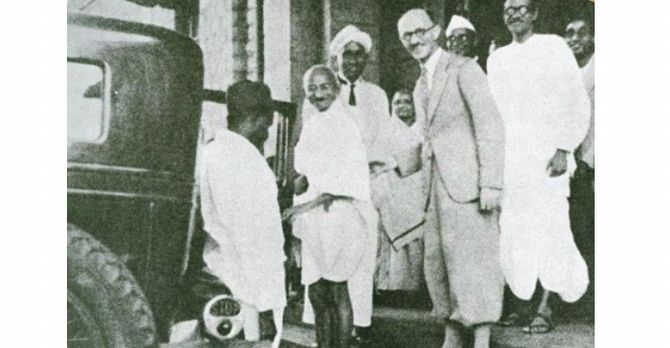 When asked what are the distinguishing characteristics of the institute, its then director Dr C N R Rao, says, ‘For success in intellectual endeavour the first requisite is freedom. We are the most free in India; truly autonomous. Once a member joins a faculty nobody bothers him, be he a lecturer or professor. Rank does not come in the way of a person’s work. People are able to devote themselves to their research.’

Professor M N Srinivasan of the faculty of mechanical engineering observes, ‘The three distinguishing characteristics of the institute are: It has created an environment for research, it promotes creativity and witnesses intense activity.’ 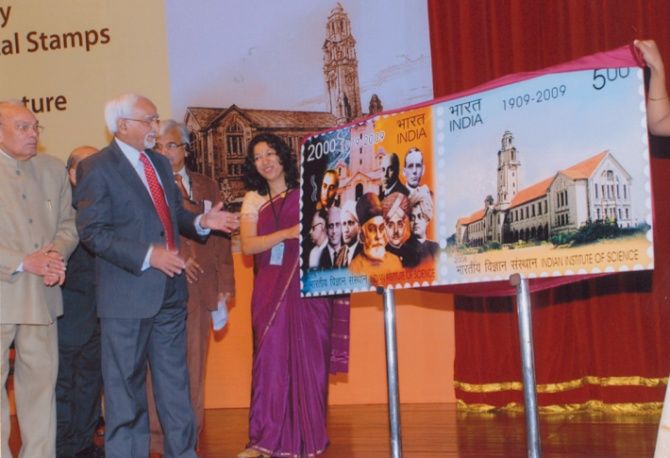 The reason why Jamsetji Tata did not want to give his name to the institute was spelt out by him in the letter proposing his scheme to Lord Reay. Jamsetji said: ‘I want no title for myself, nor do I wish my name attached to anything.’ 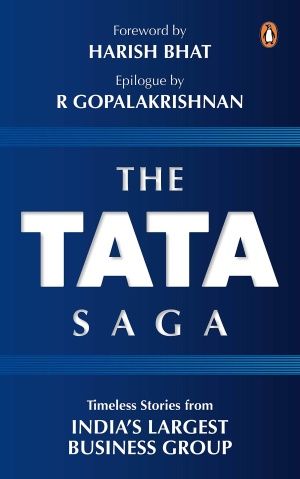 In the platinum jubilee year, the institute decided to build a modern auditorium with a seminar complex and name it the J N Tata Auditorium.

When Jamsetji Tata dreamt of the institute, he wrote:

‘The objects of the institute shall be to provide for advance instruction and to conduct original investigations into all branches of knowledge… likely to promote the material and industrial welfare of India.’

His dream has been fulfilled.

Excerpted from The Tata Saga with the kind permission of the publishers, Penguin Random House India.