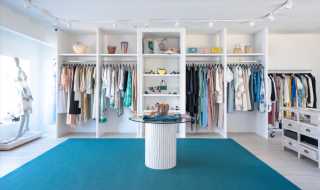 Fivestory is taking its show on the road.

The upscale women’s specialty store purchased by industry veteran Karen Murray last fall, has opened a smaller, curated branch in Southampton. Fivestory on Madison has 4,000 square feet of selling space on two floors and is housed in a five-story row house built in 1913.

Called Fivestory Southampton, the 900-square-foot shop at 38 Jobs Lane is close to the site of a pop-up Murray tested in the community last summer. That temporary location, which was open from July 25 to Aug. 15, brought in more than $100,000 in business, she revealed, and provided the incentive to find a permanent space.

“I know my girl is there,” Murray said of the Hamptons. “People know us from New York and she’s now in the Hamptons and coming into the store. We knew we wanted to be out there and have a permanent home.” She described the site as “small, but beautiful and in front of a courtyard.”

Because the Southampton store is a fraction of the size of the flagship at 1020 Madison Avenue at East 79th Street, Murray offers a curated assortment in the beach town, centered around casualwear and “fun brands.” Swimwear and coverups from Maygel Coronel and others, which are not yet part of the assortment at Fivestory on Madison, are already being sold in Southampton, along with Etro, Rosie Assoulin, Dauphinette, Muse x Muse charms, Le Sirenuse Clothing, Lug Von Siga dresses and Batsheva.

All of the Fashion at the 2021 BAFTA Awards

Murray also included a “hand-selected rolling rack of pre-loved and vintage” pieces from such brands as Pucci and Missoni as well as Prada and Dior handbags.

Murray added a department devoted to pre-owned pieces after she relocated Fivestory from its original home at 18 East 69th Street to Madison Avenue and East 79th Street. The offering includes items from either Murray’s personal collection or from a limited pool of trusted friends. 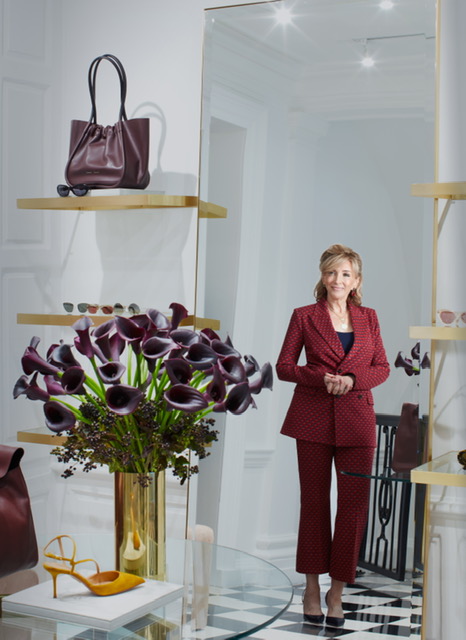 Footwear, including sandals from Antico Setificio Fiorentino, and accessories are also being offered in Southampton, she said.

Murray, whose background included chief executive officer of Sequential Brands and president of VF Sportswear, bought Fivestory in the fall of 2019. The store was founded by Claire Olshan and her father, Fred Distenfeld, in 2012. Following the sale, Murray opted to relocate from the side street to Madison Avenue in a site sandwiched between Serafina Fabulous Pizza and La Maison du Chocolat that previously housed Lilly Pulitzer. Unfortunately, the relocation was completed just as the pandemic hit and the store was forced to stay closed until July.

Murray admitted that while business at the flagship was tough in the beginning of the year, the situation is brightening. “We were concerned in January and February,” she said, adding that “traffic was slower than expected.” During the height of the pandemic, New Yorkers fled to the Hamptons, Miami, Palm Beach, Fla., or Aspen, Colo., she said, but starting last month, they began to return to the city.

“By late March and now in April, business is coming back,” Murray said. “We used to just see maybe one person an hour, but now, we probably get five people coming in every 10 minutes. People are walking by, discovering the store — and shopping again.”

She believes business will continue to strengthen as New York women who had previously frequented the now-shuttered Barneys New York and Jeffrey seek a multibrand luxury women’s boutique.

The Southampton store will have its official opening on May 7 and Murray said she is expecting to hold an opening event on Memorial Day weekend.