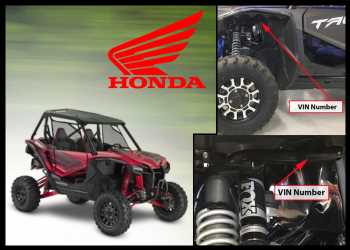 The vehicles were manufactured in USA and sold at authorized Honda Powersports dealers across the United States from March 2019 through January 2022 for between $20,000 and $27,000.

According to the agency, the vehicle’s intake funnel band screw can loosen and enter the engine through the intake funnel and cause sudden engine failure. If this occurs, it could result in a loss of control, increasing the risk of a crash or injury.

The Timmonsville, South Carolina-based company initiated the recall after receiving 16 reports of loose intake funnel band screws entering the engine, resulting in engine damage/failure. Honda has received one report of a loss of control, resulting in a crash with minor injuries to the occupants.

Consumers are urged to contact an authorized Honda Powersports dealer to schedule an appointment for a free inspection and repair.

In similar recalls, Polaris in December last year called back about 8,800 units of RZR and GENERAL Recreational Off-Road Vehicles citing a crash hazard.