The one-of-a-kind transaction, which was processed as an entire block on the bitcoin network on July 27 was noticed and posted on Twitter by Bitcoin updates Twitter handle, Documenting Bitcoin.

Data from the bitcoin network activity tracking site Blockchain.com confirms the validity of both the transaction and its magnitude.

The block was mined on July 27, 2021, at 4.58 AMT GMT +3 by the Poolin mining pool and currently has 106 confirmations on the bitcoin blockchain, according to the website. A further breakdown of the transactions shows what the miner (s) earned from processing and validating the block:

Commenting on the huge transaction cost, BTC enthusiasts on Twitter also noted that the transaction would have been more expensive to send via a wire transfer.

Large Bitcoin transactions from entities have always sparked interest in the crypto community due to their huge potential to influence the price of bitcoin. Different moves by whales are often predicted to bring both positive and negative outcomes to the market. 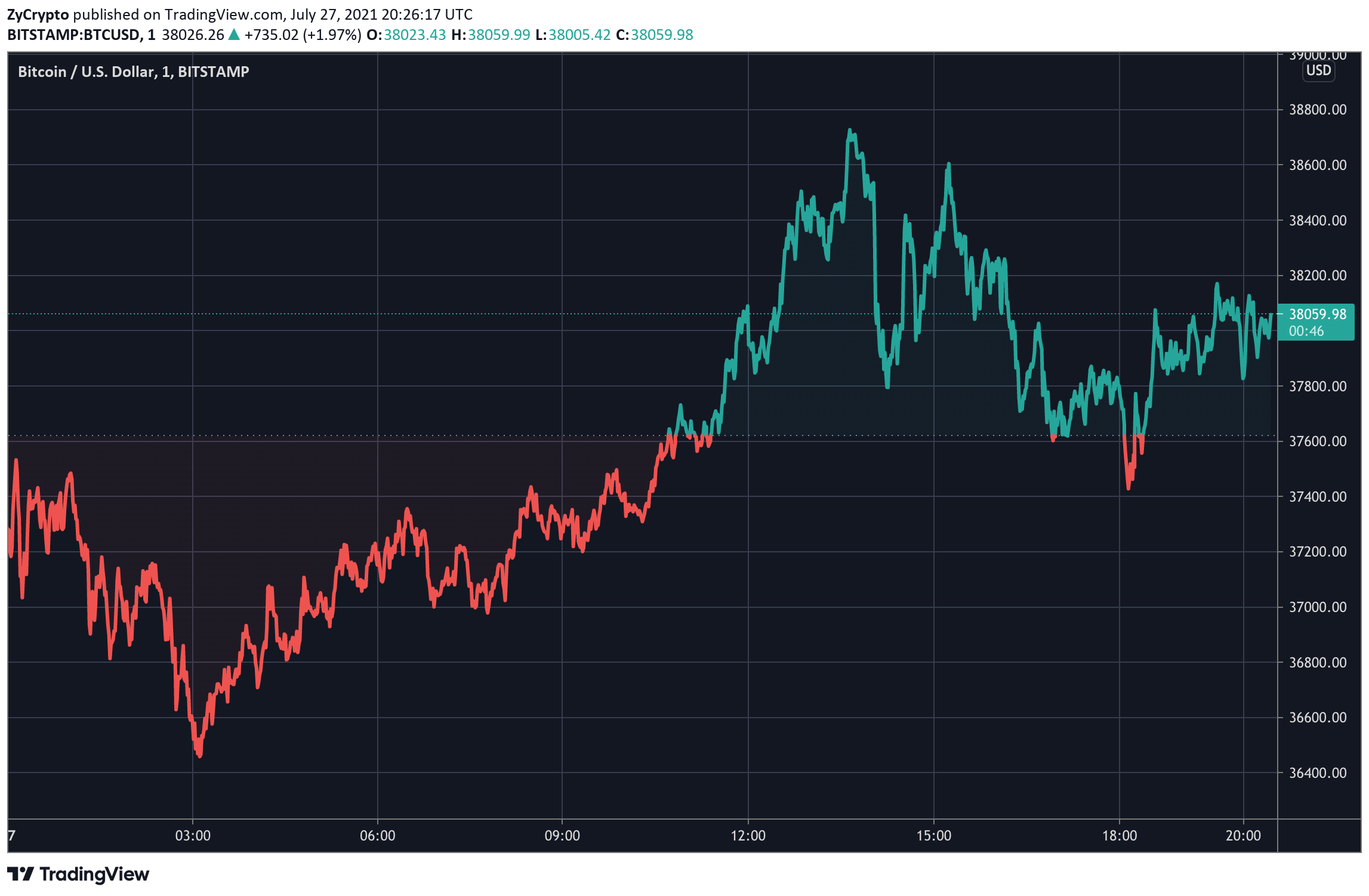 Bitcoin fell below $38,000 on Monday following a break above $40,000 in a short-lived pump that was unable to hold, after rumors made round that Amazon was making plans to add BTC as a payment method on its platform.

The statement was later denied by a spokesman from the online shopping marketplace as reported by Bloomberg.  At the time of press, the top coin is down by 3.7% in the last 24 hours, trading at $37,931.

“After a higher high, you’re looking for a new higher low. That’s what #Bitcoin is doing currently which I think the consolidation after the $40K test is quite healthy and normal.  People are expecting fireworks every day; markets simply don’t work that way.”