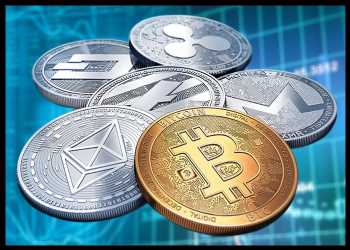 Cryptocurrency market capitalization dropped to $854 billion, amidst data from the U.S. showing the consumer price inflation for the month of June touching a fresh forty-year high of 9.1 percent. Consensus estimates for the reading were at 8.8 percent, versus 8.6 percent in the month of May. The core CPI, which excludes the energy and food components and is more preferred by the Fed for tracking price pressures, fell to 5.9 percent versus 6 percent in the month of May. Markets were expecting the core CPI to fall to 5.7 percent.

The spike in oil prices in the month of June had reinforced expectations of a massive spike in headline inflation and an aggressive stance by the Fed to combat the spiraling prices. All eyes are now on the Fed’s next interest rate review at the end of the month. The recent non-farm payrolls data from the U.S had indicated a strong labor market close to full employment, bolstering the case for a massive interest rate action by the Fed.

Wall Street benchmarks are sharply lower and so are the European stock barometers.

Meanwhile, the CoinShares’ Digital Asset Fund Flows Weekly report on institutional investments showed inflow of $15 million for the week ended July 8, versus the inflow of $64 million recorded in the previous week. However, $6.3 million of inflows was into short-bitcoin investment products. Ethereum recorded $7.6 million of inflows whereas Bitcoin recorded outflows of $1.7 million.