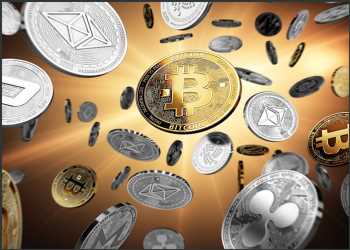 Crypto market capitalization plunged to $1.46 trillion, amidst the chaos that followed the algorithmic stablecoin TerraUSD (UST) substantially losing its peg to the dollar and Terra (LUNA) losing about half of its market cap. Questions are also being raised whether Bitcoin’s price collapsing to less than $30k in the past 24 hours is a direct fallout of the UST/LUNA episode.

The trail of events in the Terra blockchain which unfolded with a whale dumping substantial quantum of the network’s UST stablecoin leading to a disruption in its dollar peg and the crash that followed in LUNA, its governance token has sent shock waves across the crypto universe.

4th ranked BNB(BNB) and 6th ranked XRP(XRP) are trading with losses of more than 2 percent.

7th ranked Solana (SOL) and 8th ranked Cardano (ADA) are trading with gains of around 2 percent.

The UST/ LUNA episode has reignited concerns about the financial stability implications of stablecoins. It is also bound to raise questions on the future of algorithmic stablecoin arrangements.