Woman allegedly refuses to sell father BMW 'because he is black'

Man tells how woman ‘refused to sell her £1,500 BMW to him because he is black and hurled racist abuse at him’

A father was left in shock when a woman refused to sell him a car because he is black – before forcing her to quickly back-track and blame her ex-boyfriend when others saw her comments.

Michael Josephs was eager to snap up a ‘bargain’ BMW 3 Series from Facebook’s Marketplace last Wednesday, but the seller’s unprovoked abuse after his polite enquiry left him speechless.

A screenshot of their messenger chat shows the 32-year-old asking if the vehicle was still available, but he was confused when the woman, known only as Sophie, strangely moans ‘oh man’ before confirming it was.

Despite Michael apologising for messaging so late at night, the seller of the £1,500-listed hatchback then launched into her brief racist outburst, writing: ‘suck you[r] mum. Black s***’. 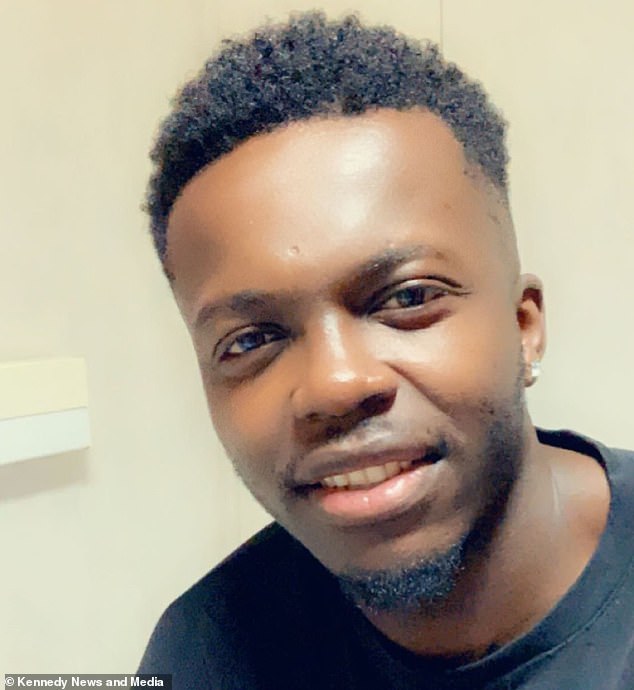 Michael posted the abuse to a Facebook group the next morning where furious members inundated Sophie with messages mocking her and exclaiming ‘there’s no room for racism’.

In a reply to one of the messages she however claimed she is ‘not a racist person’ and blamed her ex-boyfriend for the slur as he ‘has her password’ – but electrician Michael didn’t buy her excuse.

The dad said that despite being shocked at the outburst he found solace in the fact his usually ‘savage’ online friend stood up for him and ‘gave her a taste of her own medicine’.

Michael, from Colindale, North London, said: ‘Her first message was weird. I thought maybe I’d messaged too late at night so I apologised for that. It was all completely out of the blue. 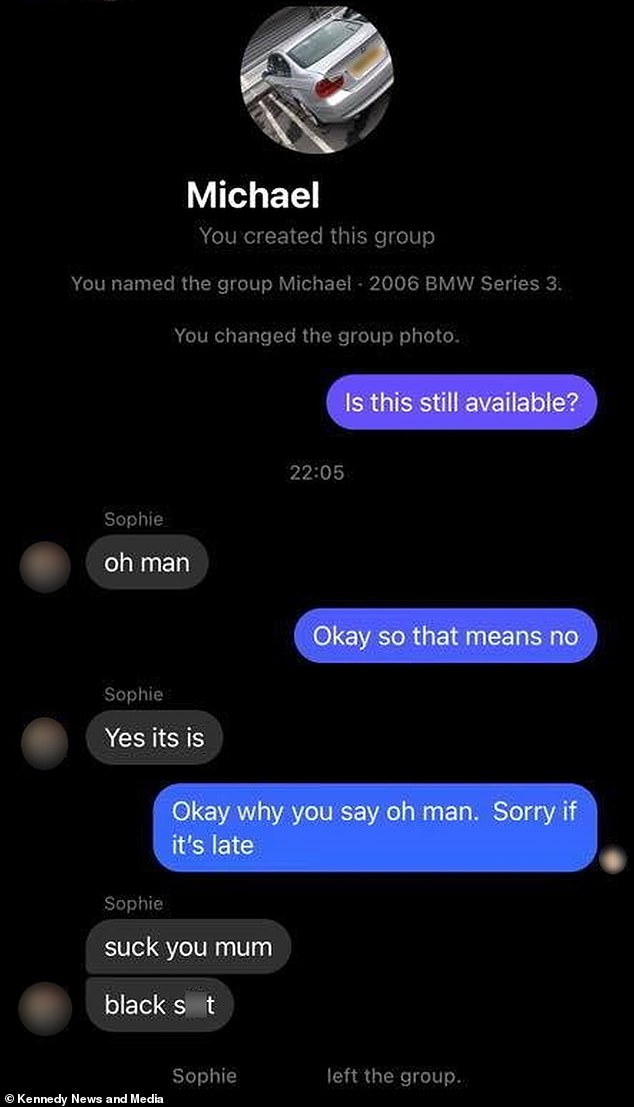 Despite Michael apologising for messaging so late at night, the seller of the £1,500-listed hatchback then launched into her brief racist outburst, writing: ‘suck you[r] mum. Black s***’

‘I just wanted to see if I could have a look at the car. It was cheap and I was looking for a bargain. I’ve already got a car but I thought I could pick it up and maybe sell it on.

‘When I saw the [racist] message, I just thought “really?”. Did I really just see that? It’s just a small-minded mentality to have. I just thought, “are people really still racist after this year?”.

‘I didn’t reply. I wouldn’t waste my time speaking to somebody who wouldn’t sell me a car because of that. I just wanted to expose her on that group and that was it.

‘I wanted to show that this isn’t acceptable and that [racism] still goes on really blatantly like this. 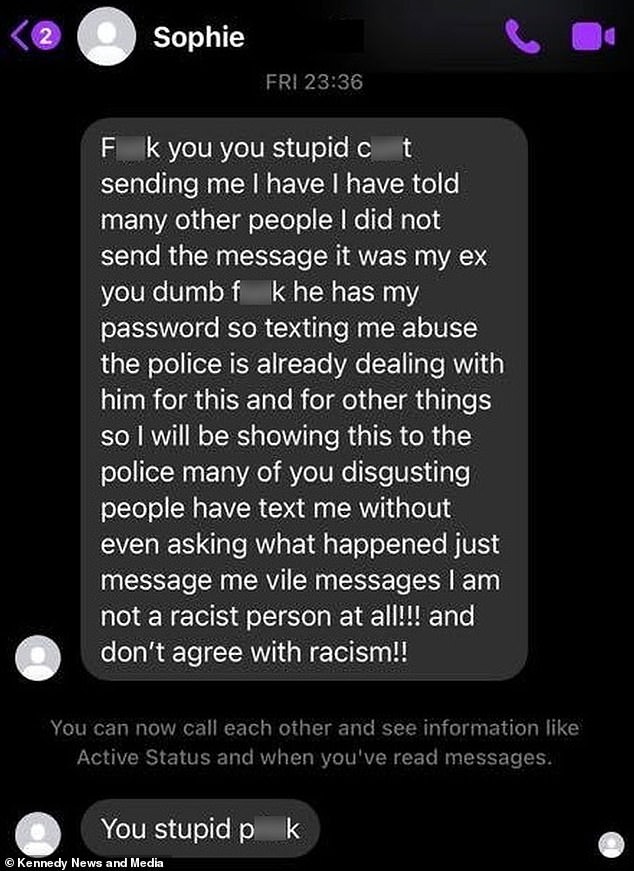 Michael, from Colindale, North London, said: ‘Her first message was weird. I thought maybe I’d messaged too late at night so I apologised for that. It was all completely out of the blue’

‘This person was from London and they weren’t white themselves, so it’s even stranger that she might have faced abuse like this but she’s giving it out herself.

‘The car group I put it in is a savage place but there’s so many people in it, so I thought I’d put it in, but people were commenting that we shouldn’t stand for racism.

‘It was nice to see a usually-horrible group of people actually stand up for something and it shows that people do care. It restored my faith in humanity a bit. They saw this person had crossed a line.

‘If it was her ex on her phone, when she saw [the racist message] you’d have thought she’d write an apology, but because she was getting abuse she just made up a story. I don’t buy it at all.’

Michael noticed Sophie had left the Messenger chat the day after her outburst, and she has since deactivated her Facebook account amid a tirade of messages.

Sophie’s explanation to one Facebook user said: ‘F*** you stupid c***. I have told many other people I did not send the message it was my ex you dumb f***. He has my password. So [sic] texting me abuse.

‘The police are already dealing with him for this and for other things so I will be showing this to the police.

‘Many of you disgusting people have text me without even asking what happened. Just message me vile messages. I am not a racist person at all!!! And don’t agree with racism!!’

The user replied: ‘Yeah, yeah. [I’m] playing the world’s smallest violin for you. It sucks when you can’t back pedal your way out of something, ey.’

Another said: ‘Calling someone a black s***? You’ve f***** up. Racism has no place! Think before you speak next time.’

Another even claims to have messaged Sophie’s mum, asking her to ‘have a word’ with her.

Her mum, who claims she hasn’t seen Sophie for nearly two years, responded: ‘I’m sorry she’s so rude. I didn’t bring her up that way, but I don’t have nothing [sic] to do with her anymore.’

Michael’s facebook post exposing Sophie said: ‘Let’s see what this group can do with this. I mean I was only trying to buy a car.’

One member commented: ‘Racism has no place, even in this hateful community.’