Will Smith's Oscars speech seemed like 'that of a cult leader,' says director Pedro Almodóvar

Director Pedro Almodóvar was sitting near Will and Jada Pinkett Smith at the Oscars on Sunday and gave an unfiltered take on what he calls "the violent episode." In his Oscars diary published on IndieWire, the Spanish filmmaker was clearly disturbed by Smith's acceptance speech for Best Actor, which was delivered in person after the King Richard star attacked Chris Rock.

"I have deliberately avoided the violent episode that is the only thing talked about the next day. I was barely four meters from where it happened. In the general overhead shots, I am the little white head you see in the photo," Almodóvar writes. His 2021 film Parallel Mothers was nominated for two awards: Best Actress (Penélope Cruz) and Best Original Score (Alberto Iglesias). 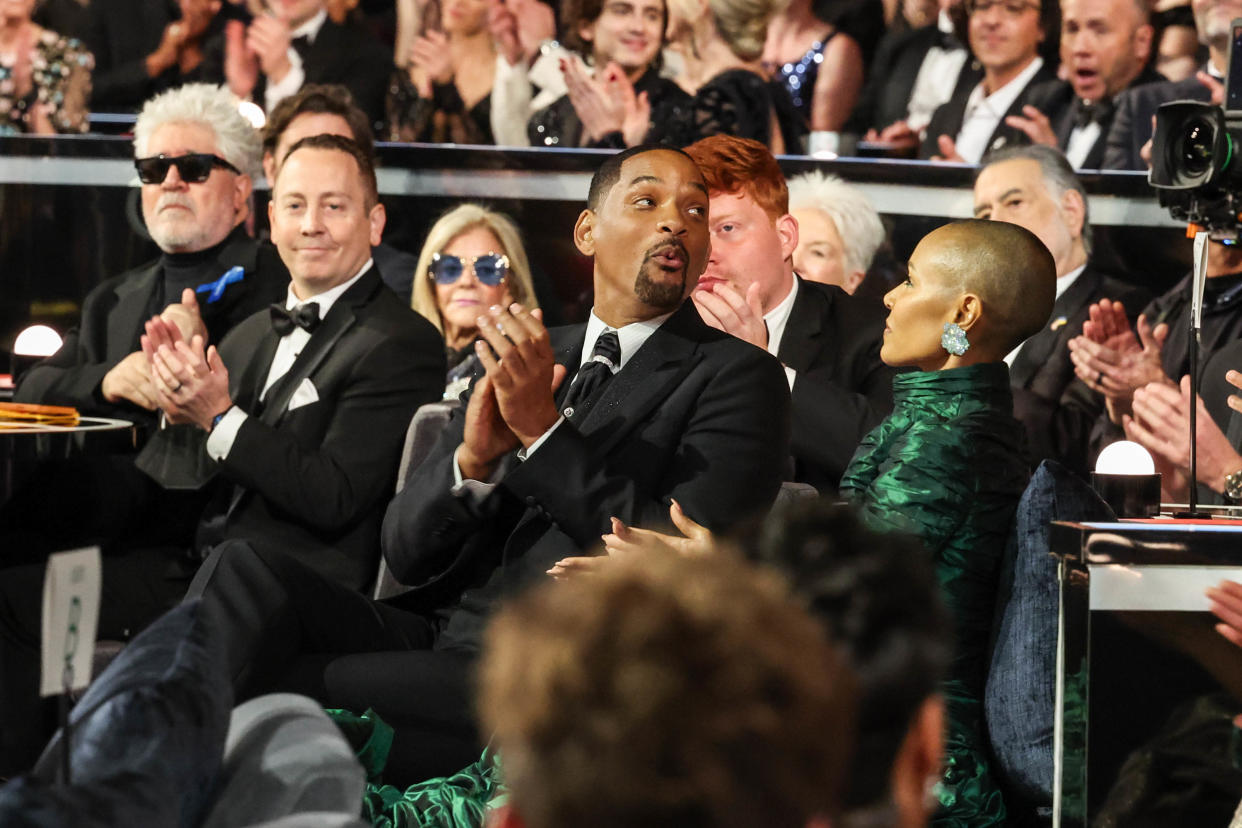 "I refuse to let that episode mark the gala and be the protagonist of a ceremony where many more things happened and of much greater interest. For example, Drive My Car, without a doubt my favorite film of the year, won Best International Feature Film. And also Summer of Soul, my favorite documentary, won its category," he continues.

"Still, as I said, I was very close to the protagonists. What I saw and heard produced a feeling of absolute rejection in me. Not only during the episode, but afterward, too, in the acceptance speech — a speech that seemed more like that of a cult leader," he adds. "You don't defend or protect the family with your fists, and no, the devil doesn't take advantage of key moments to do his work."

Almodóvar is referencing part of Smith's acceptance speech. The actor recited something Denzel Washington told him during a commercial break after the Rock incident: "At your highest moment, be careful. That's when the devil comes for you."

"The devil, in fact, doesn't exist," Almodóvar says. "This was a fundamentalist speech that we should neither hear nor see. Some claim that it was the only real moment in the ceremony, but they are talking about the faceless monster that is the social media. For them, avid for carrion, it undoubtedly was the great event of the night."

Smith received a standing ovation when his name was announced as Best Actor, something that didn't sit right with many viewers at home. Whoopi Goldberg defended her peers on Thursday's The View.

"Those people who were there were stunned," Goldberg, an Oscar winner and Academy member who's on the Board of Governors, said. She said they stood up and clapped for Smith like they did for other winners throughout the night and "before you even know you've done something stupid. I'm telling you what folks have said who were there."

She added, "Do you think they really were applauding him hitting Chris Rock? … I think it was just people did dumb stuff… I give the benefit of the doubt because I've been in these situations."