When pharmacists delivered Sue Parker a small safe containing the prescribed substance that would end her life, her spirits changed “100 per cent”.

“She went from being down and depressed and upset … her mood just lifted,” her daughter Nicole Lee said.

“She just smiled instantly and thanked them and wanted champagne for everyone.” 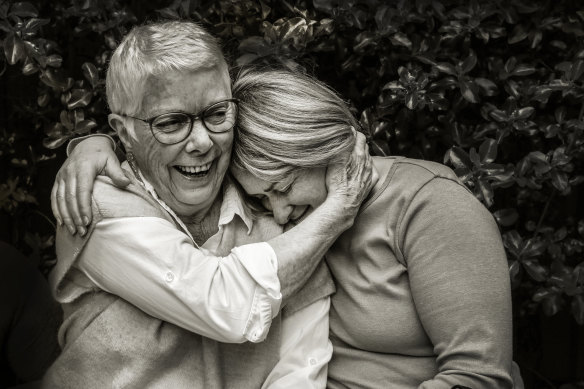 Sue Parker (left), before her death, with her daughter Nicole Lee.Credit:Julian Kingma

Parker, a nurse who was diagnosed with motor neurone disease, is not the only voluntary assisted dying applicant to get a lift after her application succeeded.

Yet hundreds of people who qualify for the medication have not used it.

In the first three years of the scheme, 1035 people were issued permits for the prescribed medication.

The substance was dispensed to 849 people, but only 604 permit-holders took it.

“Having some control of the dying process may lift psychological and general health,” said Julian Gardner, chairperson of the voluntary assisted dying review board.

However, for some, the medication comes too late, he said. “By the time they receive the permit and then request the medication to be dispensed they may have died. They have just left it too late in the process.”

After applicants gain approval, they must have the medication dispensed, and the only pharmacy legally allowed to dispense the medicine is at The Alfred hospital.

Parker, from Ballarat, had always expressed a wish to die on the 28th. It was the date that her parents married and had both died.

“From the minute she was diagnosed she knew [from] being a nurse she was able to get the VAD. Unless you ask, you don’t get told,” Lee said. 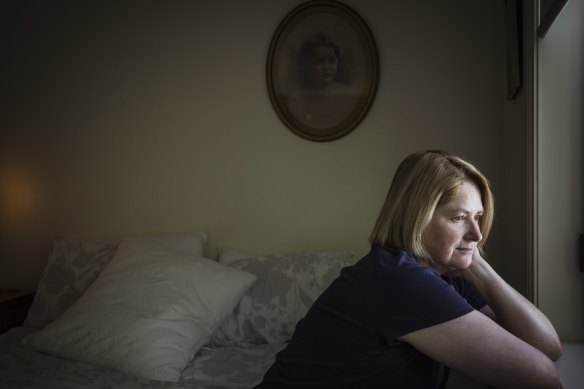 The Voluntary Assisted Dying Act, which in June will have operated for four years in Victoria and will be reviewed by Health Minister Mary-Anne Thomas, includes 68 safeguards and requires multiple approvals.

“The process was so long and so stressful, I reckon it took away more of her life,” Lee said.

“Instead of being able to live she had to spend six months applying, with lots of forms and driving all over the state. The stress of thinking that she wouldn’t get it took away more of her life.

“Doctors have this thing that they are here to save lives not end lives.”

But Parker’s GP did the voluntary assisted dying course to help Parker in the application process, which can take weeks in some cases and months in others.

Voluntary assisted dying is also legal in Tasmania, Western Australia, and Queensland and commences at the end of the month in South Australia and in New South Wales in November. It remains illegal in the Northern Territory and the Australian Capital Territory.

Gardner spoke out against the federal law that blocks doctors from discussing voluntary assisted dying on a telehealth appointment. It is illegal to discuss or advise about it by telephone, email or text.

“People at the end of life often have mobility issues. It is causing distress, and we have called for change,” he said.

Gardner said state laws meant that doctors in Victoria and South Australia could not initiate conversations about voluntary assisted dying. And to qualify for the scheme, patients must be a resident in Victoria for 12 months, which he said would be outdated when the process was legal in all states.

Parker, who lived with Lee, waited about six months after her successful application before taking the medicine.

Parker died on November 28 at home, and after her granddaughter had finished her exams.

“People don’t know what happens once you drink the medicine on your final day. It was so unbelievably peaceful, it was pure bliss,” Lee said.

“She lay there and slowly fell asleep and from there her heart rate slowed down until it stopped. Her passing was so tranquil.

“That is what this medicine does to you, it just puts you to sleep. It is a really nice way to die if you have to die.”

If you are troubled by this report or experiencing a personal crisis, you can call Lifeline 131 114 or beyondblue 1300 224 636 or visit lifeline.org.au or beyondblue.com.au