What to order at Kike’s Red Tacos: birria, quesatacos and more 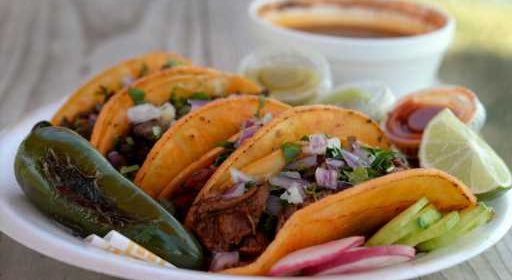 Sixteen months ago, the Silva Gonzalez family bet everything they had on a Denver food truck.

Rather than invest in a house, they decided to start a business selling a rare treat at the time for Colorado — birria (pronounced BEER-ee-yuh), the rich Mexican stewed beef. They served it in tacos, burritos, quesadillas, tortas and even ramen bowls.

By spring of 2021, word had spread, and Kiké’s (pronounced KEE-kays) Red Tacos had become a formidable player on the local food truck scene. Just this week, the newcomer officially beat out 31 other local taco shops to become the winner of Denver’s 2022 March Madness Bracket. Kiké’s won its final round against seasoned local pro Tacos Selene, with a whopping 71% of your votes.

“This is nothing like what we expected, to be completely honest,” Cesar Silva Gonzalez said ahead of the finals last week. He grew up in Denver eating at some of the famed Mexican restaurants that his family’s own startup competed against for the title of best Denver tacos.

Silva Gonzalez, 22, helped his parents Enrique Silva Figueroa and Olivia Gonzalez launch Kiké’s Red Tacos in late 2020. They called it Kike, the common nickname for Enrique, which has been passed down in the family for generations. When they decided to open the business, they also did so instead of buying a family home.

“We’ve always rented (a house) as long as we’ve lived here (in Colorado),” Silva Gonzalez said. “The goal was to purchase a home with the money that we had saved up at the time … but me and my dad wanted to start this business.”

It also was the 22-year-old’s idea for his parents to focus their menu on birria, a dish he and his three younger brothers enjoyed at home throughout childhood.

“The reason I pushed for birria, it’s one of the best dishes my mom and dad would make when I was growing up,” Silva Gonzalez said. “I wanted to be the best at whatever we decided to do.”

At the time, the traditional home-cooked stew was starting to catch on at restaurants and food trucks in the United States. Silva Gonzalez also told his parents about the queso-filled tacos he’d seen trending on social media.

“When we first started, there wasn’t any spot that I knew of doing that (here),” he said. “And I feel like a lot of people shy away from doing birria just because of the process.”

While Silva Gonzalez said his parents are “super protective of their recipe,” he described it taking eight hours to cook at various heats, with around a dozen different spices adding flavor. Growing up, he would eat the stew with simple sides of rice and beans. But the food truck takes all of birria’s slow-cooked hominess to new, obsessive, street-food heights.

Take the quesatacos, which start by dipping corn tortillas into the birria consomé, or broth, before grilling them just to a crunch (and to a slightly red hue); then fortifying the rich stewed meat with a generous layer of melted cheese; and cutting it all with onions, cilantro and lime juice.

“The recipes are all theirs,” Silva Gonzalez said of his parents.

A native of Jalisco, Mexico, and 25-year restaurant and hotel manager, Silva Figueroa is the one manning the grill each day, while Olivia Gonzalez is behind the prep work. Silva Gonzalez can be found taking orders and running the truck’s website and social media accounts.

It’s become a full-time job, and the family is outgrowing its current truck kitchen.

“We really want to move into a restaurant space as soon as possible,” Silva Gonzalez said, explaining how they’ll often sell out of birria on the truck.

All of this success just means more growth in the near future and another big family decision ahead: “Now the plan has kind of changed,” Silva Gonzalez said, “from buying a home to opening a brick-and-mortar restaurant.”

If you go: Kiké’s Red Tacos is open from 11 a.m. to 6 p.m. or until sold out Tuesday-Sunday (closed Mondays) at 5256 N. Federal Blvd., in the parking lot behind Aria Zen Condos. Plan to wait around 30 minutes for your food on busy days, and try ordering ahead if the online store is open. kikesredtacos.com