What are lyrics to Jerusalem, who wrote it, is it England's national anthem and what does the hymn mean?

WILLIAM Blake's hymn Jerusalem is well-known across the country and often heard at sports and Royal events.

But is it England's National Anthem and do you know the words? Here is the lowdown on the hearty hymn sung by England's athlete's for the start of the Commonwealth Games. 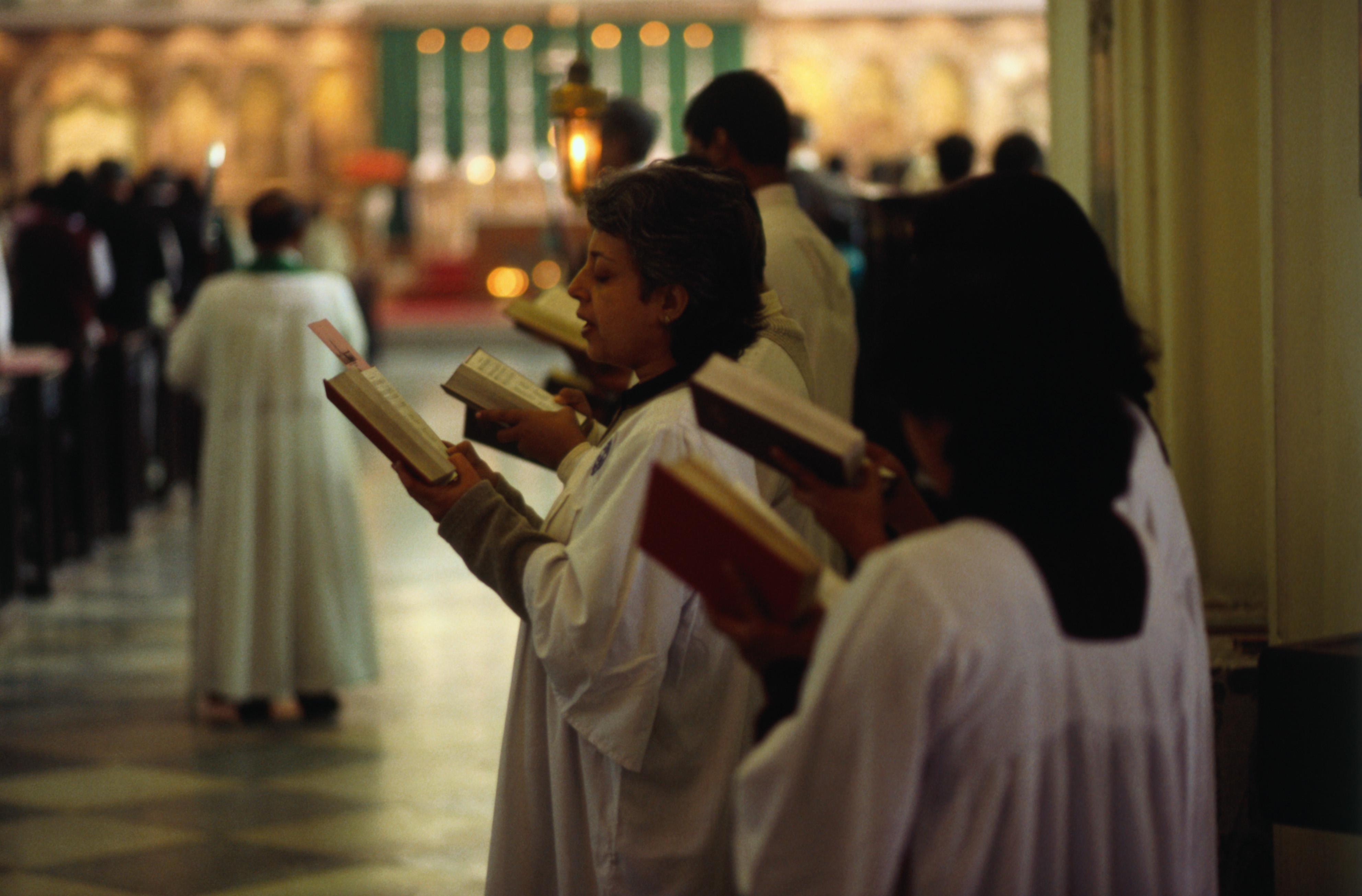 Is it England's national anthem?

England doesn't actually have a national anthem at all – though the debate has raged in Parliament about what such a song should be.

God Save the Queen is the national anthem for the UK, and is often used for England too.

But the strident, vivid Jerusalem seems to have won the hearts of the English, consistently emerging as the nation's favourite.

So it was no surprise that in a public vote conducted by Team England in 2010 to decide the Games anthem, Jerusalem was backed by a 52 per cent majority – as well Prince Philip's funeral in 2021.

Happily, athletes appear to be more familiar with the words than God Save The Queen.

Another song that is often mistaken as the English national anthem in Land of Hope and Glory, written by Edward Elgar.

A survey conducted by the BBC in 2006 showed that 55 per cent of the English public thought it should be the nation's anthem.

What are the Jerusalem lyrics?

And did those feet in ancient time
Walk upon England's mountains green?
And was the holy lamb of god
On England's pleasant pastures seen?

And did the countenance divine
Shine forth upon our clouded hills?
And was Jerusalem builded here
Among those dark satanic mills?

I will not cease from mental fight;
Nor shall my sword sleep in my hand
Till we have built Jerusalem
In England's green and pleasant land. 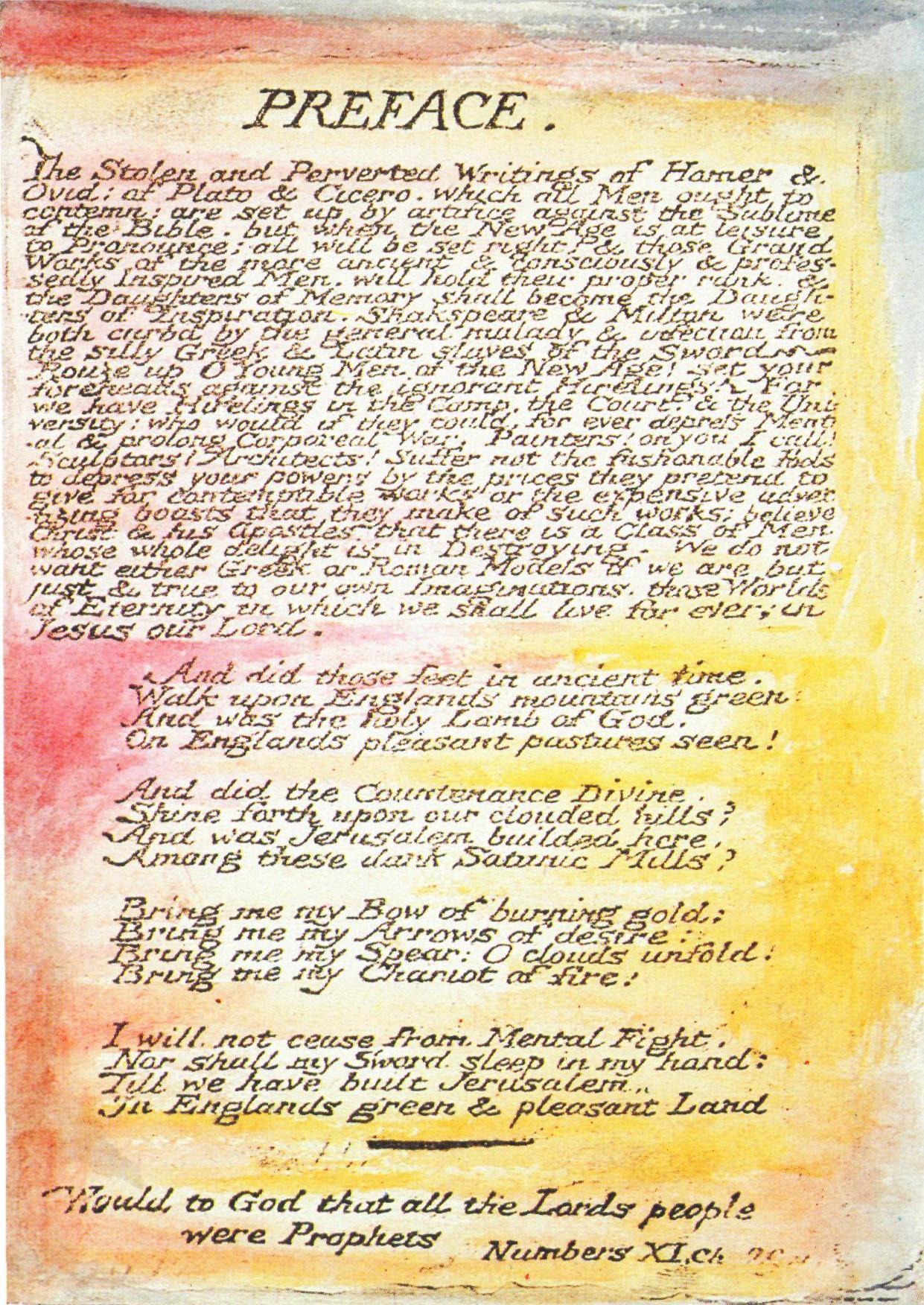 Who wrote the hymn and what does it mean?

The hymn originated as a poem written by William Blake, who penned the words as a the preface to his epic Milton: A Poem in Two Books.

The date of composition isn't known, but it was printed in 1808 and likely to have been written around five years earlier.

The music was added more than a century later, by composer Sir Hubert Parry ion 1916.

In the most common interpretation of the poem, Blake implies that a visit by Jesus would briefly create heaven in England, in contrast to the "dark Satanic Mills" of the Industrial Revolution.

The poem was inspired by the apocryphal story that a young Jesus, accompanied by Joseph of Arimathea, a tin merchant, travelled to what is now England and visited Glastonbury during his unknown years.

The theme is linked to the Book of Revelation (3:12 and 21:2) describing a Second Coming, wherein Jesus establishes a New Jerusalem.

The poem was not made popular until it was published in a patriotic anthology of verse in 1916.

At a time when morale was sinking due to horrendous casualties in World War I – and Blake's dark yet hopeful poem was seen as an appropriate background to ""brace the spirit of the nation [to] accept with cheerfulness all the sacrifices necessary".

Since it was adopted as a hymn, the patriotic, stirring nature of the hymn has been used for a number of political means.

It was used as a campaign slogan by the Labour Party in the 1945 general election when Clement Attlee said they would build "a new Jerusalem".

It has been sung at conferences of the Conservative Party, at the Glee Club of the British Liberal Assembly, the Labour Party and by the Liberal Democrats.