Verizon agrees to upgrade 911 call-routing for Colorado, other states 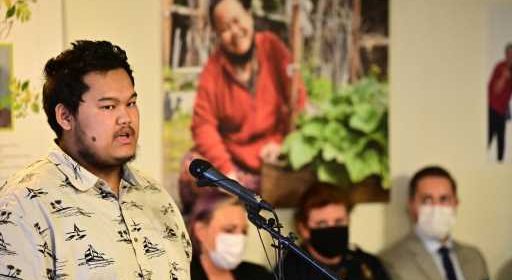 Verizon announced Wednesday that it will work with Denver and other cities across the United States to install upgraded 911 call-routing in the wake of the shooting death of Ma Kaing, a beloved East Colfax neighborhood resident whose family said their calls went to dispatchers in Aurora rather than Denver when they needed help.

The technology, called location-based routing or geospatial routing, more accurately pinpoints where a caller is standing by using GPS and other data. Denver and Colorado 911 officials say that technology likely would have sent Kaing’s family members, who were calling from Verizon phones, directly to Denver’s emergency operators.

It’s unclear whether faster routing would have saved Kaing’s life, but community members said after her death that the call-routing issue has been a frequent problem in their neighborhood.

The company, which is one of three major wireless carriers in the U.S., previously had declined Denver’s request to add location-based cellphone routing to the area, The Denver Post reported Monday after obtaining a copy of a Verizon email to Denver 911 director Andrew Dameron.

The email said the company would not work with the city to install the technology because Verizon’s policy was that 911 authorities were responsible for call-routing, not the company.

In a statement emailed to The Post on Wednesday, Verizon spokeswoman Heidi Flato said the carrier plans to implement location-based routing not only in Colorado, but nationwide. The company will start the work during the first quarter of 2023.

“This is not just Verizon’s position, but the position of the public safety community at large,” the statement said. “Indeed, Verizon recognizes that wireless service providers must also upgrade their own networks to support (Next Generation) 911, and Verizon has taken a leading role in the industry to do just that. However, while we have been concerned about (location-based routing) reliability in the past, we understand that, unfortunately, many local 911 centers will not be ready to accommodate NG911 standards in the near future.”

In May, AT&T became the first nationwide carrier to pledge to install the technology across the country. It came online in Colorado and 15 other states that month. T-Mobile said in 2019 that it would create location-based routing upon a city’s request. Denver requested it in March, and it’s being tested now.

On Wednesday, Dameron said he had not heard from Verizon about the company’s change of heart when it comes to location-based routing, but said, “This is excellent news and a very encouraging step by Verizon. We are looking forward to working with Verizon to implement their location-based routing solution in Denver, as soon as possible.”

In July, the Federal Communications Commission announced it was taking location-based routing under consideration in a move that would require carriers around the country to update their systems for 911 calls. The FCC has been talking about this move since 2018, so it could be years before any regulations are adopted, according to the FCC’s notice seeking public comment.

Statewide, a task force is considering draft legislation that would ask the General Assembly to redirect a state 911 surcharge to a project that could build out new 911 technology across Colorado, Daryl Branson, 911 program manager for the Colorado Public Utilities Commission, told The Post. The project is needed even if carriers would voluntarily implement location-based routing across the state because it would help 911 offices with other emergency situations, such as backing each other up if one agency’s system crashes, he said.

Verizon also called on Congress to fund Next Generation 911 for state and local governments. That new technology will help 911 centers realize the benefits of text, multimedia and video, as well as voice 911 calls, the company said.

The unsolved shooting death of Kaing on July 15 led to an outcry from people who live in the East Colfax neighborhood, which sits along the Denver/Aurora border. They accused Denver elected officials and public safety leaders of neglecting the neighborhood, which is home to some of the city’s poorest residents as well as immigrants from dozens of countries.

Multiple people reported their 911 calls often go to Aurora rather than Denver, and calls from Kaing’s son said his sister went to Aurora after their mother was shot. Residents also have complained that 911 operators hang up on them or take too long to dispatch police and ambulances when there is a crisis.

Kaing’s family says it took about 15 minutes for an ambulance to reach their mother. Denver and Aurora officials have said an ambulance was called within the first minute and their timeline shows the ambulance arriving in five minutes and 17 seconds.

The two cities use an intercom to communicate between their 911 call centers because they know cellphones can be directed to the wrong place. An Aurora operator patched into Denver and asked for an ambulance for Kaing before her daughter was transferred to a Denver operator, Dameron said.

Denver city officials met for the second time Wednesday with East Colfax residents to talk about problems in the neighborhood.

Brendan Greene, executive director of the East Colfax Community Collective, said residents are pleased that Verizon is willing to make the investment. But they want the legislature to fund the plans for better 911 technology across Colorado.

“This is still a half step and the real fix is going to have to come at the state level,” he said.