US Marine stationed at Camp Pendleton goes missing in Arizona

Lance Cpl. Job Wallace, 20, was last seen at a friend’s house in Surprise, Ariz., which is northwest of Phoenix. 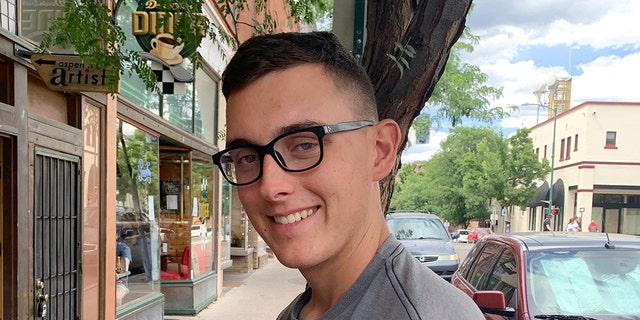 This Sept. 2019 photo released by Stacy Wallace shows her son, Job Wallace, in Oceanside, Calif. An Arizona family is searching for Job Wallace, a U.S. Marine who left for Camp Pendleton on Monday, Sept. 16, 2019, but never arrived at the base outside San Diego. (Stacy Wallace via AP)

“He got into several colleges and missed scholarship opportunities just so that he could be a Marine because he felt it was his duty to serve his country,” his mother, who lives in Arizona, said.

He was driving a 2004 silver Ford Explorer Sport Trac pickup with the Arizona license plate CRF9682.

The matter has been turned over to the Naval Criminal Investigative Service.

“NCIS and our partners are working diligently to locate Lance Cpl. Wallace and bring him home safely,” Kurt Thomas, special agent in charge of the NCIS Marine Corps West Field Office, said in a statement.