In scenes reminiscent of hit movie Love Actually families were pictured greeting one another at the arrivals gate after a nearly two year ban on visitors from the UK due to the pandemic. 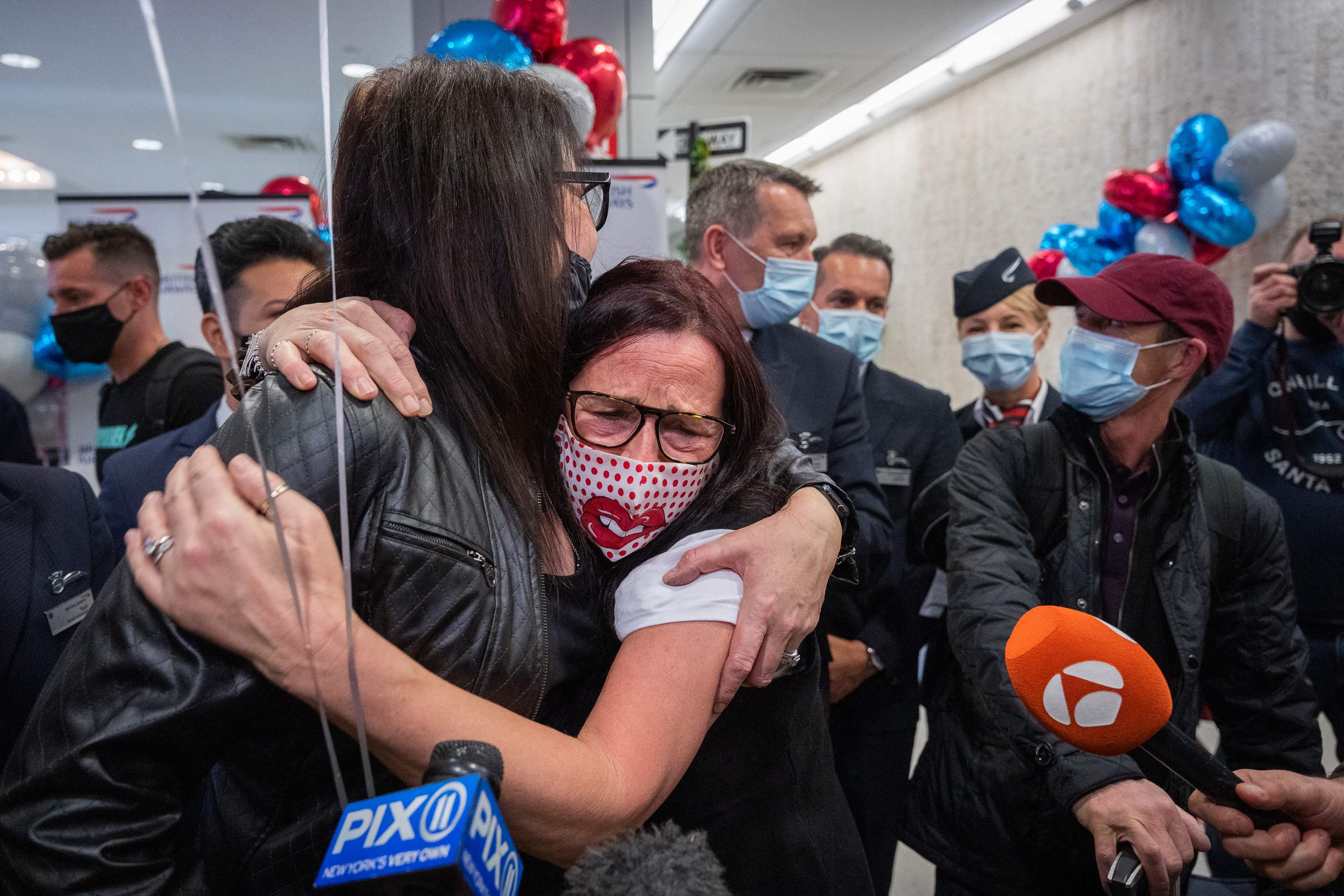 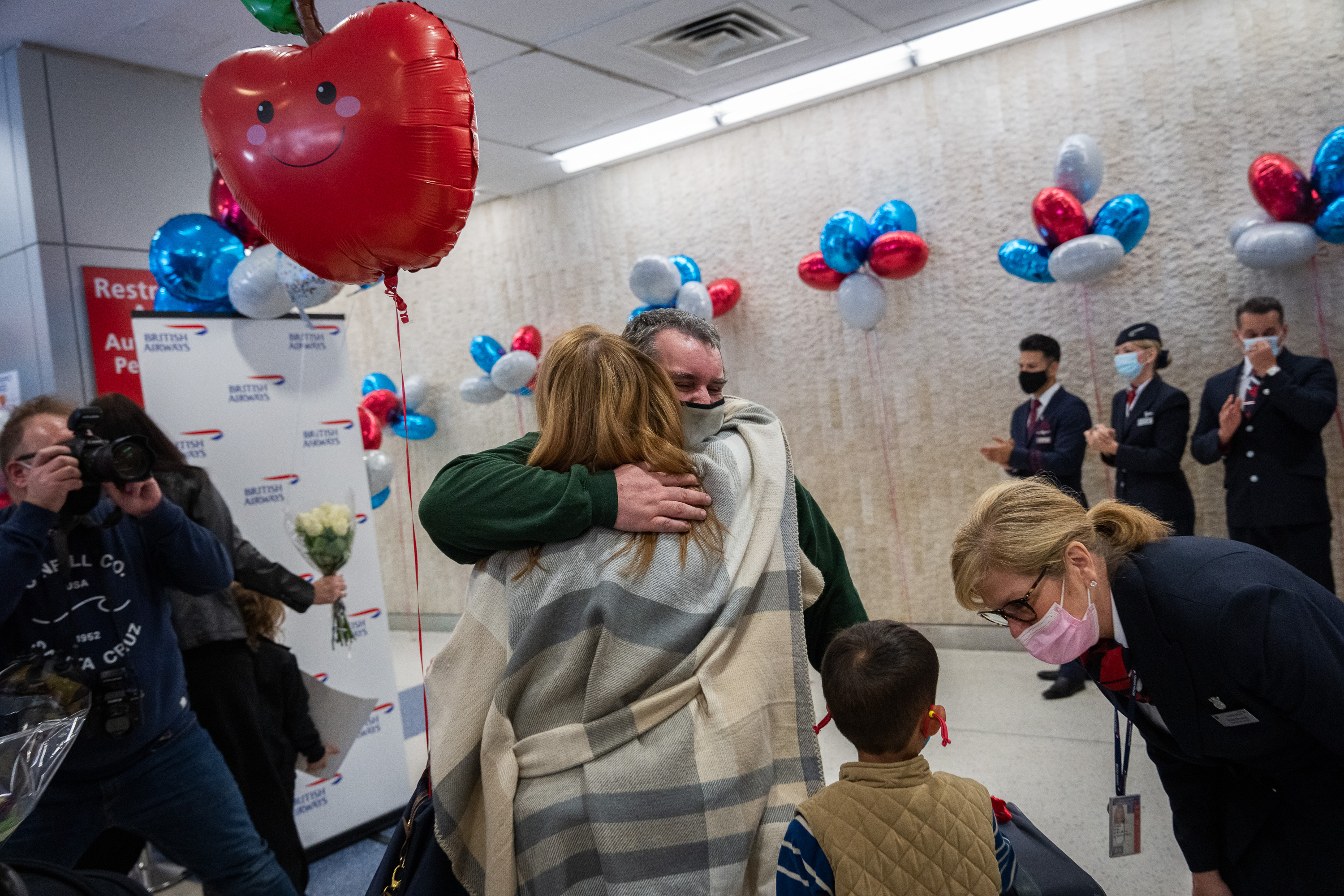 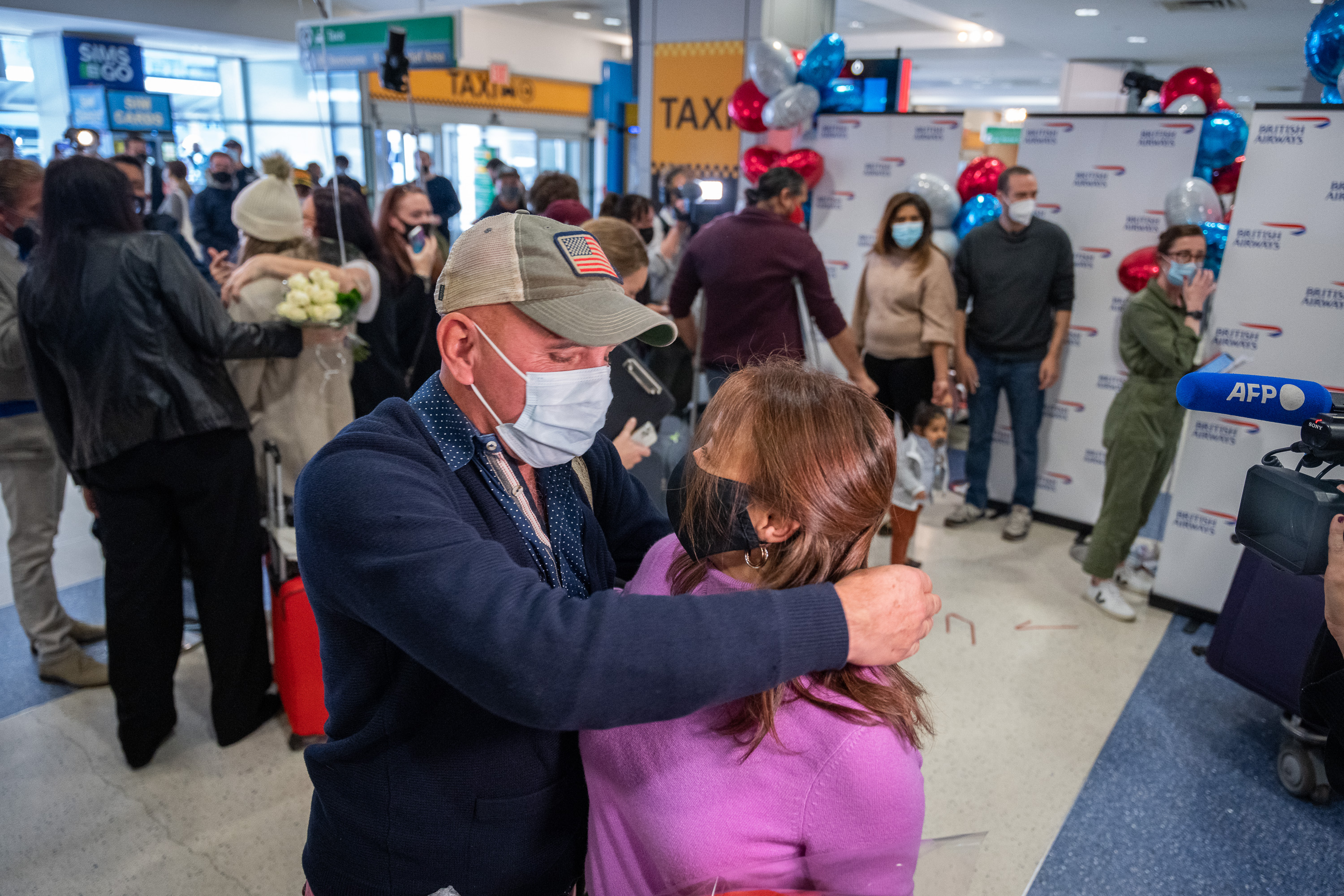 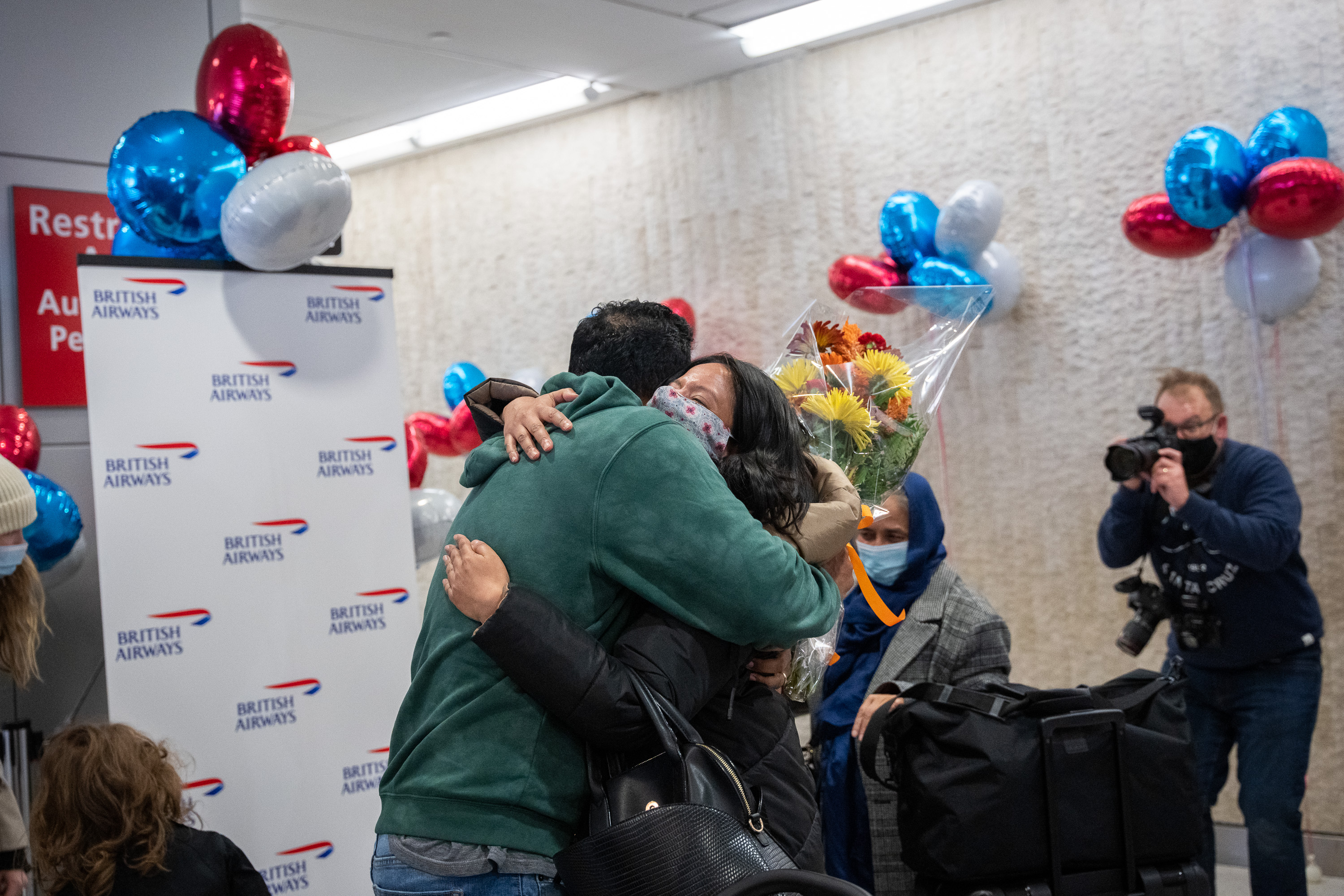 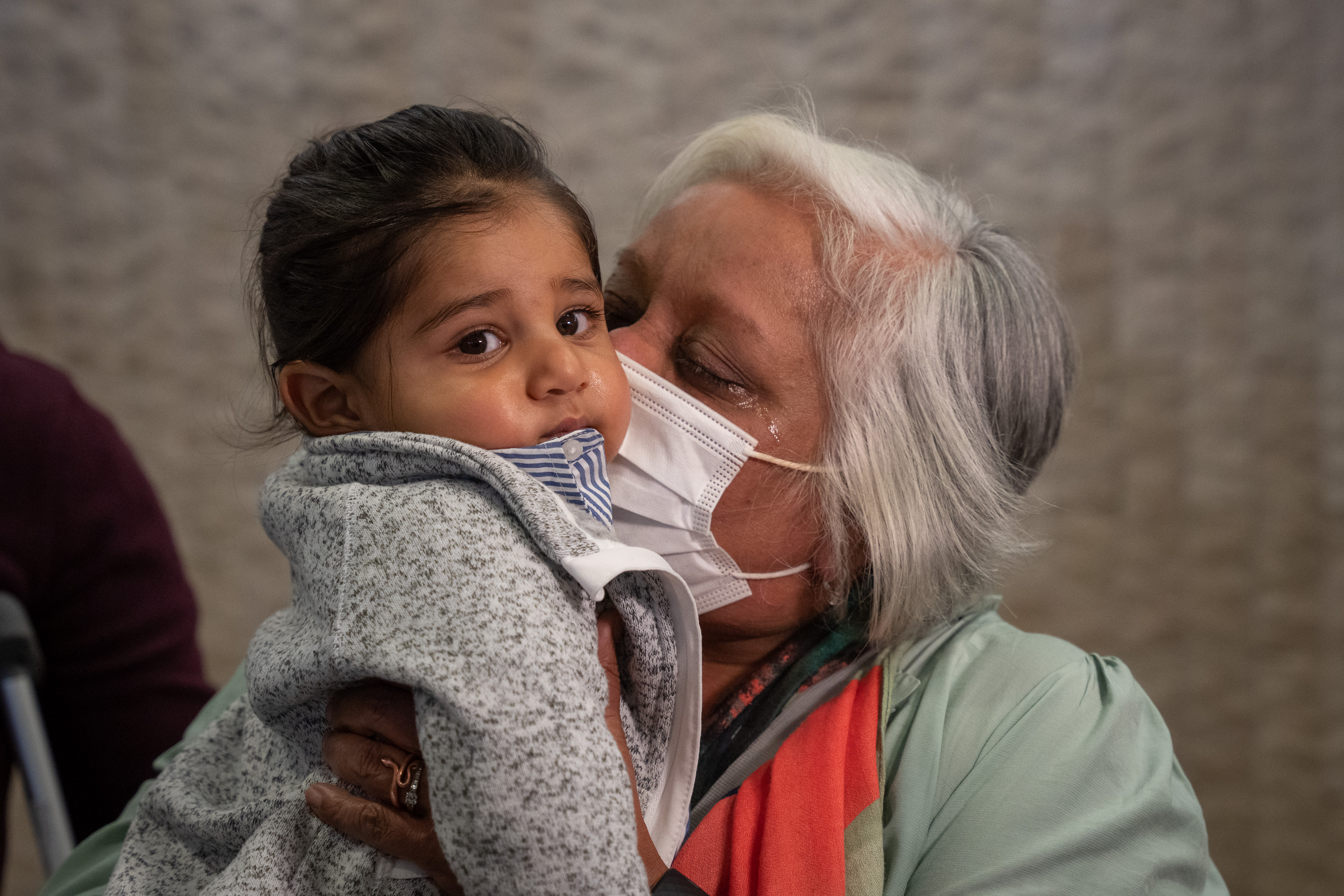 The Sun was at JFK to speak with those who made the journey on Monday after travel ban to the US was finally lifted.

Catherine Tramadol, from London, told The Sun she was here to visit her aunt who is ill and who she hasn't seen for two years.

She said: "I just can't wait to see her. It's been really hard but I'm so happy to be here now."

She said: "The flight started with dancing and singing – celebrating. It was so exciting, we were just counting down the hours.

"We've been FaceTiming but it's not really the same. We missed his birthday by just a few weeks 17th of October. It was hard, and so long – nobody should suffer this way."

Katie Midler, from Manchester, flew in from the UK to see her son Leo who she hasn't seen for two years.

He now has an eight week old son, who she's about to meet for the first time.

She told The Sun they'll be celebrating tonight with a proper English dinner, adding: "I'm so excited, it's been such a long time.

"I mean, he's only eight weeks old, but it seems like a lifetime and has changed quite a bit in the eight and the eight weeks.

"So it's lovely to hear him vocalising, cooing and responding. So I'm looking forward to that definitely."

'LOVE ACTUALLY IS ALL AROUND'

In Love Actually, actor Hugh Grant muses that the arrivals gate at Heathrow airport shows that "love actually is all around."

The first British Airways and Virgin Atlantic tourist flights landed in New York City at around 11:30 EST after a dual take-off from Heathrow.

At 12:01am today, America’s restrictions were lifted, meaning that British travellers as well as visitors from most European countries would finally be allowed to visit.

And airlines have seen a huge influx of bookings in recent weeks.

Virgin Atlantic announced that their US flight sales surged by 600 per cent immediately after the announcement was made on October 24.

British Airways’ first flight, BA1, has been reserved solely for friends and families that have been separated during the pandemic.

That came after friends and relatives were kept apart for more than 600 days.

Sean Doyle, British Airways’ chef said: “For the first time ever, British Airways and Virgin Atlantic aircrafts will be seen taking-off together to mark the vital importance of the transatlantic corridor.

“We must now look forward with optimism, get trade and tourism back on track and allow friends and families to connect once again.”

Virgin Atlantic boss Shai Weiss said: “Today is a time for celebration, not rivalry.  Together with British Airways we are delighted to mark today’s important milestone, which finally allows consumers and businesses to book travel with confidence.

"The US has been our heartland for more than 37 years and we are simply not Virgin without the Atlantic.”

Visitors are only allowed to meet with loved ones if they have completed a full course of the coronavirus vaccine at least 14 days prior to arrival.

If you’re travelling by plane, you will also need to take a pre-departure test within 72 hours of landing – this can’t be a free NHS test though.

Lateral flow tests are accepted, but you’ll need to book privately and your test must be supervised, meaning you’ll need an online appointment with a nurse too.

There’s good news for anyone who has recently recovered from Covid though.

Those who have caught the virus in the past three months can ditch the pre-departure test and gain entry with the NHS Covid Recovery Pass instead.

Passengers will also need to fill out a combined passenger disclosure and attestation form ahead of flying – and remember to arrange for a visa or ESTA as well, as you’ll still need this to get through immigration.

The US has strict rules on anyone who hasn’t been vaccinated, which essentially means: no jab, no entry.

The rules are a little different for kids though.

All under 18s who are travelling with a fully-vaccinated adult can gain entry, but parents will need to fill out a combined passenger attestation form and kids will need to take a test three to five days after arrival. 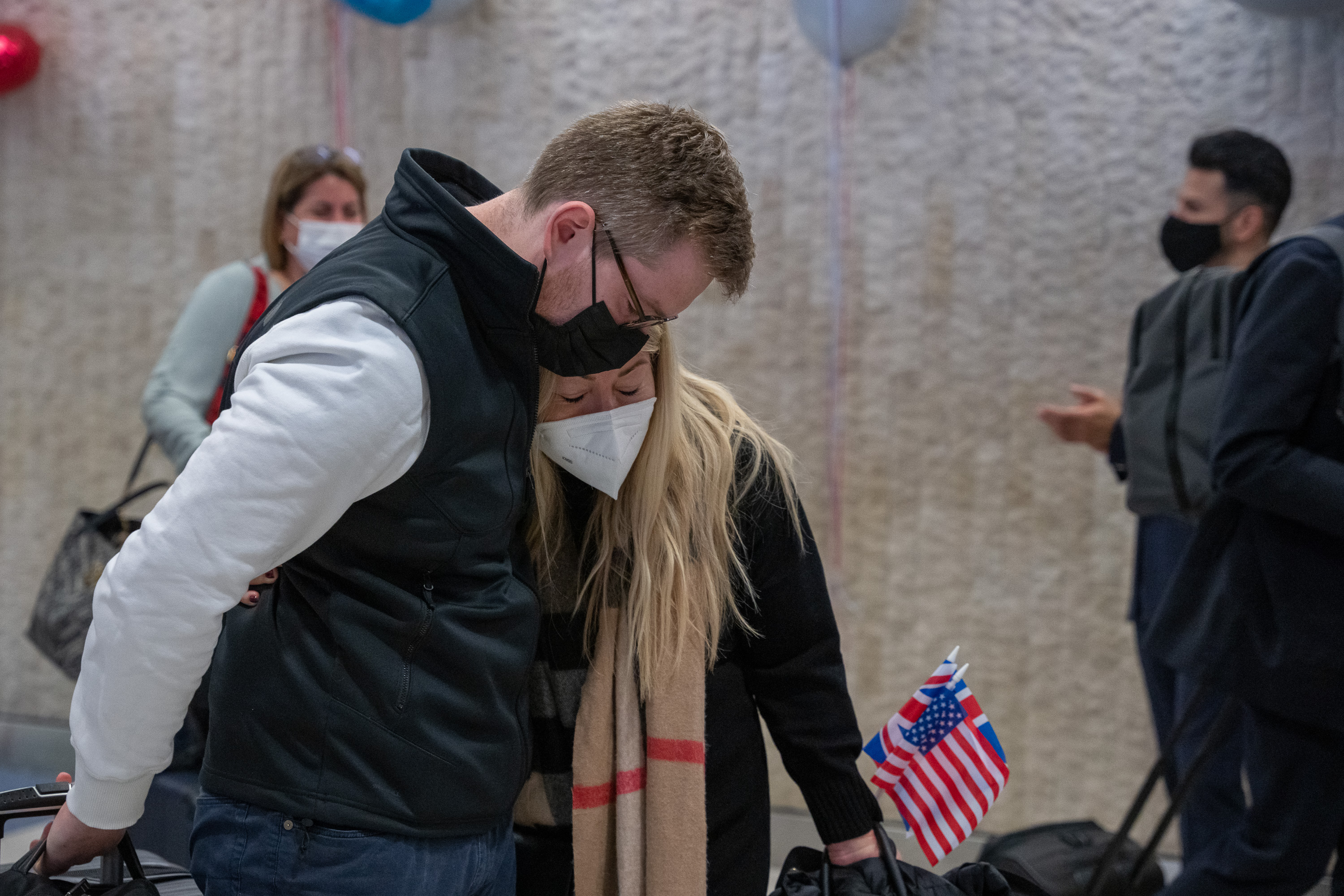 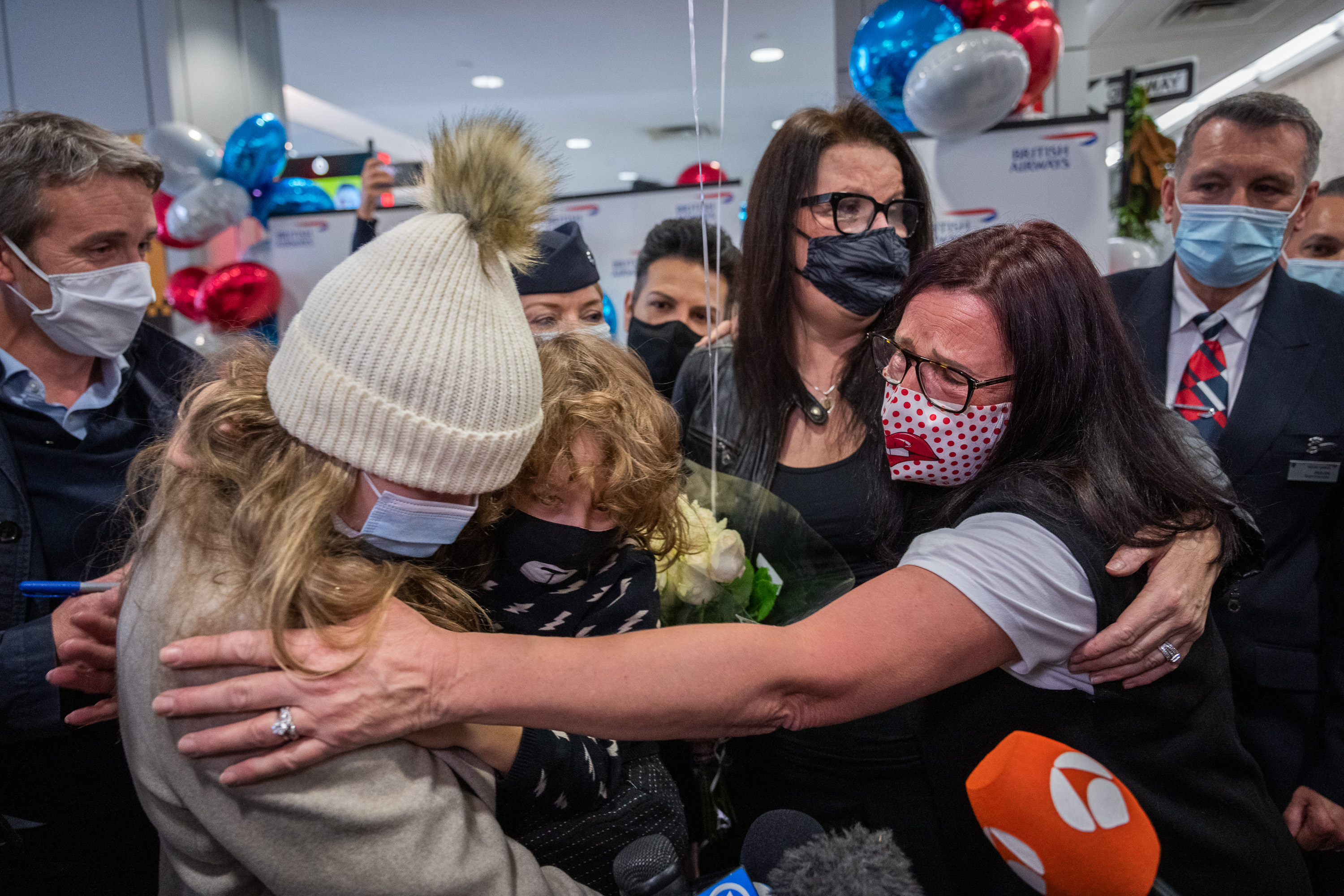 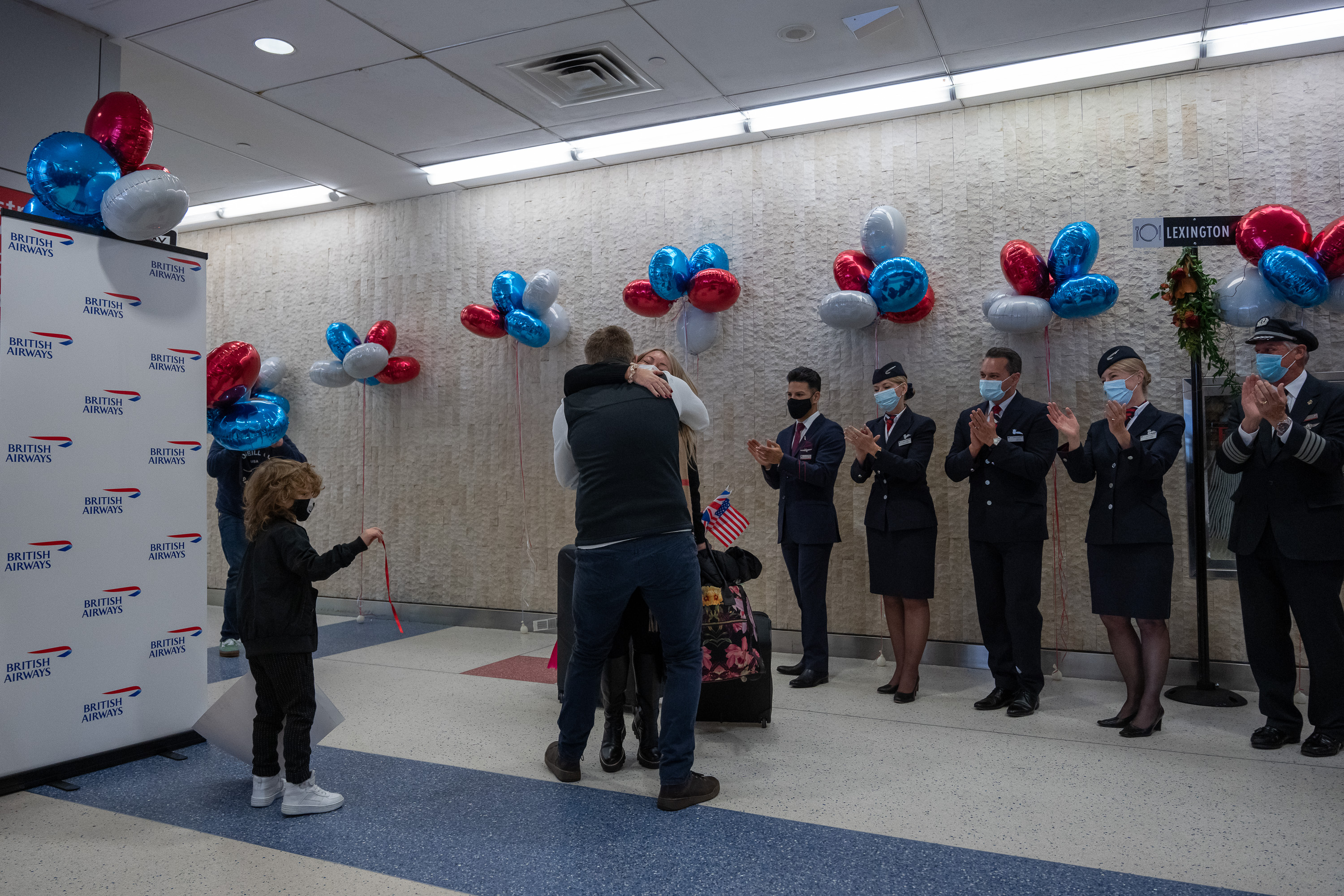