High pressure is expected to sweep hot air from Europe across the UK at the end of April and beginning of May. Temperatures will hit the high teens of May 5, with the hottest conditions near London, where 17C is expected. The South Coast will hit 16C, with Southampton enjoying the best of the weather.

Parts of East Anglia and the West Midlands will also hit 16C on May 5.

Newcastle, Cumbria and Birmingham will enjoy highs of 15C, along with Scottish towns including Inverness and Aberdeen.

Temperatures will be slightly cooler in Wales and the South-West, where highs of 13C and 14C are expected.

The latest temperatures anomaly models from WXCHARTS show the whole of England and eastern Scotland turning orange on Thursday, May 6, as the hot air arrives. 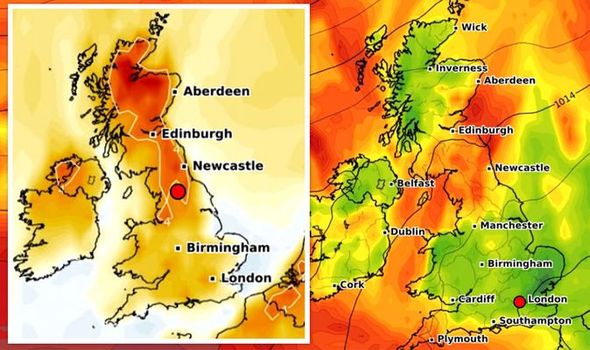 This chart shows temperatures far higher than usual for this point in the year.

The anomaly chart for May 5 shows the country turn orange and red, indicating unusually high temperatures.

Temperatures across much of England for May 5 will be between 2 and 4 degrees C hotter than usual.

The difference will be even greater in Scotland, where temperatures could be between 6 and 8 degrees C hotter than average. 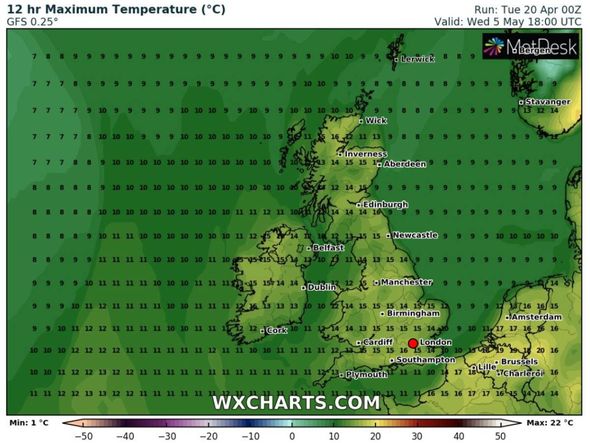 Brian Gaze, a forecaster a Weather Outlook, said high pressure could start to build at the end of this week before the scorching highs arrive by the end of the month.

He said: “Through the coming days high pressure builds back across the UK to bring more dry weather.

“Nights remain cold and there is an ongoing risk of frost, but during the days it often feels warm in the sun.

“Thursday and Friday are looking dry. The nights will be chilly with frost in places. Daytime temperatures won’t be too far from the average and in sunny spells it feels warm. 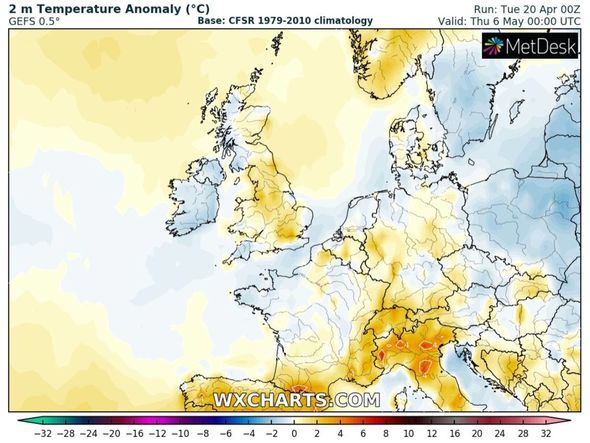 “Through the weekend high pressure stays in control of the weather.

The BBC’s long-range forecast between Monday, April 26 and Sunday, May 2, added a high pressure weather system may bring “above average temperatures” as hot air could arrive from Spain.

The forecast said: “For the end of April and start of May, the temperature forecast doesn’t get any easier to pin down. 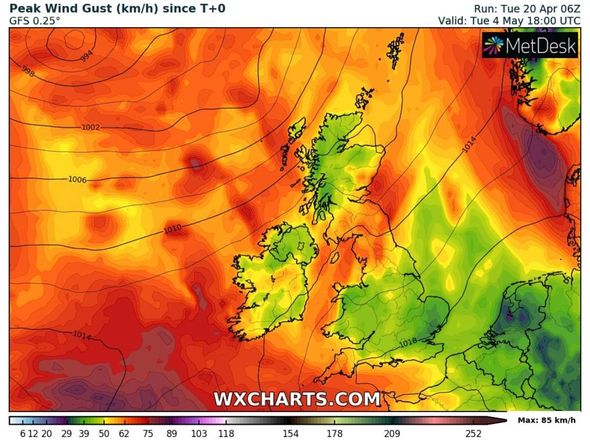 “High pressure is expected to be a major player in the weather pattern for northern Europe.

“But we are having trouble working out exactly where it will end up.

“There are strong signals for high pressure to be nearby in both the computer models and our historical analogues (where we examine previous years with similar large-scale weather patterns around the globe to what we are seeing now).

“We are leaning a bit more on the historical analogues given the recent very poor performance from the computer models. 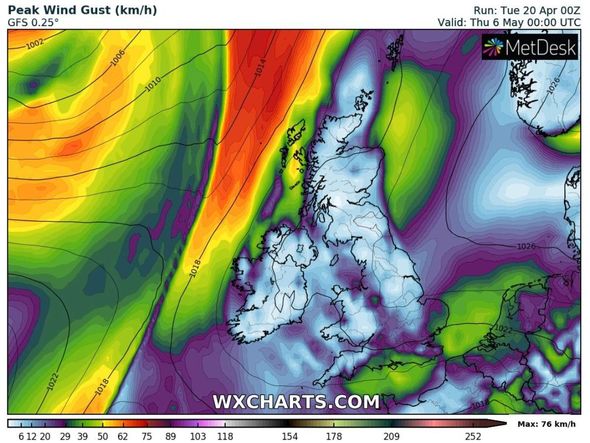 “These analogues suggest nearby high pressure, so we have reasonably high confidence in a settled and largely dry pattern.

“The temperatures will be extremely sensitive to where the high is and what sort of air the winds will blow into the UK.

“If the high shifts east and over Scandinavia, we can tap into Spain or Mediterranean air and temperatures will climb above average.”

The Met Office also said May could start with sunny spells and warm temperatures. 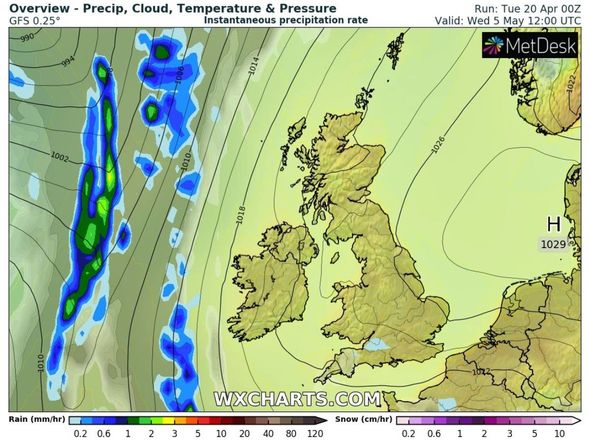 The forecast between Saturday, April 24, and Monday, May 3 said: “High pressure is expected to dominate, meaning most places will remain dry and bright, with some morning fog patches in places where winds are light.

“Temperatures are gradually returning to average, warming slightly by day, although overnight frosts remain probable in rural areas and in the north.

“The greatest potential for rain and stronger winds is likely across the south and southwest, although confidence decreases into the beginning of May.

“Mixed weather patterns, typical of spring are most likely through the first half of May. 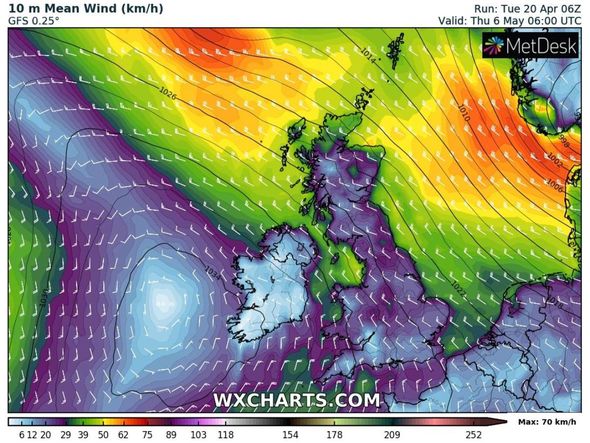 “Overall, fine and dry weather is expected to be most dominant, with fair-weather cloud and plenty of sunny spells.

“However, all areas are likely to see some showers or perhaps some longer spells of rain at times, with these unsettled periods more likely than they were in April.

“Temperatures are likely to be close to the average for the time of year, with the possibility of some warmer spells.”