Two flamingos are rescued in Siberia after taking a wrong turn

Now where do we flaming go? Two flamingos are rescued after taking a wrong turn while migrating and ending up in SIBERIA – 4,350 miles from their destination

Two wayward flamingos have been rescued at locations deep in cold Siberia after taking wrong turns as they migrated and ending up 4,350 miles way.

The first with an awry sense of direction was found at the Sporyshevskoye oil field in the subarctic Yamalo-Nenets autonomous region.

‘It was standing, but then, maybe frightened, it sat on the snow and hid its head under its wing. 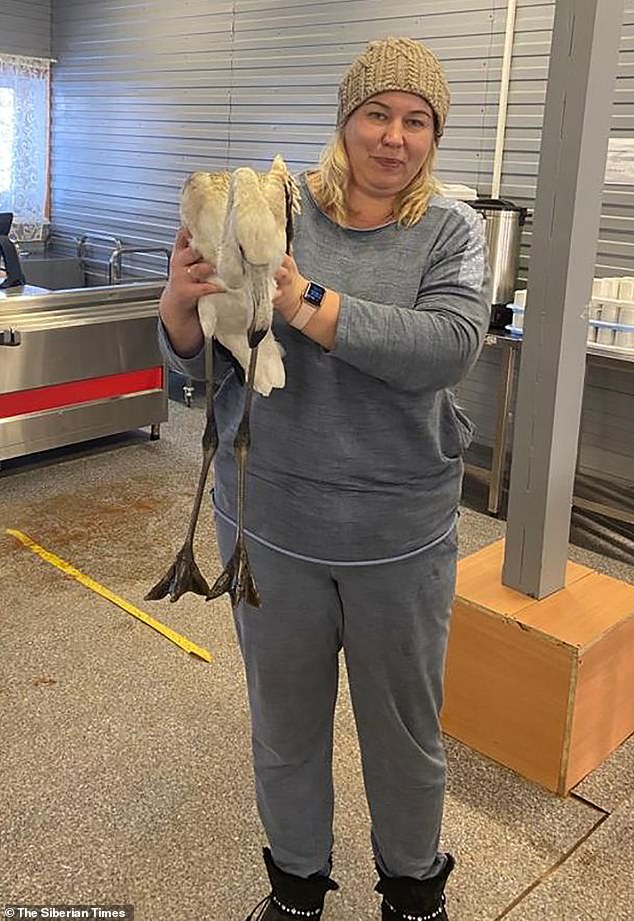 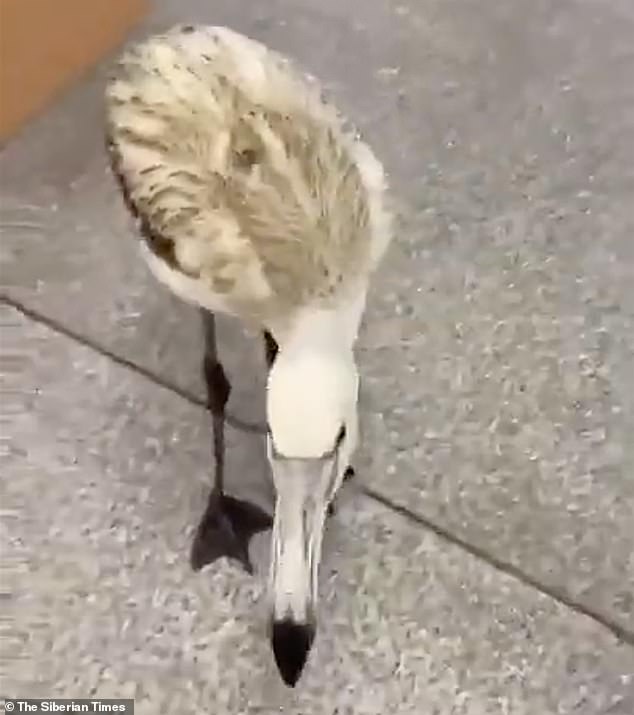 The latter arrival in Siberia (pictured) was found 1,160 miles to the east of the first in Yakutia, the world’s coldest permanently-populated region 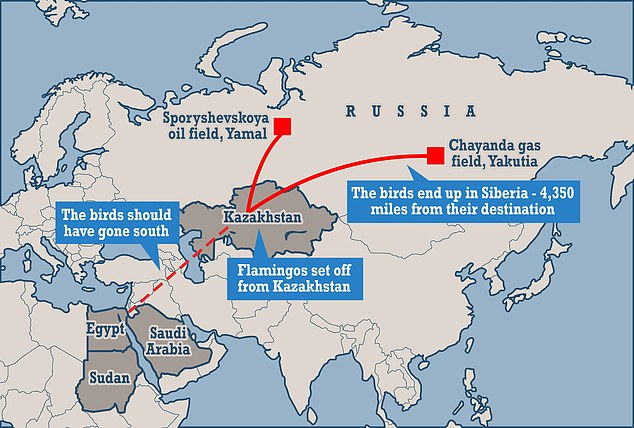 ‘I took off my jacket, wrapped it up, and we took it away.’

The bird probably intended to fly from Kazakhstan to winter in Saudi Arabia, Egypt or Sudan but for unknown reasons flew north instead of south.

The temperature when it was rescued was around minus 7C. 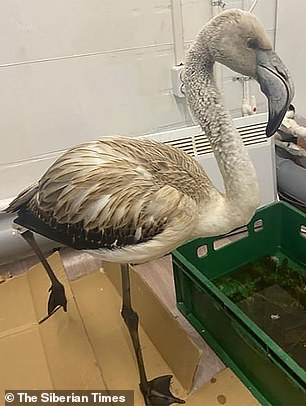 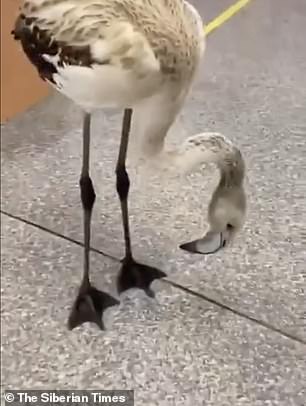 A first shivering bird was found 45 miles from remote Sporyshevskoye oil field, Siberia after inexplicably flying north instead of south for the winter

The second lost flamingo was found 1,160 miles to the east on Monday in the world’s coldest permanently populated region, Yakutia.

Shivering and emaciated, it was close to another famous Russian energy installation, the Chayandinskoye gas field.

Oil production director Anna Litvinova said the bird had been saved by worker Sultan Magomedov who realised it was a visitor from a tropical climate. 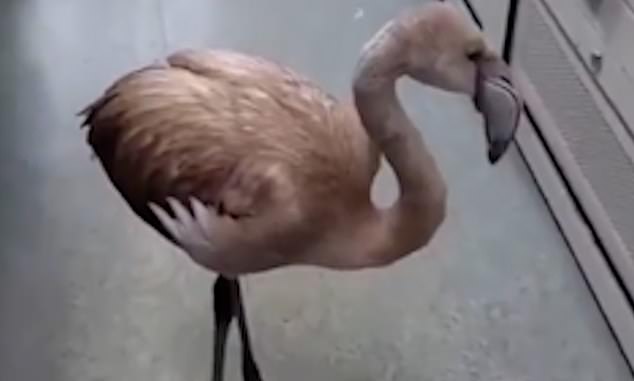 Here the temperature was an unseasonably mild minus 5C, but it was far too cold for the flamingo which is more than 4,000 miles from its intended destination.

‘The bird was examined by an ecologist from Gazprom Neft Zapolyarye and concluded that it showed signs of frostbite.

‘But after a few hours the flamingo came to its senses, and it drinks water, bathes, and is rather active.

‘We feed him with vegetables, seaweed, today we gave him an egg and pollock.

‘The bird eats little by little. 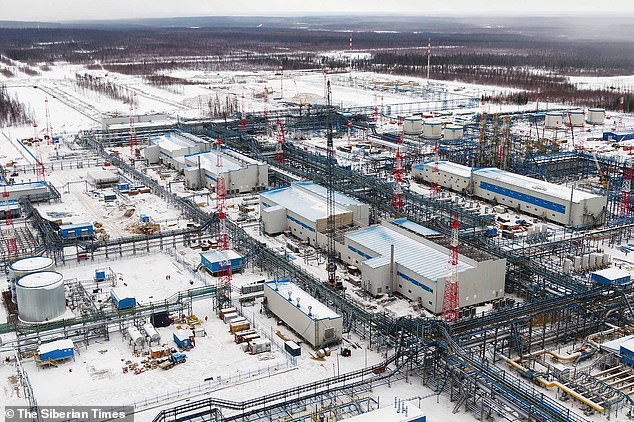 The second exotic bird was found at the Chayandinskoye gas field (pictured) in Siberia, around 4000 miles away from where it had expected to find itself

‘The flamingo responded to the name ‘Grisha’, so we named him Grisha, although we do not know his gender. ‘

In both cases, the energy saviours are looking for experts at faraway zoos to get help with the animals.

As temperatures plunge, they cannot release the birds into the wild.