Liz Truss has backtracked on her pledge to hold an ’emergency budget’ should she become prime minister – but vowed to still push ahead with tax cuts as soon as she takes office.

The Foreign Secretary has pledged to slash green levies on energy bills and to reverse the hike in National Insurance contributions.

And, despite initially being reluctant to offer more ‘handouts’, Ms Truss has also recently hinted she could deliver more direct support for households.

Ms Truss had previously insisted more help for hard-pressed families would come in the form of an ’emergency budget’.

But this has now been downgraded to a promise of a ‘fiscal event’ following a row over whether she would have to wait for official economic forecasts to be completed before unveiling action.

The Foreign Secretary’s U-turn on her pledge of an ’emergency budget’ comes ahead of the latest hustings event between herself and Mr Sunak in front of Tory members in Birmingham tonight.

This would mean an incoming PM might have to wait until November to hold a full-blown budget.

Ms Truss’s team have now said she would avoid the need to wait for the OBR to complete its work by instead holding a ‘targeted fiscal event’ in her first few weeks in Downing Street.

This would be similar to the statement made by ex-chancellor Rishi Sunak – who Ms Truss is competing with for the Tory leadership – in May when he announced previous cost of living support for families. 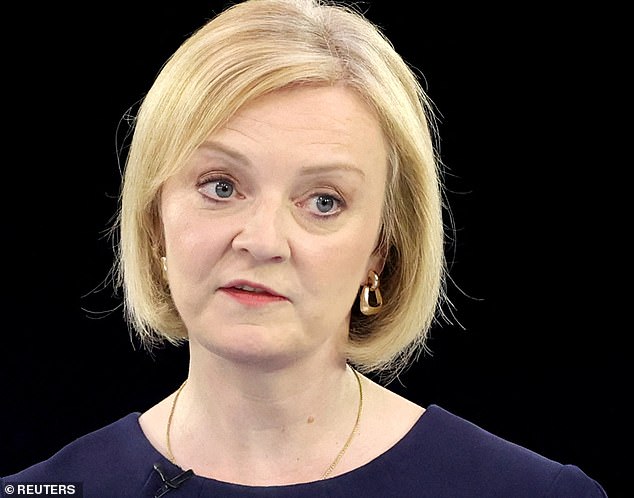 Tory leadership frontrunner Liz Truss had previously insisted more help for hard-pressed families would come in the form of an ’emergency budget’. 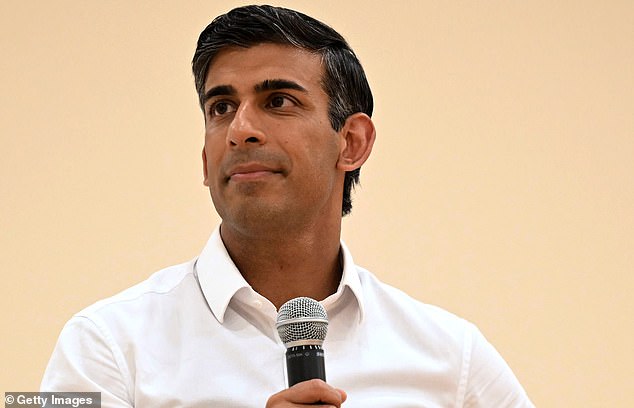 ‘Both candidates face the same choice — taking immediate action or waiting 10 weeks for the OBR,’ one ally of Ms Truss told the Financial Times.

Meanwhile, a senior Tory MP supporting the Foreign Secretary’s leadership campaign has warned the OBR is ‘hostile’ to tax cuts.

Sir John Redwood accused the watchdog of taking a negative view of tax cuts, which are central to Ms Truss’s economic plans.

The former head of Margaret Thatcher’s Policy Unit – who is tipped for a Treasury job if Ms Truss becomes PM next month – also said the OBR had produced ‘massive’ over-forecasts of Britain’s likely deficit, piling on pressure for tax increases.

Mr Sunak might be expected to use tonight’s hustings event in Birmingham to seize on the Truss campaign’s admission that she is abandoning her promise of a swift budget.

An ally of Mr Sunak said: ‘For weeks, Liz Truss’s central campaign pledge, in her own words, has been “to hit the ground running by bringing in an emergency budget”.

‘Now as her half-baked plans collide with reality she is walking back from it.

‘The question now is whether she will come good on her promise to deliver £50 billion worth of immediate tax cuts or whether she now agrees with Rishi that the priority must first be to grip inflation and help people with the cost of living.’

Mel Stride, the chair of the House of Commons’ Treasury select committee and a supporter of Mr Sunak, told LBC radio yesterday: ‘At the moment the Liz camp are saying, I believe, that there will not be any OBR forecast produced at that time and that is kind of like flying blind.

‘It means that you do all these dramatic things on tax etcetera but you don’t actually know what the independent forecaster believes the impact will be on the public finances.

‘I think that is quite a serious situation were that to come about.’

In his own promise of extra support for families, Mr Sunak has pledged to slash VAT on energy bills for all households while also providing more direct support for pensioners and those on benefits.

The Truss campaign said: ‘A Truss government would seek to act as soon as possible to help people across the UK, by cutting taxes and introducing a temporary moratorium on energy levies.’