This is the moment a Deliveroo rider’s motorbike was allegedly stolen outside a McDonald’s restaurant.

One of the two men – who appeared to be holding a crowbar – was heard shouting ‘Do you think I am f*****g about’ toward a group of Deliveroo riders outside the restaurant. 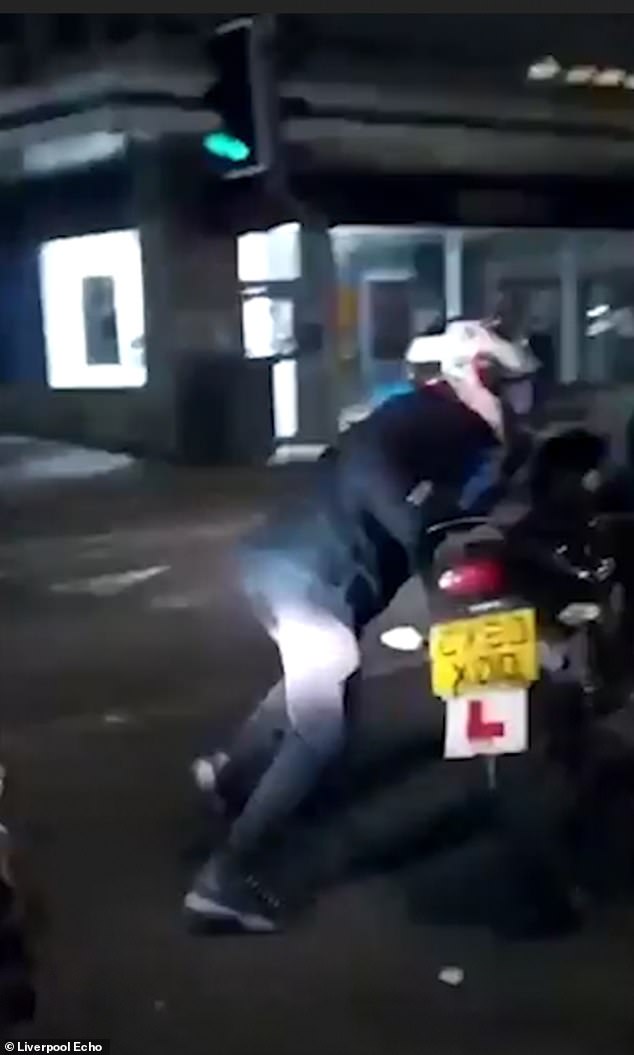 Silvio Carlos Visentini, 47, was picking up an order from McDonald’s on Saturday in Bootle when his motorbike was stolen by two men, one of whom was brandishing a crow bar 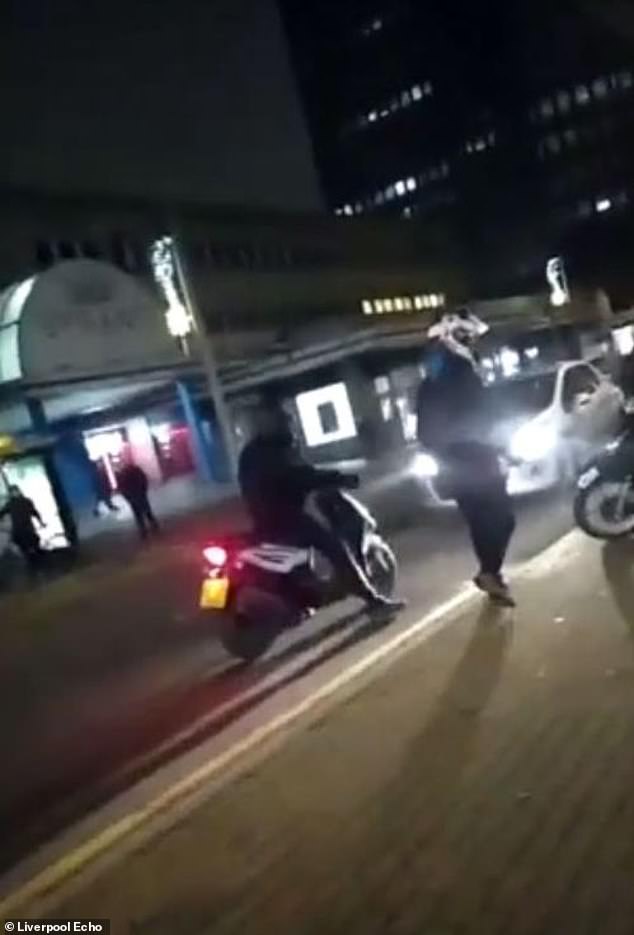 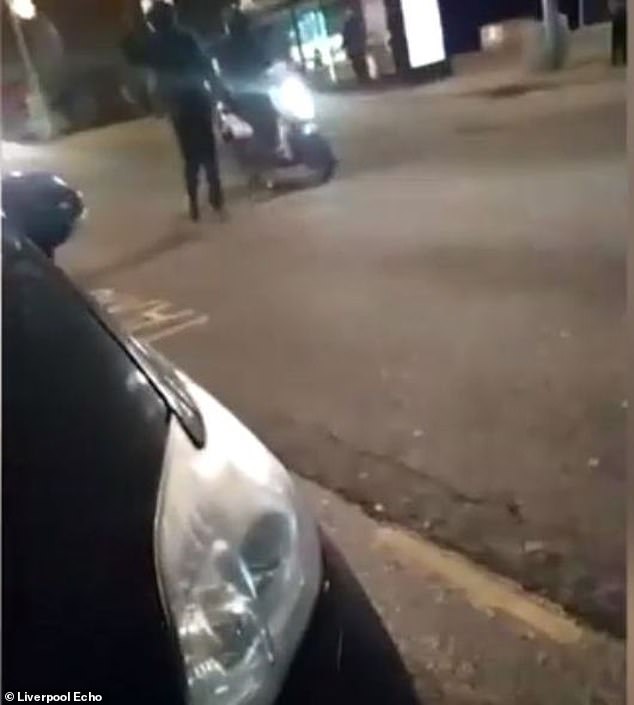 Silvio Carlos Visentini, 47, said the men used a crowbar to break the lock on his motorbike

The video shows some of the riders shouting at the two men as they approach the group of Deliveroo riders.

One of the robbers can also be heard shouting ‘Every single one of youse, let’s go now’ as he walks down the street, with another man who is on a motorbike.

Seconds later, the man who was on foot appears to steal a bike and flee the scene with the other man.

A Honda CBF 125 motorbike with the registration CX63 XDO was allegedly stolen from the scene.

The mobile phone footage shows one of the Deliveroo riders running after the men as they headed off down Stanley Road.

Silvio Carlos Visentini, 47, who owned the motorbike, said: ‘I was inside the McDonald’s at around 6pm picking up a delivery when my motorbike was stolen. 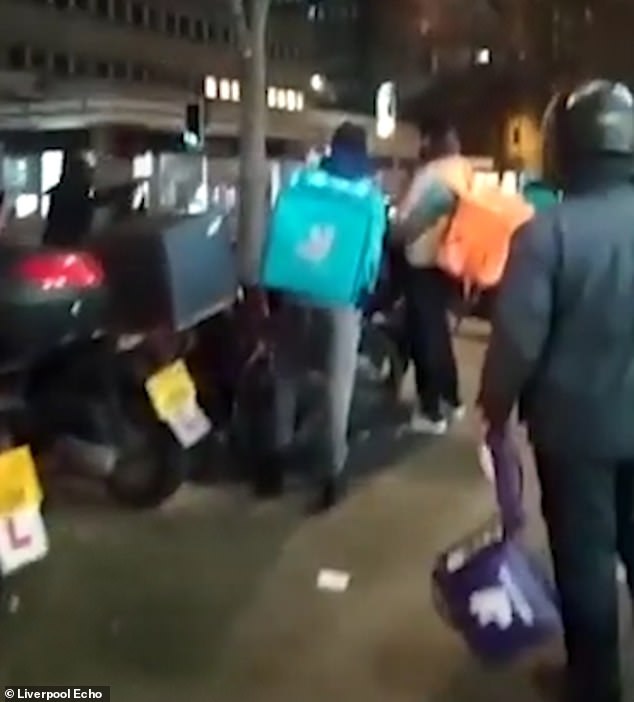 ‘By the time I came out the bike was gone. I was told they used a crowbar to break the padlock and then pushed the bike down the road.

‘It was too late to do anything.’ Mr Visentini, who is from Brazil, told the Liverpool Echo that he was now unable to work.

He said: ‘I need to find the money to buy a new motorbike.’

The incident was reported to Merseyside Police.