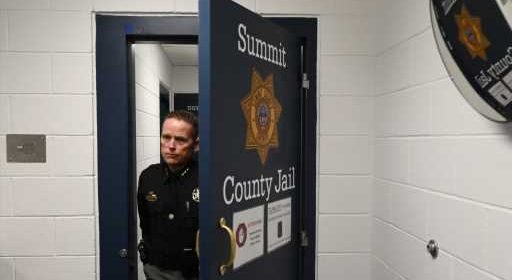 The organization, one of 17 regional community mental health centers that receive millions of dollars each year in public funding, has been at the forefront of criticism as policymakers look to revamp Colorado’s behavioral health safety-net system.

Mind Springs, which serves residents from Summit County to Mesa County, was the subject of a recent Colorado News Collaborative investigation that found local officials — including the Summit County jail — were ending contracts with the mental health center. Public officials and local residents said the center has failed to help needy people in mental health crisis and that its leadership was not publicly accounting for how it spent tax dollars.

The mental health center gets public funding, mainly from the state Medicaid program, to care for needy people who are covered by Medicaid, are underinsured or lack insurance.

Mind Springs public relations director Stephanie Keister said the review is “not an investigation.” Instead, she said the center is “collaborating and working closely” with the three state agencies to “develop opportunities to enhance care” in the community.

“We’re looking forward to this joint process and the outcomes,” she said, via email.

The “joint site review” comes after community complaints about Mind Springs reached the state level, according to the statement from the three state departments. The audit is intended to produce a list of “opportunities and obligations” for Mind Springs to address, state officials said.

Mind Springs CEO and President Sharon Raggio had planned to step down in June but resigned this month following the Colorado News Collaborative investigation.

“With the negative press recently, she felt that by resigning sooner she could allow the organization to focus on positive change that will truly help our communities, versus the negative rhetoric surrounding her personally,” Keister said.

Doug Pattison, the organization’s chief financial officer, was named interim CEO following Raggio’s resignation. In his first week, he is “focusing on transparency” and has been meeting with local county commissioners and community leaders to provide information about funding sources and services offered by Mind Springs, which offers mental health therapy and addiction counseling.

Colorado’s 17 community mental health centers receive $437 million per year in tax dollars and have come under scrutiny recently from lawmakers and behavioral health officials who have questioned the system’s lack of oversight. The centers, now facing severe worker shortages, are serving fewer patients than they were before the coronavirus pandemic began, a period in which the demand for mental health services has escalated.

The findings of the joint state review of Mind Springs will be made public when the review is complete, state officials said.

Reporter Jennifer Brown can be reached at [email protected] or 303-589-0175 . This investigation is part of the “On Edge” series about Colorado’s mental health by the Colorado News Collaborative, of which The Denver Post is a member.