The problem may be plain to see, but the remedy is far from obvious. The problem is inflation. Currently sitting at 5.1 per cent, and expected to reach 7 per cent by the year’s end, it has become the economic dragon that the Reserve Bank is determined to slay. For good reason.

Fundamental to economics is the law of supply and demand. Thrown out of kilter recently by such events as the Ukraine war, supply chain constraints, flooding and a tight labour market, demand has outstripped supply, triggering a spate of price rises. Left unabated, the ripple effect would spread far beyond the petrol bowser and supermarket shelves, eventually creating a drag on investment and the job market. 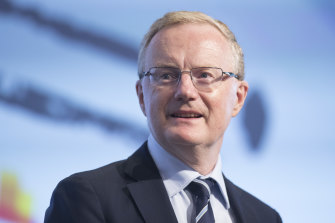 To temper demand, and allow supply to catch up, the Reserve is using monetary policy to increase the cost of borrowing. On Tuesday, it lifted rates for the third consecutive month. The latest rise was by 0.5 percentage points, taking the official cash rate to 1.35 per cent, and there is little doubt more increases are on the way.

The impact of the new rise was felt by many almost immediately. The Commonwealth Bank, NAB and ANZ took little time to lift home mortgage rates in line with the official rate increase. But that is only the most obvious point of hip pocket pain. The broader and deeper implications will take longer to kick in as governments, businesses and households take the higher rates into account when making decisions about spending and investments. The Albanese government has already signalled its intent to prioritise budget repair to stave off larger interest rate increases. And that is where the wider risk to the economy arises.

The Reserve’s most effective tool in fighting inflation is also one that is most likely to tip the economy back into recession. Lift rates too high, or too quickly, and the fallout could quickly turn into a wider and deeper slowdown. And that is not the only predicament facing the Reserve. While it can make an educated guess as to what impact lifting rates will have on Australian businesses and households, and therefore what impact doing so will have on inflation, it has little control over international factors.

The inflated price of a new car, or the petrol it runs on, is not going to come down as a result of the Reserve Bank lifting rates, no matter how high. You can blame the shortage of microchips or Russian President Vladimir Putin for that. This reality puts the Reserve in the unenviable position of having to lift rates to fight inflation while having little control over external forces that are driving the price increases.

After some years of slow but stable growth in Australia, propped up by low inflation, the start of the pandemic in 2020 brought not just a health crisis but an economic one. As cities, and nations, went into lockdown, the dramatic fall in financial markets reflected the precipitous downturn in the economy. The worst of the pandemic may be behind us, and the shortage of workers in the labour market is a good indicator of how strongly the economy has recovered, but there are few nations that are not facing inflation.

Reserve governor Philip Lowe has committed the central bank to bringing inflation back to its target range of 2 to 3 per cent but, as he is well aware, he does not have all the answers when it comes to taming the dragon.

Gay Alcorn sends a newsletter to subscribers each week. Sign up to receive her Note from the Editor.