Police have arrested a former member of the Defence Force and seized chemicals that could be used to manufacture explosives during a major operation in Picton, south of Sydney.

Investigators are looking into whether the 54-year-old man, who allegedly has extensive training with bombs from his military experience, is a “doomsday prepper” or was preparing for an act of terrorism using the chemicals he had collected. 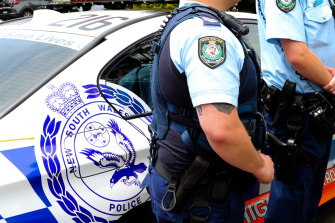 Police found chemicals that could be used in bomb-making during raids in Picton.Credit:Edwina Pickles

The raids on two addresses in Picton, starting on Tuesday morning, followed a joint investigation by NSW Police and the Australian Federal Police into alleged firearms offences.

The investigation was launched after the AFP became aware of a number of alleged imports of firearms parts, chemicals and 3D printing materials.

Searches of the premises uncovered a stockpile of chemicals, bulletproof plates that could be used in body armour, and $200,000 in cash, according to police.

“We already have serious concerns about the stockpile.”

Officers from the bomb squad and counter-terrorism command were among those involved in the operation on Tuesday.

The searches of the homes are ongoing and may take several days as specialist police examine the materials.

The man was being interviewed by detectives on Tuesday afternoon and was expected to be charged by the end of the day.