Students accuse each other of white supremacy at Berkeley POC house

Berkeley’s ‘racist’ student house which BANS white people from its common room is a ‘nest of vipers’ where members accuse each other of white supremacy for being white, says resident

The UC Berkeley People of Color themed student cooperative house which bans white people from common spaces has a troubled history of discrimination and neglect, according to students.

Though the house was ‘founded upon the pillars of cross-cultural exchange, academic and professional support, and anti-oppression/allyship,’ student Manduhai Baatar said it has operated counter to those ideals throughout a sordid past.

In a 2020 Medium piece that appears to be an attempt to rebrand the house while addressing its problems, Baatar said the house has been plagued by ‘white supremacy,’ neglectful students who have left the house ‘uninhabitable,’ and gained a reputation for ‘call out culture’ and drug use.

‘The house has also failed to uphold their pillar of anti-oppression and allyship,’ Baatar wrote, ‘As it has become notorious for its reputation of anti-Blackness, upholding white supremacy by ignoring the various forms of oppression perpetuated by former house members.’

The POC house recently came under fire after a list of its house rules – which explicitly prohibited white guests from being in common spaces – was posted to Reddit.

UC Berkeley has said the problematic house and its rules are not the school’s business as the house is a privately-owned off-campus residence. 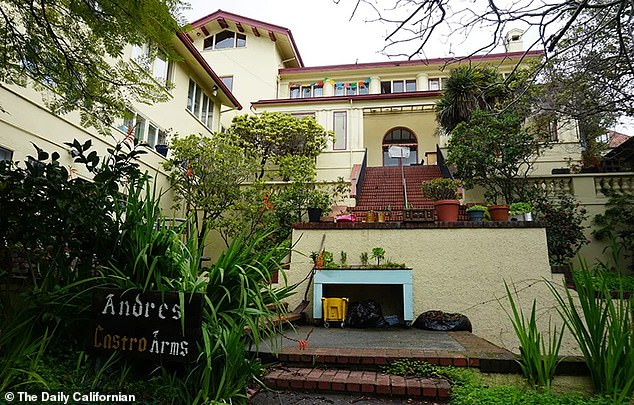 A photo posted to Reddit shows the inflammatory rules, that include ‘White guests are not allowed in common spaces’

Another rule states that guests must be announced if they are going to be in common spaces, and if they are white

Baatar described a house intended to promote racial harmony and serve as a safe space for people of color, but instead descended into a mess of accusations of racially charged aggressions.

‘Several members have been criticized for being white/white passing, aligning themselves with whiteness, or allowing white violence in the house,’ Baatar wrote, ‘Thus, many members (and their guests) have both explicitly and implicitly uplifted white supremacy, misogyny, queer/transphobia, anti-Blackness, classism, and colorism in the space.’

‘Other instances of conflict in the house include the unacknowledged privileges awarded to those who benefit from whiteness or are closer in proximity to whiteness, exemplified most by those with class privilege and white passing privilege.’ 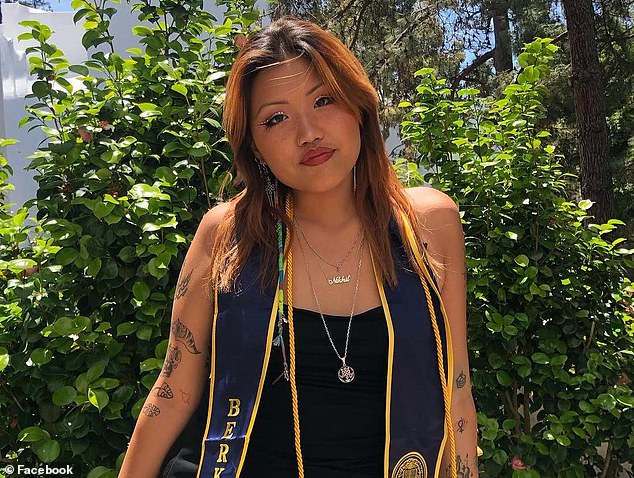 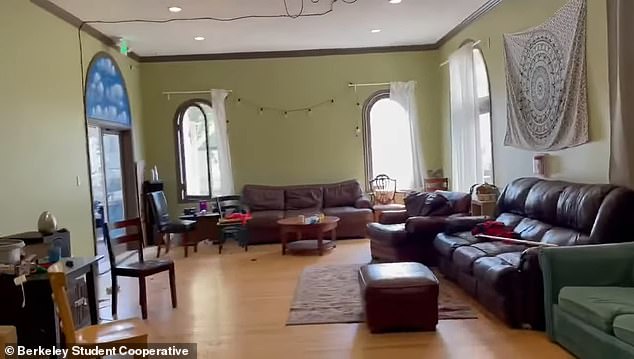 Inside the UC Berkeley POC house, where white guests are not allowed in common spaces

Baatar said instead of the house being a haven for its lofty ideals, many students moved there simply for the cheap rent. The result was neglect of the property, and conflict between people who believed in the house’s goals and residents who never cared for them in the first place.

‘POC house has been known for its call-out culture, in which members are often criticized for their actions without pursuing restorative justice or holding people accountable for the harm they have caused,’ Baatar wrote.

Instead of the house being strengthened by its diversity, crossed wires from crossed cultures drove conflict, Baatar claims.

‘Conflict also often arises from the various identities and perspectives brought into the house, thus failing the house’s third and final pillar of cross-cultural exchange.

For many reasons, there seemed to be no personal or emotional investment in the house or what it represents, with little to no faith in house management.’

While the student house aims to have an ‘inclusive’ environment, the rules specifically state ‘white guests are not allowed in common spaces,’ according to the list, which was posted on Reddit.

The accommodation, which is located close to Berkeley’s campus, is a five-story, 30-room home that can house up to 56 students. The house is owned by a private landlord.

But the ‘rules’ which were leaked on social media, have caused outrage – with many people slamming the restrictions as ‘racist’ as others came forward and revealed their experience living in the co-op.

One mixed-race Reddit user, who claimed to have lived at the house, said that their ‘presence as a light-skinned person was not received well.’

They said house members called them slurs and they were even not allowed to let their dad enter the house ‘because he’s white.’

The house was set up as part of the Berkeley Student Cooperative, a program designed to bring affordable housing to students in California’s expensive Bay-area, and ‘aims to provide housing to low-income, first-generation, immigrant and marginalized students of color.’

Janet Gilmore, Senior Director of Strategic Communications at the University told DailyMail.com the house is ‘not campus operated,’ meaning ‘it is not the role of the campus to comment.’

Gilmore also said the University does have its own theme programs, but they have ‘no such policies like the one alleged in the Reddit image,’ and stated ‘Cal Housing Theme Programs do not discriminate on the basis of race, consistent with UC and campus policy.’

‘As this involves an off-campus non-affiliated landlord, the campus has no ability under the Code of Student Conduct to discipline the landlord.’