THE MV X-Press Pearl started to sink on Wednesday, one day after authorities managed to extinguish a fire that had blazed on the boat for 12 days. The ship is loaded with chemicals, making volunteer groups refer to the incident as a “tragedy” for marine life in the region. Previous efforts to tow the boat into deeper waters failed when its stern went beneath the surface and rested on the seabed.

According to X-Press Feeders, the Singapore-flagged vessel’s operators, most of the cargo onboard was destroyed by the fire – including 25 tons of nitric acid and other chemicals.

Images of the wreckage suggest that huge volumes of plastic pellets have spilled into the ocean, leaving environmental groups fearful that the remaining chemicals and oil from fuel tanks could also escape.

Speaking to Sky News, Charith Jayaratna, country manager for The Mighty Roar voluntary organisation, said that the situation was abysmal.

He added: “This can be defined as the worst marine ecological disaster ever to happen to Sri Lanka. 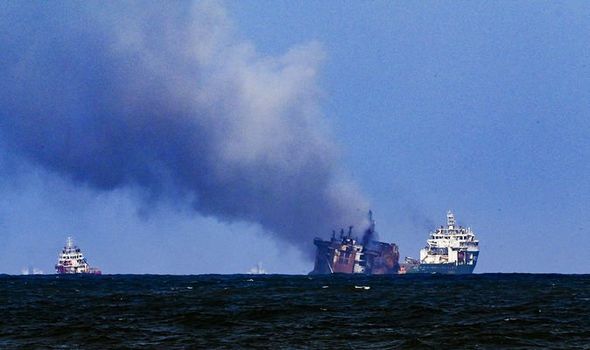 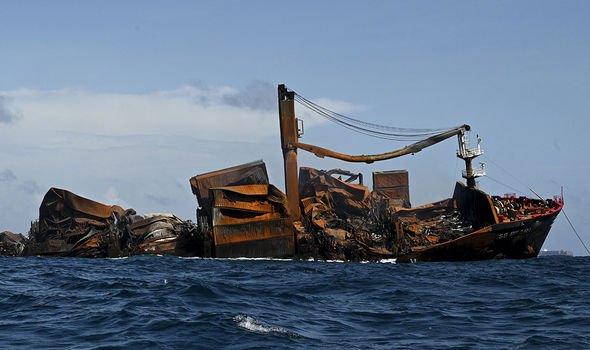 “The ship was carrying 78 metric tons of plastic pellets as well as so many chemicals harmful to nature.

“The government has given permission for this ship to come into our sea area. It is a tragedy that [has killed] so much marine life in Sri Lanka.”

Mr Jayaratna also explained that over 10,000 baby turtles had recently been released into the sea as part of a turtle conservation project he was involved with.

He said: “It is really sad to see turtles dying on the shore.” 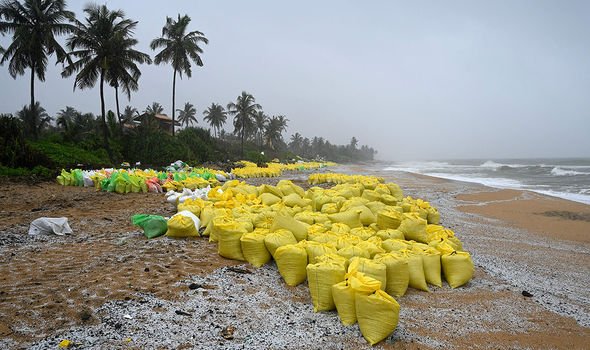 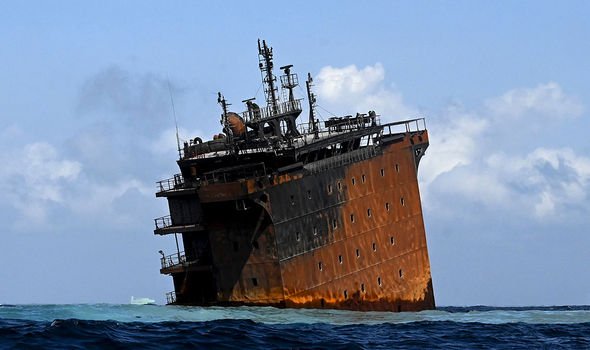 According to Mr Jayaratna, the disaster has also killed many other fish and marine creatures, with bodies frequently washing up on the shore.

Despite the good job he said the authorities, navy and public were doing at cleaning the beaches, the situation will still be remembered as a “tragedy”.

Mr Jayaratna added: “I have been volunteering for seven years and I haven’t seen such a tragedy, such an amount of plastic pellets on the beach.

“Fishes and marine life eat those plastics, which end their life. 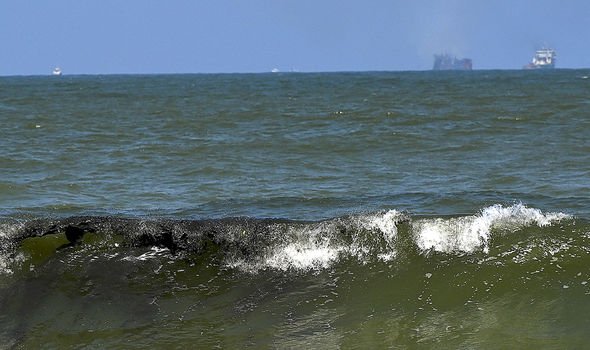 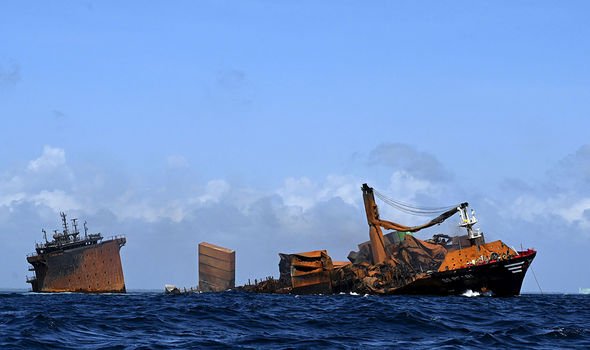 “We have to stop these irresponsible activities of people all over the world.”

Fishing along the roughly 50-mile-long (80km) coastline has been banned by the government.

According to the ship’s operator, the boat’s stern was lying on the seabed around 21m (70ft) below the water’s surface, with the bow “settling down slowly”.

MarineTraffic, a ship tracking website, is currently showing a number of boats helping with the rescue mission with the firm claiming experts were helping the vessel “monitor the ship’s condition and oil pollution.”