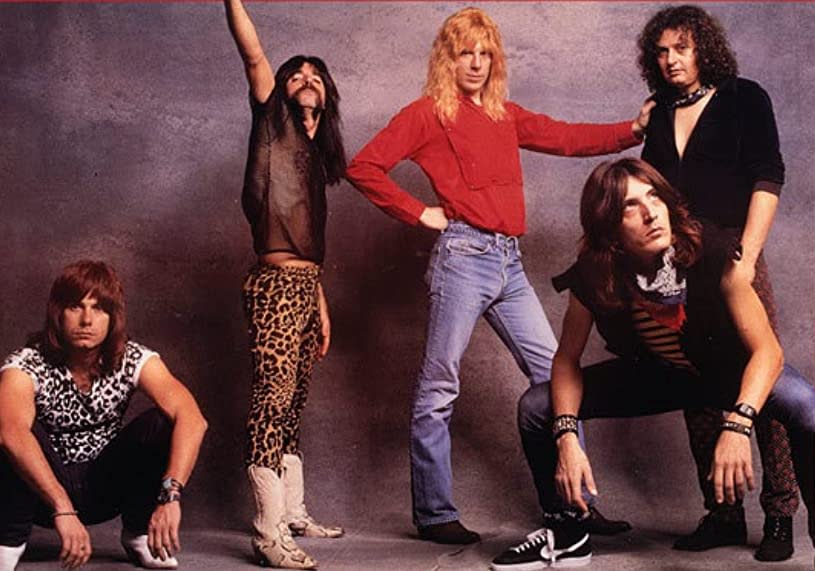 Ric Parnell, the British musician best known for playing doomed drummer Mick Shrimpton in Rob Reiner’s cult-classic heavy metal mockumentary This Is Spinal Tap, has died at age 70. The news was confirmed Sunday on social media by comic actor Harry Shearer, aka Spinal Tap’s Derek Smalls, who said “no one ever rocked harder” than Parnell. No cause of death was revealed at press time.

Ric Parnell, our drummer in This is Spinal Tap, passed away today. No one ever rocked harder.

Parnell did not just portray a drummer onscreen. The London-born grandson of music hall artist Russ Carr and son of jazz drummer/bandleader Jack Parnell, he got his start in the rock band Horse, who released one album in 1970, before joining prog band Atomic Rooster. Parnell played on two Atomic Rooster albums, 1972's Made in England and 1973's Nice 'n' Greasy, which yielded two U.K top 15 hits, “Tomorrow Night” (No. 11) and “Devil’s Answer” (No. 4).

After leaving Atomic Rooster, Parnell played in three Italian groups, the Tritons, Ibis, and Nova, as well as in the short-lived pop/rock group Stars. He was also famously invited by frontman Steve Perry to join Journey but reportedly declined, and he claimed to have turned down an offer from Whitesnake as well. Along with his various bands, Parnell’s credits included playing drums on Toni Basil’s massive pop hit “Mickey” and working with Michael Des Barres, Yes frontman Jon Anderson, Ravi Shankar, Wayne Kramer, and Radio Birdman frontman Denik Tek. Tek took to social media Sunday to post a heartfelt tribute to Parnell, saying, “From day one, meeting him, I found him to be engaging, warm, and delightfully funny. We hit it off as pals immediately. He had a cheerful spirit that made you feel good, just being around him. … Ric was one of a kind. He lives on in his music, and in our hearts.”

While This Is Spinal Tap was obviously a work of fiction, Spinal Tap became a real band — recording a hit soundtrack album that featured Parnell’s drumming, and playing live shows that included an appearance on Saturday Night Live. Because Parnell’s character had died in the film, when the prefab rock group staged a reunion tour in 1992, Parnell performed as Mick Shrimpton’s twin brother, “Ric Shrimpton.” Parnell also played drums on Tap’s reunion album, Break Like the Wind, that same year.

In recent years, Parnell had been residing in Missoula, Mont., where he co-hosted a weekly radio show amusingly titled "Spontaneous Combustion" on KDTR 103.3 FM. Last year, he contributed drums to five tracks on the Atomic Rooster-inspired psychedelic project Nuclear Bird. A GoFundMe has been set up to help cover his funeral costs.