Space Jam: What does Lola Bunny look like then and now?

WITH the Space Jam sequel coming out, fans are noticing differences in the animation styles of the beloved Looney Tunes characters, namely Lola Bunny.

Lola Bunny's animation, style, and whole attitude has shifted for a new generation and a new Space Jam. 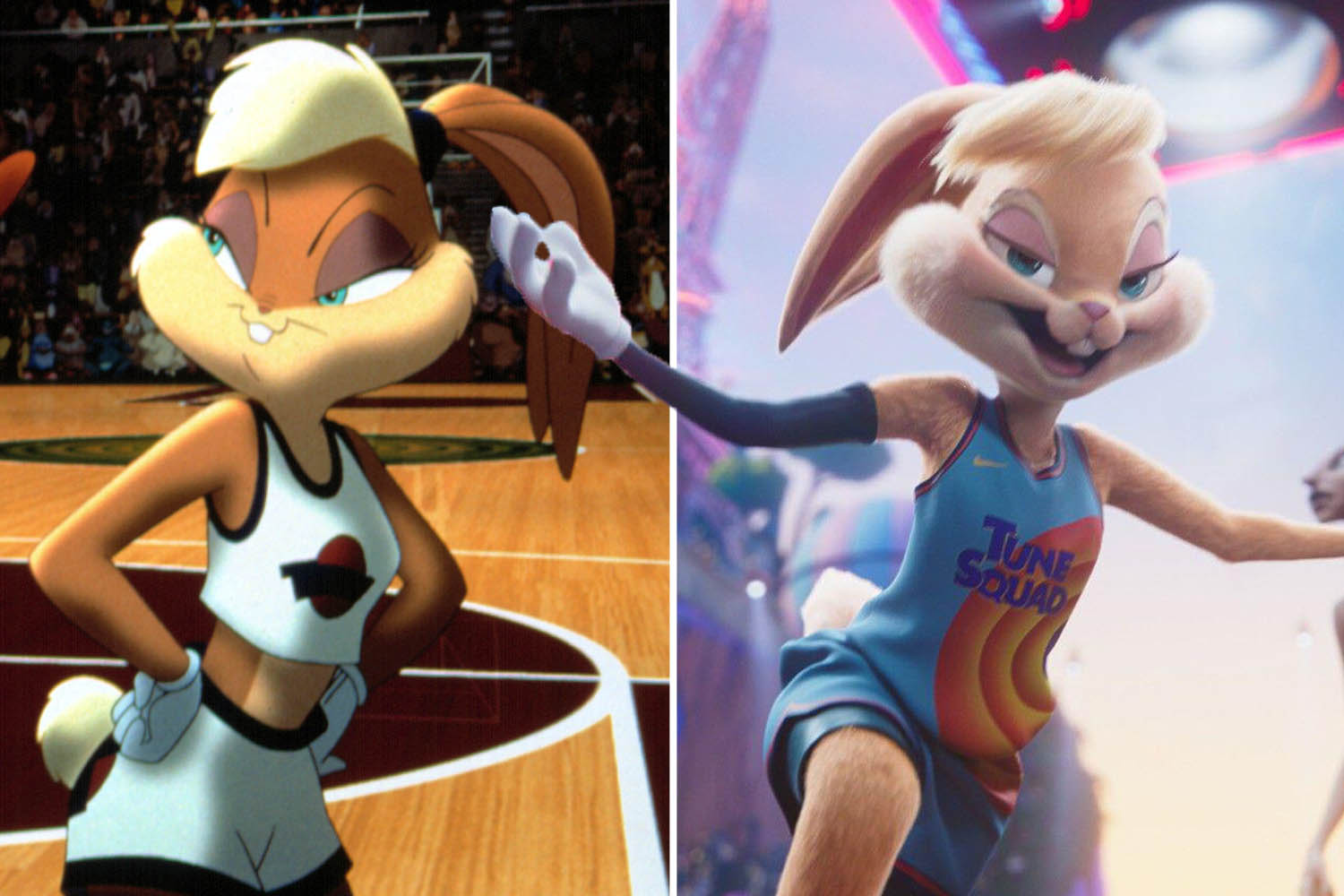 What does Lola Bunny look like in the original Space Jam?

The original Space Jam came out in 1996 and starred Michael Jordan on a basketball team with a cast of Looney Tunes trying to defeat aliens through the power of the sport.

One of the only female characters in the Looney Tunes gang, Lola Bunny was noticeably sexualized in the original film with a crop top and short shorts.

Sexy music would play as she sauntered in and out of rooms and she was named "the heartthrob of the hoops" when announced during the game.

A major plot point in the movie was Bugs Bunny fawning over the female bunny until the two eventually smooch at the end.

Now, the character wears full length shorts and a longer shirt, in a much less sexualized outfit.

Entertainment Weekly reported in March 2021 that she would be the strongest member on the basketball team, other than LeBron.

The film's director Director Malcolm D. Lee spoke about his desire to fully characterize Lola in the new film and give her more of a story line.

"Lola was very sexualized, like Betty Boop mixed with Jessica Rabbit," he said

"Lola was not politically correct…. This is a kids' movie, why is she in a crop top? It just felt unnecessary, but at the same time there's a long history of that in cartoons."

Who voices Lola Bunny in Space Jam: A New Legacy?

Zendaya will voice Lola Bunny in the Space Jam sequel.

Along with the live action stars there are appearances by the much-loved Looney Tunes cartoon characters.

Here are who voices the other beloved characters:

How can you watch Space Jam: A New Legacy?

Space Jam: A New Legacy will be released in theatres on July 16 and is available for streaming on HBO Max the same day.