A World Cup public screening has descended into violence in Melbourne as Socceroos supporters turn on a small group of French fans celebrating their win – throwing punches, spitting and hurling bottles and cans.

There were initially scenes of jubilation as the Socceroos hit the front with a goal from Craig Goodwin – before France took back the lead at half-time and extended it to 4-1 by the end of the opener.

Shortly after the game ended, shocking footage and photos show French fans being forced to duck for cover about 8am as they were pelted with cans and water bottles. 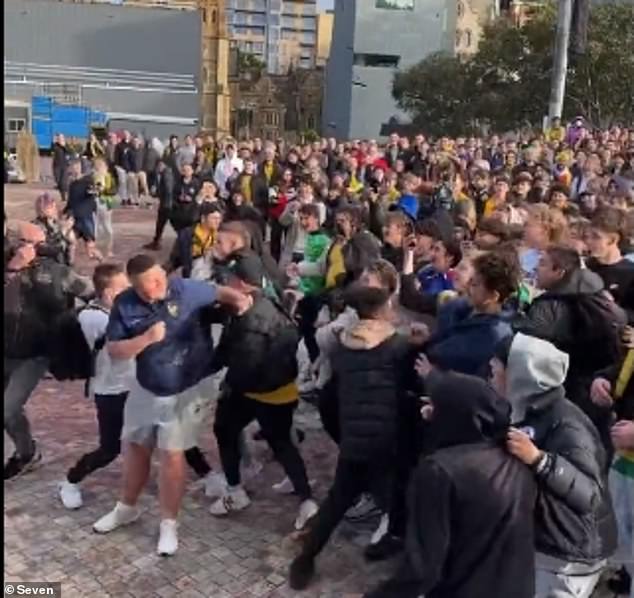 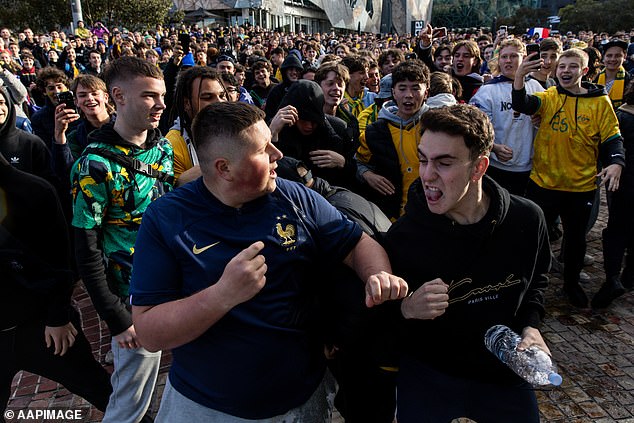 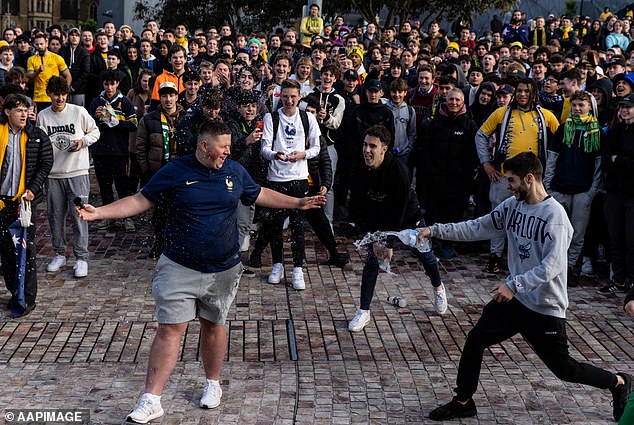 There are also reports a French flag was stolen from some Les Bleus supporters by Australian fans.

Footage also emerged of flares being thrown during the match.

Tensions subsided a short time later with no arrests made.

‘Police are yet to receive any complaints but will investigate any reports made to them in relation to the event, a Victoria Police spokeswoman told Daily Mail Australia.

‘We urge anyone who hasn’t spoken with police to come forward.

‘There is no place for violent or anti-social behaviour in the community and we support the vast majority of sporting fans celebrating this exciting time in the right spirit.’

There were sombre and much more subdued scenes elsewhere across Australia following the loss, including Sydney’s iconic Cheers bar.

Fans will return to Federation Square on Saturday night for the Socceroos’ must-win clash against Tunisia. 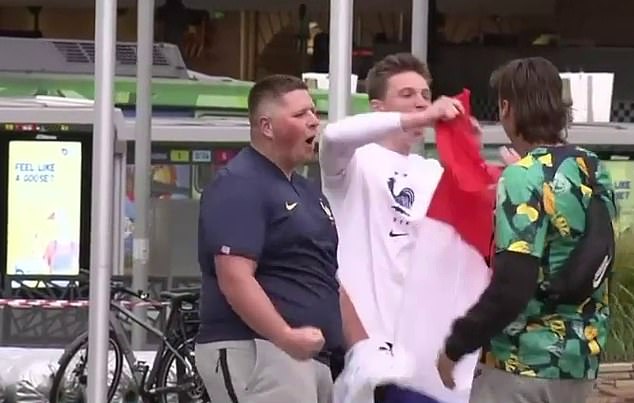