All of Britain’s past and present political leaders are gathered together in one place in a historic moment as Charles III is officially proclaimed King.

The country’s six former Prime Ministers and leaders of the opposition are at the Accession Council at St James’s Palace today to confirm the new King following the death of Queen Elizabeth II on Thursday.

They were joined by former leader of the opposition Ed Miliband who led the Labour Party from 2010 to 2015 and Neil Kinnock, who did the same between 1983 and 1992. Former Liberal Democrat leader Nick Clegg also joined the Council this morning.

Members of The Royal Family and new Prime Minister Liz Truss are also in attendance, as is current Labour Party leader Keir Starmer.

The country’s political leaders, old and new, joined in chorus of ‘God Save The King’ to show their support for the new monarch. 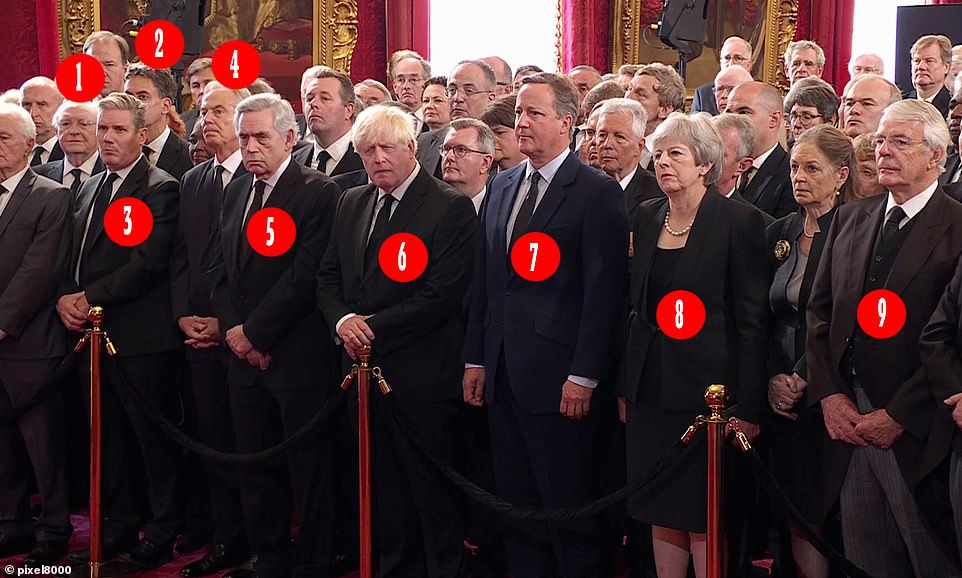 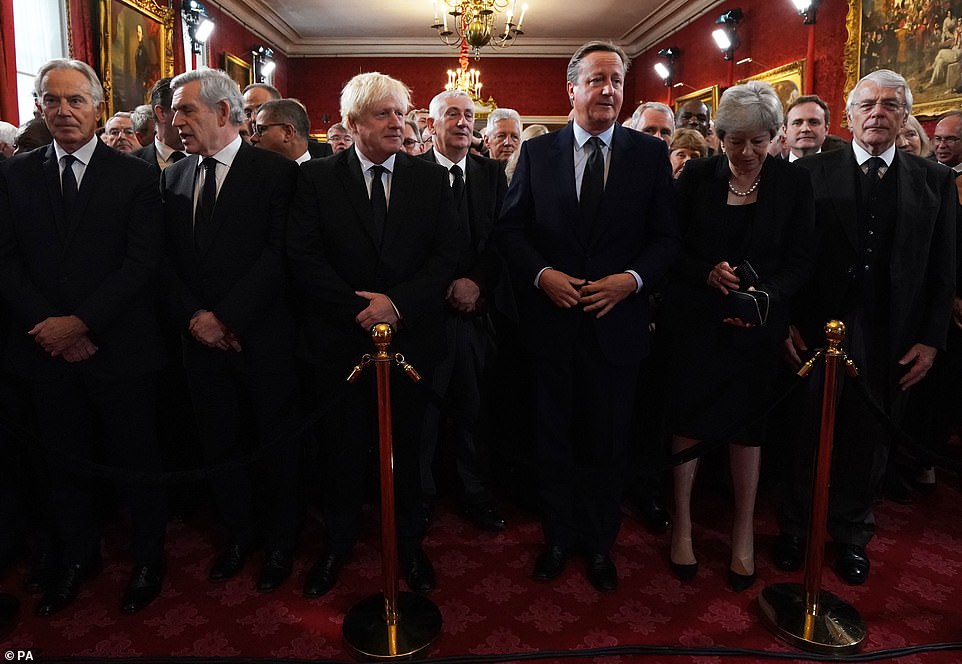 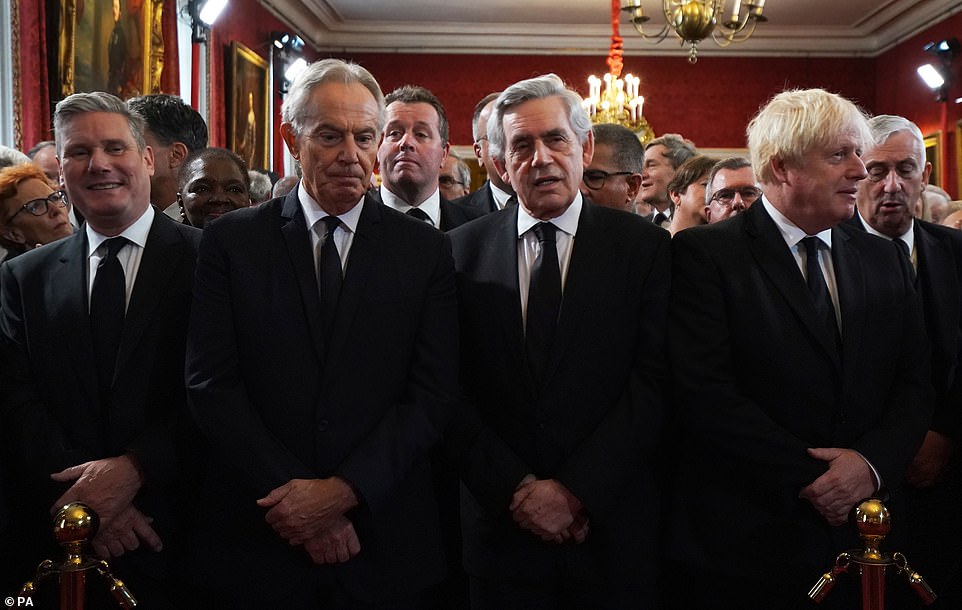 The past and present political leaders attended the Accession Council this morning to proclaim the new King, Charles III 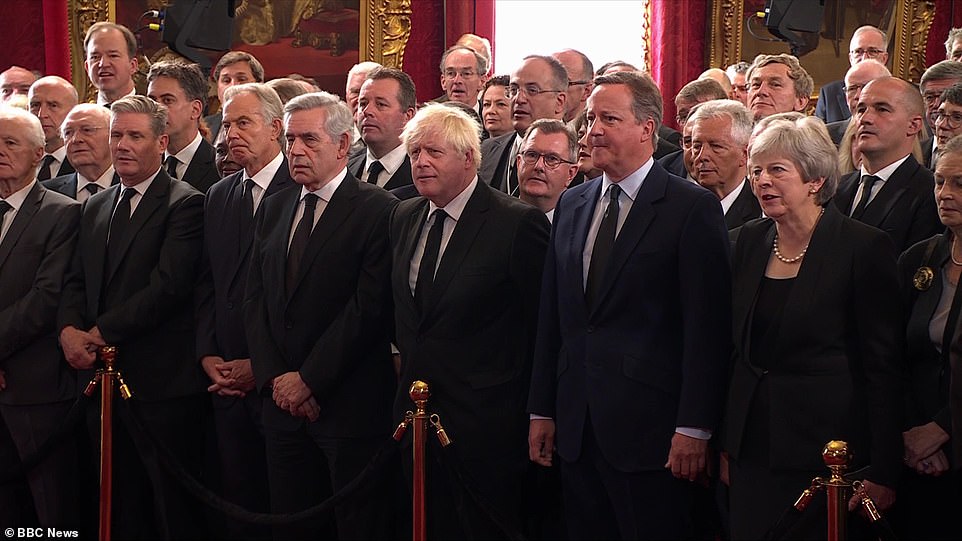 The political leaders, old and new, joined in chorus of ‘God Save The King’ to show their support for the new monarch

Former Labour Prime Minister Gordon Brown and Boris Johnson, who resigned as Prime Minister earlier this week, were seen chatting enthusiastically in the front row as they waited for the ceremony to begin.

Charles automatically became Britain’s new monarch on the death of his mother aged 96 at Balmoral Castle on Thursday afternoon, but the Accession Council – a body of advisers that dates back to the time of the Norman kings – is formally announcing his role today, in a ceremony being televised for the first time.

Camilla, Queen Consort, William, Prince of Wales and 250 other dignitaries including the Archbishop of Canterbury Justin Welby, the Lord Chancellor, the Archbishop of York Stephen Cottrell, the Prime Minister, the Lord Privy Seal, the Lord Great Chamberlain, the Earl Marshal and the Lord President to signed the proclamation. 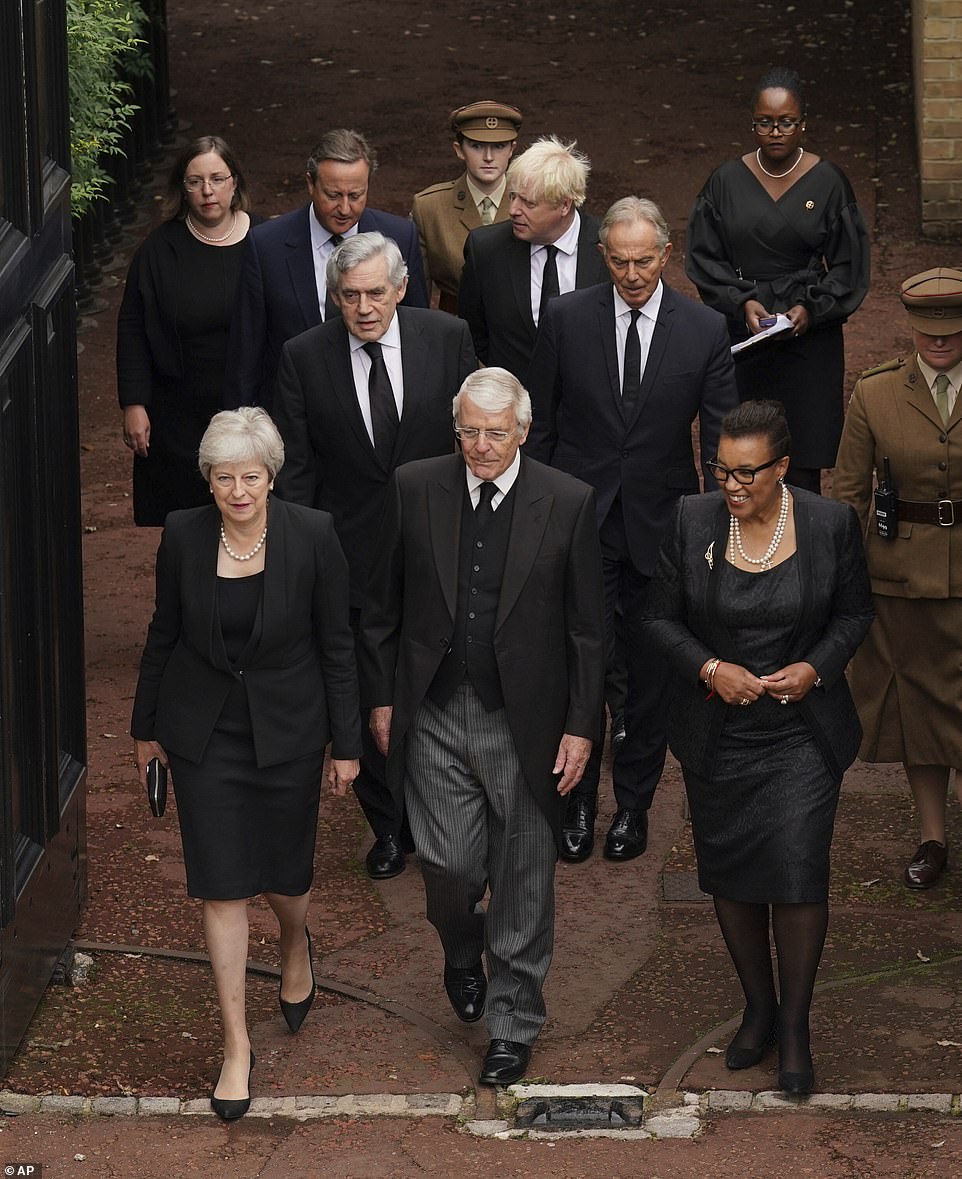 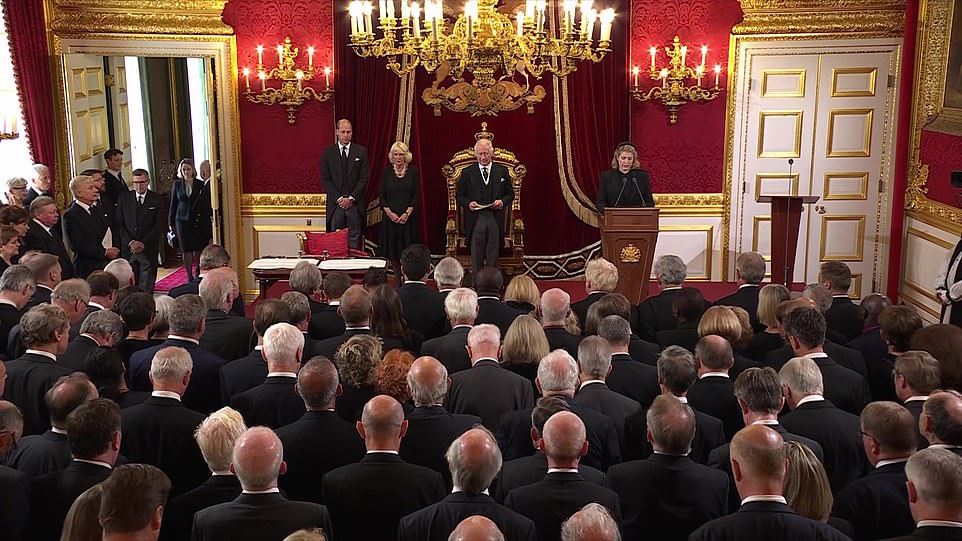