Actress Una Stubbs who starred in Sherlock, EastEnders and Till Death Do Us Part left behind an estate of £1.3m after her death.

The star, who was born in Hertfordshire in 1937, died in August aged 84 after more than 50 years in showbiz.

Since her first break starring alongside Sir Cliff Richard in Summer Holiday in 1963, she appeared in some of Britain’s best-loved shows including a role as Mrs Hudson in the BBC’s Sherlock with Benedict Cumberbatch and Martin Freeman. 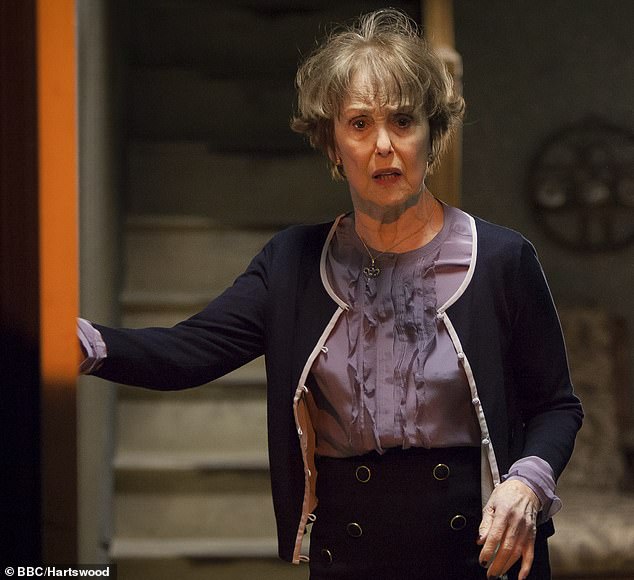 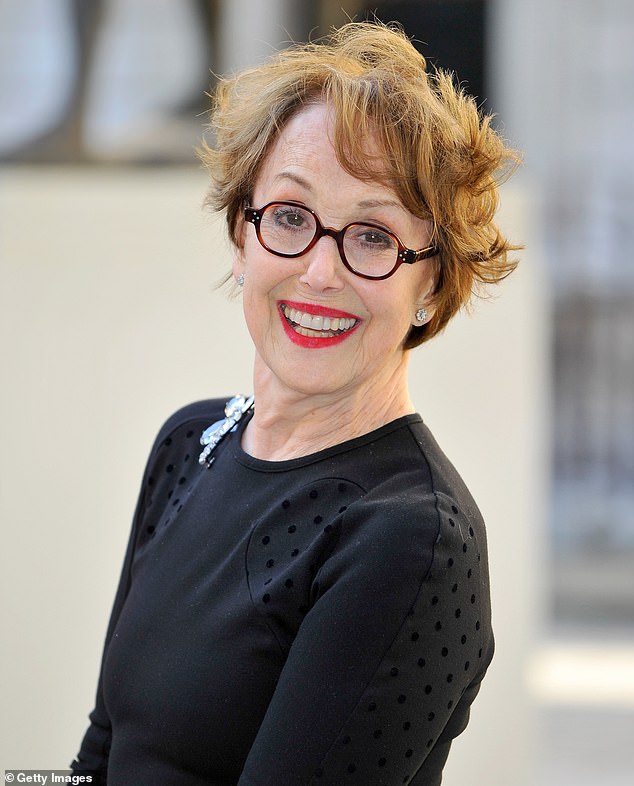 Actress Una Stubbs, pictured  at the Royal Academy of Arts in London in June 2014, died at the age of 84 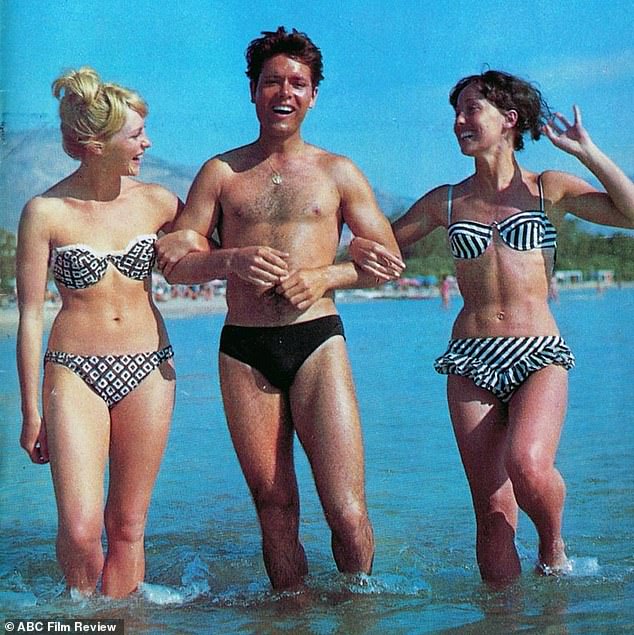 Public documents revealed administration of her estate was granted by the High Court of Justice on October 22 to the administrator – her son Joe Henson.

The ‘Ad Colligenda Bona grant’ was only in relation to ‘collecting, getting in and receiving the estate’ ahead of the sale of her property in London.

Stubbs was married to The Onedin Line actor Peter Gilmore from 1958 to 1969, with whom she adopted son Jason, and then married Fawlty Towers star Nicky Henson in 1969, before they split in 1975.

The couple had two sons, Joe and Christian, who are now composers.

The mother-of-three died at her home in Edinburgh after a long illness – prompting an outpouring of tributes from across the celebrity world.

At the time of her death Sir Cliff, who appeared with her many times throughout their careers, described her as a ‘wonderful’ actress.

He added: ‘She was the most exciting person to be with.

‘She was funny. She could really do just about anything – act, dance, she could even sing.

‘Her talent, her joy, everything that she was will remain with us though. While we remember her, she will still be with us.’ 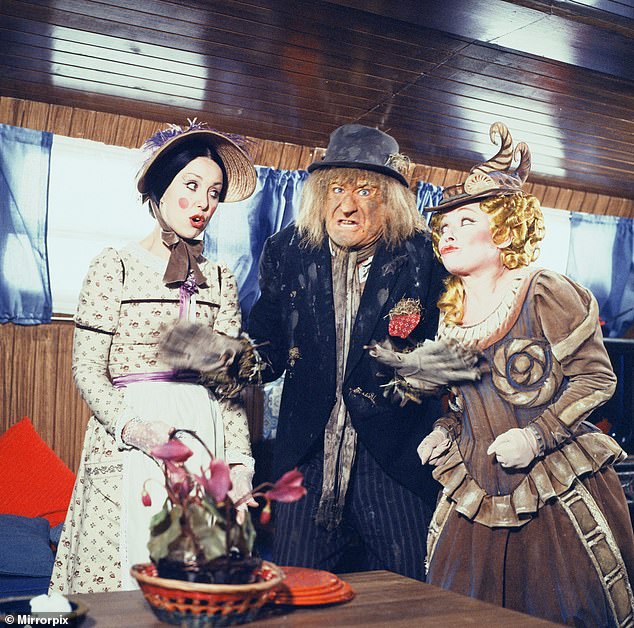 Una Stubbs played Aunt Sally (above) in the 1979-1981 version of Worzel Gummidge, alongside Jon Pertwee as Worzel and Barbara Windsor as Saucy Nancy 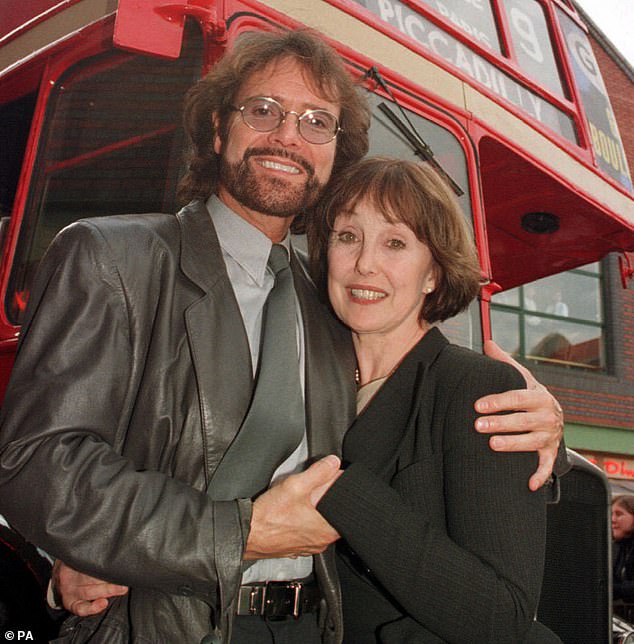 Sir Cliff Richard with Stubbs in Birmingham in 1996. Summer Holiday helped to make her name alongside Sir Cliff in 1963 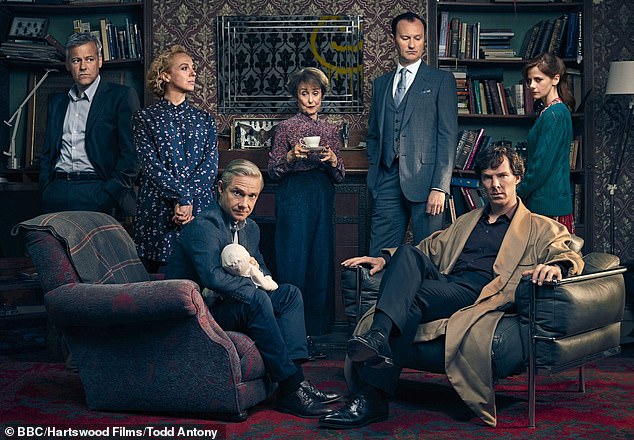 Una Stubbs as Mrs Hudson in the BBC’s Sherlock, in which she starred with Benedict Cumberbatch and Martin Freeman

Among those paying tribute today was Sherlock creator Steven Moffat, who described Stubbs as ‘just about the kindest, nicest, funniest person you could meet’, and added: ‘The loveliest light on Baker Street has gone out.’

Stubbs was also known for rolls in shows including Worzel Gummidge, Give Us A Clue, The Worst Witch, EastEnders and Murder on the Blackpool Express.

In addition to her work as an actress, she was also a keen amateur painter who had her work displayed at the Royal Academy in London.

In 2015, Stubbs said that when playing the part of Mrs Hudson, she treated her co-stars Cumberbatch and Freeman, who played Sherlock Holmes and Dr Watson respectively, the way she treated her own sons.

Paying tribute while referencing some of her famous roles, her son Christian Henson wrote: ‘Some of you may have known her as Rita, as Sally as Bat or Hudson but to my two brothers and I she was known as Mum.

‘Thanks for everything Mum RIP.’

A family statement said: ‘Mum passed away quietly today with her family around her, in Edinburgh. We ask for privacy and understanding at this most difficult and sad of times.’ 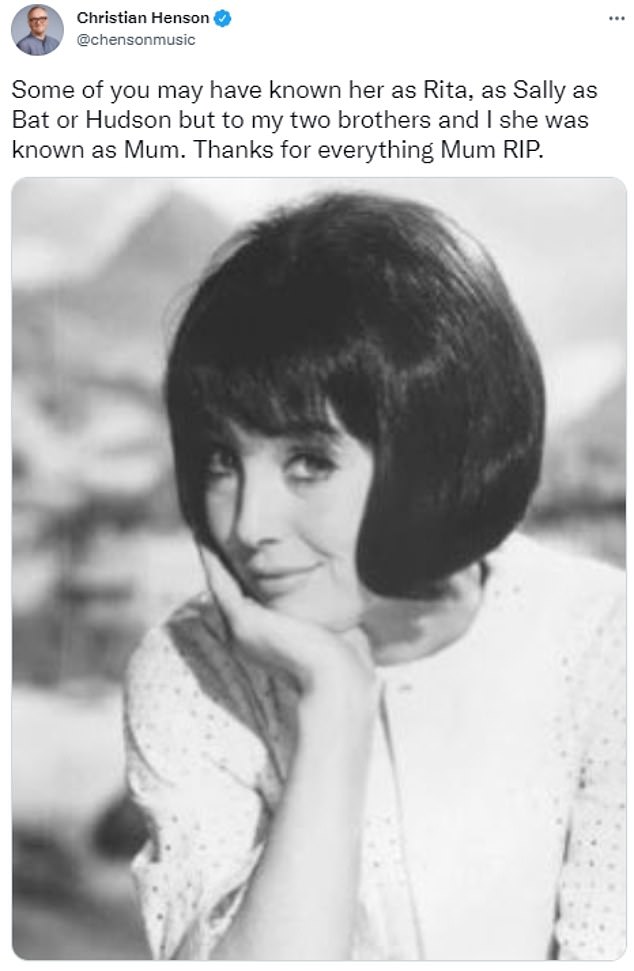 Stubbs married Nicky Henson in 1969, before they split in 1975. The couple had two sons, Joe and Christian, who are now composers. Christian tweeted today: ‘Some of you may have known her as Rita, as Sally as Bat or Hudson but to my two brothers and I she was known as Mum. Thanks for everything Mum. RIP’ 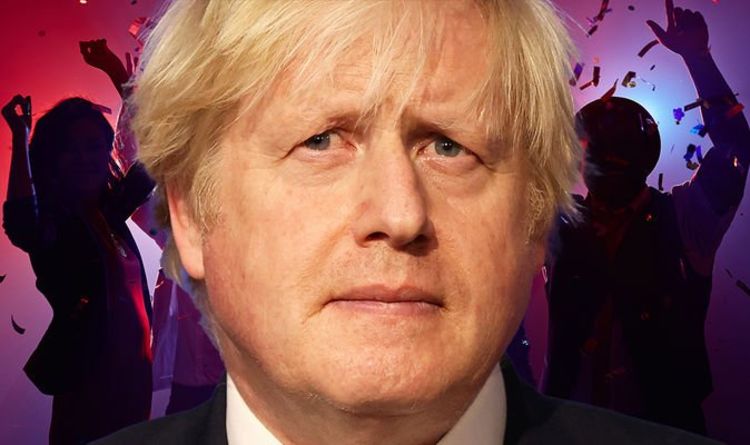