Nearly 79,000 people were without power in eastern Michigan Wednesday due to severe storms and trees down on top of power lines.

With possible tornadoes in Sioux Falls, South Dakota, authorities are warning not to go into the city due to extensive damage and power lines being down. 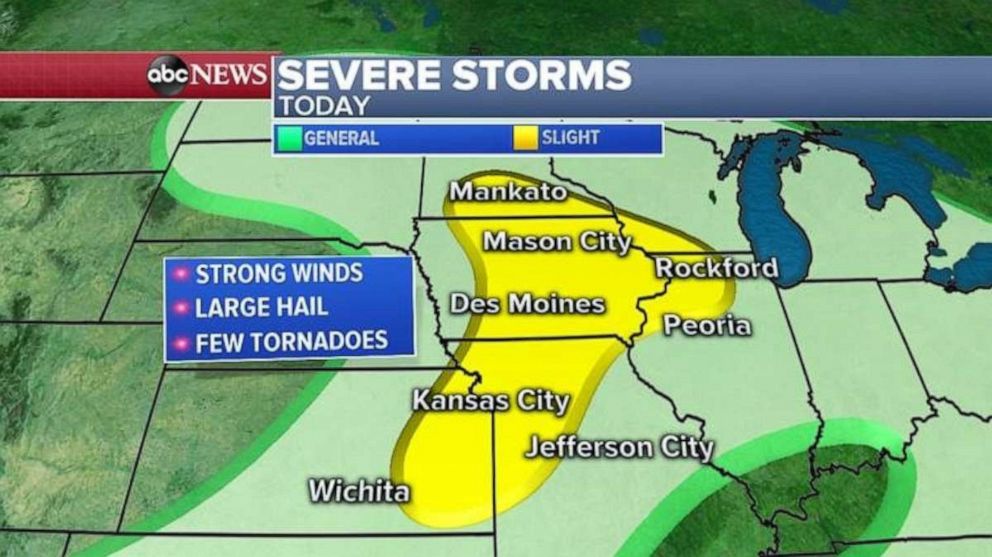 Half a foot of rain also fell in parts of southern Minnesota and eastern South Dakota, where flash flooding is reported this morning.

As the storm system moves east, severe storms will develop this afternoon from Wisconsin all the way down to Kansas. The biggest threat with these storms will be damaging winds, with tornadoes possible in Iowa and southern Minnesota. 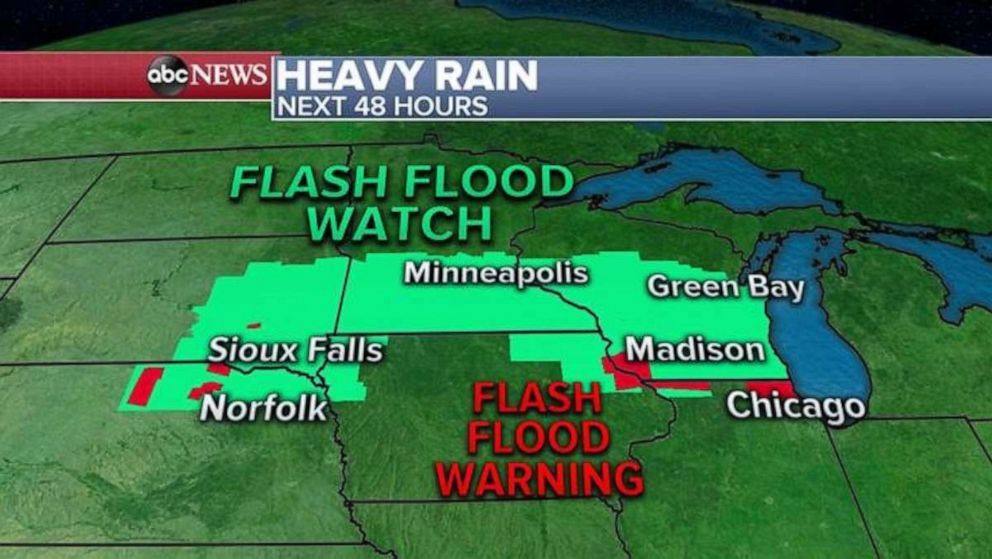 Flash flood watches and warnings stretch from Nebraska all the way to Wisconsin, as storms will continue to move over the same area and more flooding is expected in the next 24 hours.

Two systems in the Atlantic Ocean may see possible development. The most imminent threat and highest chance for development into a tropical cyclone is the system near the southern Bahamas.

This system has a 70% chance for development into a tropical depression or storm over the next several days.

It could go either into the Gulf of Mexico or east of Florida. 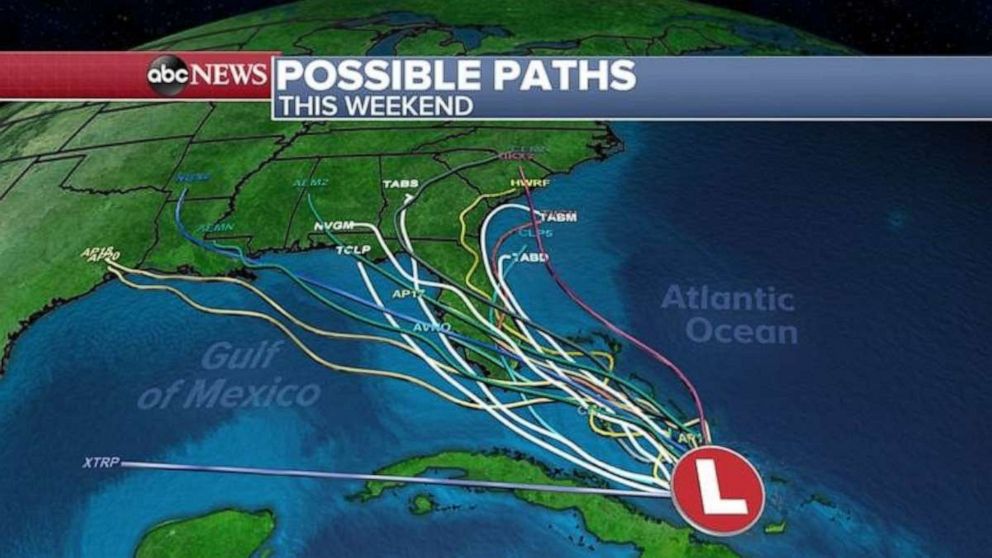 Regardless of its path, the system is not forecast to be very strong — but heavy rain and gusty winds are forecast over the Bahamas and Florida into the weekend.