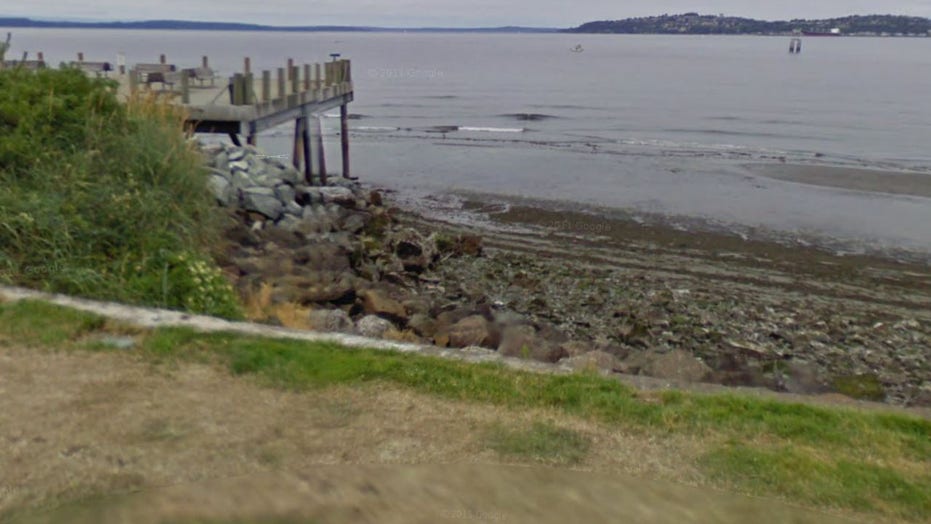 A 62-year-old Washington state man was in custody Thursday, suspected of killing a couple whose remains were found by teens in a suitcase on a West Seattle beach in June, according to authorities.

The detained man, who was not identified, had rented a room to the couple and was involved in a dispute with them over payment, court documents said.

Both victims had died from gunshot wounds, according to reports.

Detectives arrested the suspect at a residence in Burien, a suburb just south of Seattle, police said. He was interviewed and then booked into the King County Jail, with bail set at $5 million, Q13 FOX of Seattle reported.

On Thursday, a judge in King County found probable cause to hold the man on investigation of murder, a spokesman for the prosecuting attorney's office told the Seattle Times. 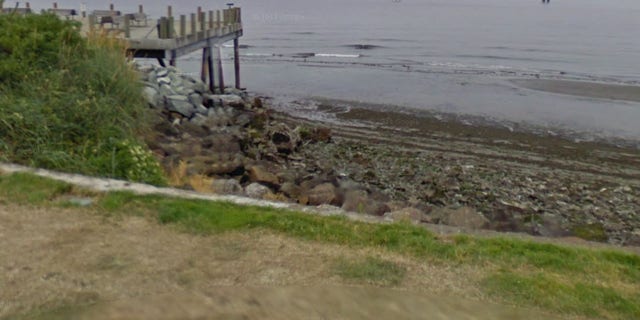 Police said the human remains were found in "several bags" near the 1100 block of Alki Avenue SW, near Alki Beach in West Seattle.
(Google Earth)

The remains were found by a group of teens who were on a kind of scavenger hunt. They filmed the suitcase that washed up near shore at Duwamish Head on June 19. They opened it while recording for a TikTok post and found plastic bags with the remains inside.

According to Seattle Police, the teens called authorities and waited several hours for officers to arrive. By then the suitcase was nearly washed out to sea by the ebbing tide.

Authorities would identify the remains as those of Jessica Lewis, 35, and Austin Wenner, 27, leaving family members in disbelief, Q13 FOX reported.

“I couldn’t believe that was their story, because I’d been it trying to look for them. … Not in a million years did I think that was them,” said Gina Jaschke, Jessica’s aunt. “I want to believe they didn’t suffer."

Family members said Lewis and Wenner were a couple and had been together for years, reports said.

Detectives would learn the suitcases belonged to the 62-year-old man, who had been renting a room to the couple during the city's quarantine period when they failed to pay rent, probable cause documents said.

The Medical Examiner’s Office ruled their deaths as homicides and determined they both died of gunshot wounds, according to the paper.

Police had obtained a search warrant for the home just weeks before the bodies were found after neighbors called police to report gunfire.

Upon entering, they found bullet holes and blood inside one of the rooms. Authorities would later interview the man who failed to explain the gunfire or bullet holes and wasn't sure whose blood was in the home, according to the Seattle Times.

Seattle police said the case remains under an "active and ongoing investigation."

ASX DLT Transition To Be Delayed Further Due To Capacity Upgradation

Coronavirus cases flattening across UK as new measures ‘start to work’, latest app data shows
We and our partners use cookies on this site to improve our service, perform analytics, personalize advertising, measure advertising performance, and remember website preferences.Ok