Russians ‘almost cut off’ in north as Ukraine fightback surges

Ukraine: Soldier cheers on comrades during advance in Kherson

The defending military has made a series of advances in recent days as it looks to take back areas of tactical advantage in the Kharkiv oblast. It is hoped the latest offensive will be used as a springboard for an offensive on the occupied city of Izyum.

Yesterday, Ukrainian President Volodymyr Zelensky announced the city of Balakliya had been liberated from Russian control.

In video footage, Ukrainian troops were captured pulling a Russian flag down from a radio tower in the small town of Yasynuvate (not to be confused with the Donetsk city) and replacing it with the Ukrainian flag.

The tower sits some 50km to the east of Balakliya, suggesting Zelensky’s men have penetrated far into Russian occupied territory, and look to cut troops in the north off from their stronghold in the south. 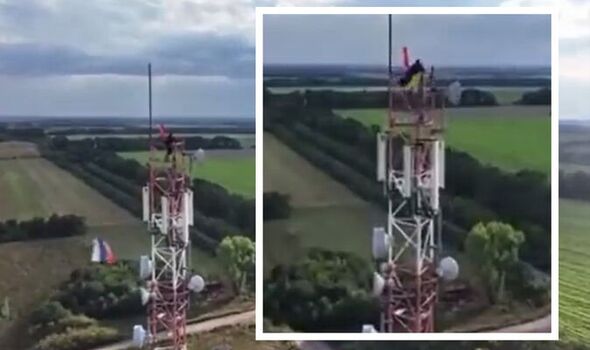 After using Western-supplied missiles to effectively cripple the Russian military operation in the south, forcing Vladimir Putin to move beleaguered soldiers to the front between Kherson and Mykolaiv.

But Ukraine’s armed forces instead spent the past few days launching counter-attacks in the north, perhaps in an effort to surprise the enemy.

The liberation of Balakliya has strategic as well as symbolic significance.

According to Ukraine’s Centre for Strategic Communications (Stratcom), it “creates an opportunity to develop an offensive on Izyum and Kupyansk”, a town on the River Oskil. 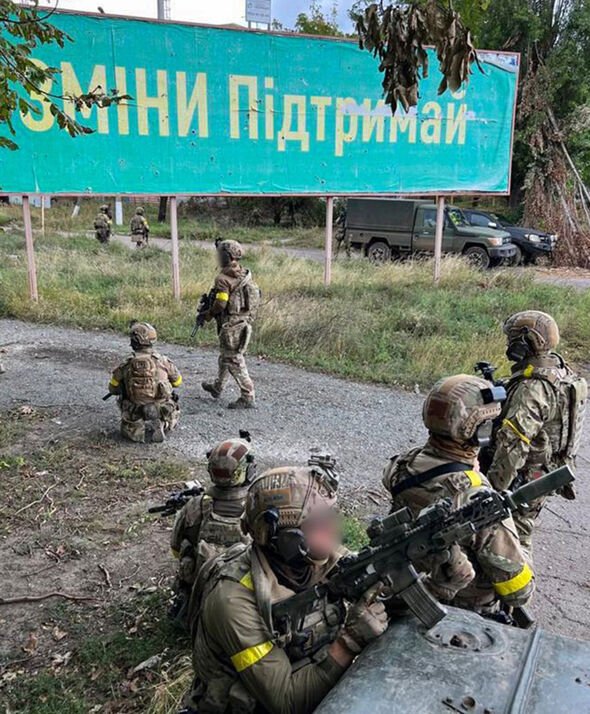 All are “important logistical centres” for the Russian army, as they are used as vital staging posts for the supply of military equipment to the front line.

It is hoped that the Ukrainian armed forces’ latest assault will “complicate Russian logistics and expose their rear”.

Stratcom added: “It will be difficult to organise alternative supply routes due to the peculiarities of the area.”

Attention now turns to the captured city of Izyum, where Russian troops are in danger of being encircled. 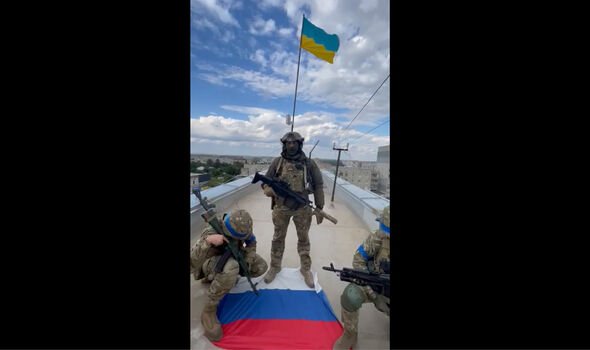 Stratcom said access to the Oskil reservoir on the other side of the river with the same name “will actually cut off the enemy group in Izyum from the rear.

“The Russian military will be surrounded.”

The raising of the Ukrainian flag over the radio tower in Yasynuvate shows how far the defending forces have been able to push behind enemy lines.

Maps published by news outlet Visegrad24 show it would provide a corridor from Balakliya nearly to the western banks of the River Oskil. 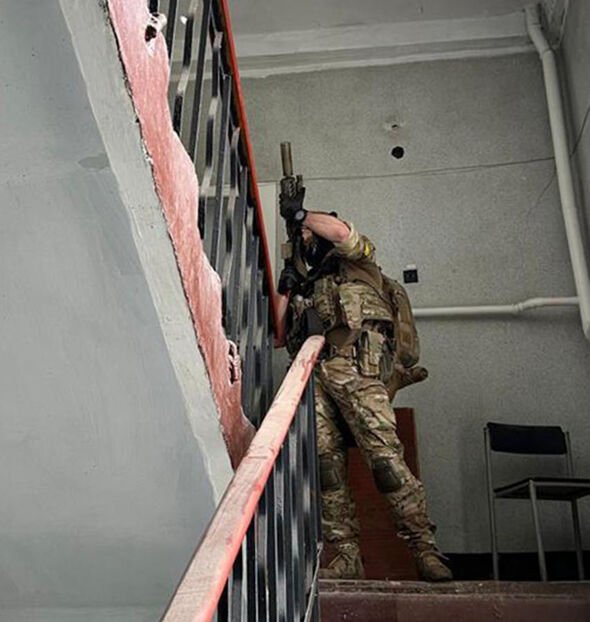 Mr Zelensky said on Thursday that his military had retaken more than 1,000 square kilometres of territory since the beginning of September.

He commented: “As part of ongoing defence operations, our heroes have already liberated dozens of settlements.

“And today this movement continued; there are new results.”