Footage posted on social media showed two Russian tanks emblazoned with the letter Z, known as the Russian symbol of war, being transported on the back of lorries through Ukrainian territory. It is believed the two tanks will be used against Russian forces as Ukraine continues to try to repel the invading army. It comes as a Ukrainian military official claimed Putin is “preparing a hostile counter-offensive” in the Kherson region to try to gain its administrative centre after a month of making relatively little ground.

Ukraine said on Wednesday that Russia had started creating a military strike force aimed at President Volodymyr Zelensky’s hometown of Kryvyi Rih and warned that Moscow could be preparing new offensive operations in southern Ukraine.

In its regular update on the war in the south, Ukraine’s southern military command described the situation as tense and said Russia attacked along the frontline on August 2.

The steel-producing city of Kryvyi Rih, where Mr Zelensky grew up, lies around 50 km (30 miles) from the southern frontline. 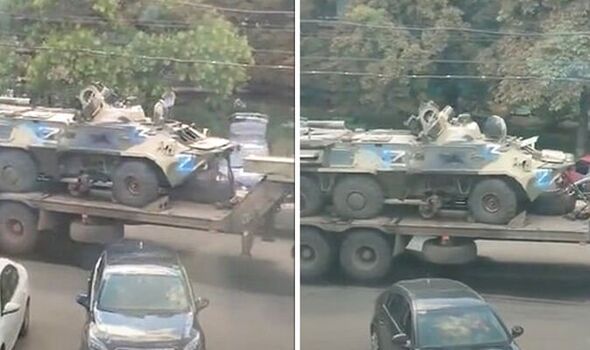 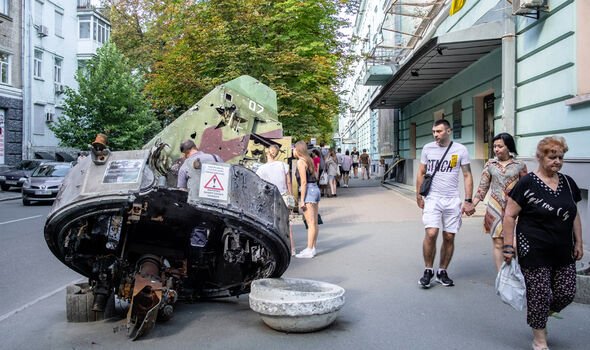 “It’s also quite likely that the enemy is preparing a hostile counter-offensive with the subsequent plan of getting to the administrative boundary of Kherson region.”

Russia holds swathes of Ukraine’s south that it captured in the early phases of its February 24 invasion, but Kyiv has said it will mount a counter-offensive of its own. It said on Tuesday it had already recaptured 53 villages in the occupied Kherson region.

Ukraine has been trying to ratchet up pressure on Russia’s positions in the strategically important Black Sea region of Kherson and has used Western-supplied long-range weapons to conduct strikes on Russian supply lines and ammunition dumps.

Ukraine’s military said in a statement that Russian forces were scoping out basements in the region to turn them into bomb shelters to store military hardware. 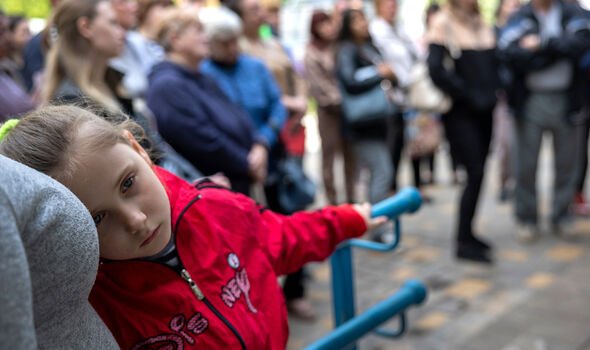 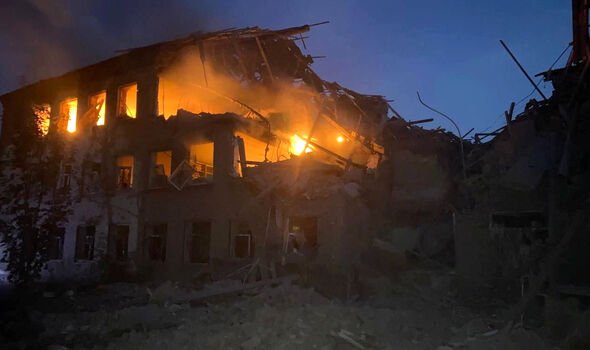 Late on Tuesday, Mr Zelensky described the fighting on parts of the eastern frontline in the heavily industrialised Donbas as “just hell” in his nightly address to the nation.

Russia has not claimed any major territorial gains in its invasion since it claimed to have captured Ukraine’s eastern Luhansk region around a month ago.

But on Tuesday, Ukraine’s military command acknowledged that Russia had had “partial success” in the “Donetsk-Pisky direction” around the city of Donetsk, which is held by Russia and Russian-backed separatists. 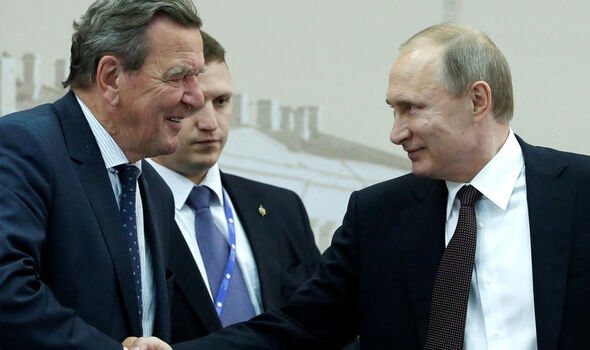 Ukraine also said on Wednesday that any negotiated peace settlement with Moscow would be contingent on a ceasefire and the withdrawal of Russian troops, brushing off comments by ex-German chancellor Gerhard Schroeder.

Mr Schroeder, who is a friend of President Vladimir Putin, said he met the Kremlin leader in Moscow last week and that Russia wanted a “negotiated solution” to the war, adding that there was even the possibility of slowly reaching a cease-fire.

In response on Wednesday, Ukrainian presidential adviser Mykhailo Podolyak described Schroeder derisively as a “voice of the Russian royal court”. He added: “If Moscow wants dialogue, the ball is in its court.”